Grading the deals: At the NBA trade deadline, a flurry of small-potatoes moves

Washington Post national NBA writer Tim Bontemps hands out his grades for some of the biggest deals before the NBA's trading deadline.Oklahoma City Thunder get Taj Gibson, Doug McDermott and a 2018 second-round pick; Bulls get Cameron Payne, Joffrey Lauvergne...

Washington Post national NBA writer Tim Bontemps hands out his grades for some of the biggest deals before the NBA's trading deadline.

Grades: A for Oklahoma City, C- for Chicago

Oklahoma City did an excellent job of using its roughly $7 million in cap space to acquire Gibson, who should become their starting power forward, and McDermott, who can give them some shooting on the wings — something the Thunder desperately need. Getting a second-round pick on top of it is a nice bonus. Now the Thunder can potentially hang on to Gibson as an unrestricted free agent this summer and McDermott gives OKC insurance in case restricted free agent Andre Roberson gets a big payday this summer, as well.

For Chicago, this trade is simple: clearly, the Bulls feel like Cameron Payne, the No. 14 pick in the 2015 NBA draft, can be their starting point guard of the future. If he becomes a quality player, this will be a good trade for them. If he doesn't, it's a pretty big haul to give away, especially considering McDermott was worth several picks to both trade up for in the 2014 NBA draft and to dump Anthony Randolph's contract later as a cost of doing so. Lauvergne and Morrow are both expiring contracts, and that is likely the extent of their interest from the Bulls' side (though Lauvergne will be a restricted free agent this summer).

Grades: A for Toronto, B for Phoenix

This was a terrific move for Toronto, giving the Raptors another defensive presence to go with Serge Ibaka. Toronto over the past week has added significant depth and defensive versatility to its roster, and have re-established themselves as the top challenger to the Cleveland Cavaliers in the Eastern Conference.

Grades: A for Brooklyn, B for Houston

This, like taking on Andrew Nicholson on Wednesday, is exactly what the Nets should be doing. McDaniels has never really turned the promise he had in the 2014 NBA draft into production, but he should get a chance to play in Brooklyn. If he doesn't do anything, the Nets can simply decline his option for next season. If he does something, then it's found money. For a team with no talent or assets to speak of, it's a good move to make — and saves them money to boot, as they were below the salary floor.

Houston did a nice job of shedding the salaries of both McDaniels and Ennis for free, saving them over $3 million to use on the buyout market. We'll see if someone shakes free worth pursuing with that money, but at least the Rockets have the ability to do so.

This was simply about getting to the salary floor for the Nuggets. Adding Hibbert will save them several million dollars, and he will not play for them at all. Hibbert only recently arrived in Milwaukee after being sent there from Charlotte in a salary-shedding move, for Miles Plumlee.

The Bucks will very likely never see the second-round pick in this trade, but will also save some money between now and the end of the season that would've gone to someone who had no part of their future.

The Lakers get Ennis, Dumanbet a young prospect who has done little since being drafted after leaving Syracuse early in 2014, to try out for the final six weeks of the regular season before he becomes an unrestricted free agent.

For the Rockets, this deal is about saving money. In tandem with sending out K.J. McDaniels, Houston is now over $3 million under the salary cap to use on the buyout market for whomever shakes free.

This is a weird trade for both sides. For Dallas, getting Noel is a worthwhile gamble, since he turns 23 in April and has the potential to be the kind of difference-maker defensively at center that the Mavericks have been lacking for years outside of a stint with Tyson Chandler. There's a reason Noel's asking price was low, however; the market is flush with centers, he's been injury prone and he's about to be a restricted free agent who will be in line to get paid handsomely by Mark Cuban. How much Noel gets paid will likely wind up determining the value of this trade for Dallas moving forward.

Philadelphia clearly made moving on from at least one of Jahlil Okafor or Noel a priority before today's trade deadline, given that the team has its center of the future in Joel Embiid and can't play all three of them. And, as stated above, the value for Noel was already low (as it is for Okafor, for different reasons) and it was clear to everyone outside of Philadelphia that the Sixers had to do something. The calculus here was likely that because Noel is about to be paid, it is better to get off of that responsibility and give Okafor a chance to rebuild his trade value, given that he still has two years left under contract.

Meanwhile, getting Dallas's second rounder this year and next — assuming the Mavericks don't somehow make up the 9.5 games they trail the current No. 19 pick in the draft, the Oklahoma City Thunder, by at the moment — is at least some return on investment draft-wise for the Sixers, while getting Justin Anderson gives Philadelphia a wing with two years remaining on his rookie scale contract. Anderson shot well from three-point range before entering the 2015 NBA draft at Virginia, but has struggled with his shot in the pros. Like Noel's contract, if Anderson can improve that jumper moving forward, it could improve the Philadelphia side of the trade.

Grades: A for Philadelphia, B for Atlanta

Another trade that's hard not to like for either side. Atlanta gets another big man who can space the floor with the addition of Ilyasova, who has now been on five teams in the past 12 months, going from Detroit to Orlando to Oklahoma City to Philadelphia and now Atlanta since the end of last season. But he has played well for the 76ers, averaging 14.3 points and 5.9 rebounds, and should provide some nice depth behind Paul Millsap for the rest of the regular season. Given that Splitter has been injured and hasn't played this season, getting Ilyasova for him — even at the cost of a second and a swap of another one — is a good one to make.

For Philadelphia, this trade makes sense. The Sixers move on from Ilyasova, who was going to be a free agent this summer anyway, get back another expiring contract in Splitter they could potentially flip in another trade, get a second-rounder that will probably convey from Miami and also will jump up several spots in the second round by swapping Atlanta's second for Golden State's. Meanwhile, moving Ilyasova also opens up more time for rookie Dario Saric to play and could potentially also clear the way for Ben Simmons to enter the rotation soon, if he's cleared to return from his broken foot.

Grades: B- for Washington, A- for Brooklyn

From Washington's standpoint, this trade does two things. First, it gets them a scorer off the bench in Bogdanovic, who averaged 14.2 points on 35.7 percent shooting from three-point range in 27 minutes per game as a starter in Brooklyn. He should benefit greatly from playing alongside John Wall, one of the NBA's best point guards at finding shooters, and should allow Bradley Beal and Otto Porter Jr. to both play fewer minutes, which will help. Long-term, by dumping Nicholson's next three years of salary, Washington will have no issues matching whatever contract Porter gets offered in free agency this summer. McCullough basically hasn't played since being drafted in 2015 after tearing his anterior cruciate ligament during his lone season at Syracuse, but gives Washington a cheap, long forward to take a look at over the next few months before deciding on his fourth-year player option.

As for Brooklyn, the Nets did exactly what they should be doing: using their cap space to take on bad contracts in exchange for draft assets. Washington's pick is likely to be in the 20s (currently it would be 24th), but the Nets need to pick up as many assets as they can moving forward, and this is a good way of doing it. Nicholson didn't work out at all in Washington, but is a big who can stretch the floor - something Nets Coach Kenny Atkinson values. The Nets have every reason to play him and see if he can recover his value. Either way, getting another first rounder in a good draft is reason alone to praise this deal for Brooklyn.

Grades: B+ for Houston, B+ for Los Angeles

This is a trade with big benefits for both teams. Let's start with Houston, which accomplishes two things with this deal: First, it gives Mike D'Antoni another shooter and shot creator to utilize alongside James Harden and Eric Gordon. Williams is a bit one-dimensional — and plays no defense — but is a nice player on a cheap contract through next season. More importantly, he replaces a player who wasn't doing much for Houston in Brewer, who was 10th on the team in minutes and whose lack of shooting is a bad fit for D'Antoni's offense.

For the Lakers, this is all about the future — and, specifically, picking up another pick in a strong 2017 NBA draft. Los Angeles needs to continue to collect long-term assets to keep rebuilding and having Williams around this season was doing absolutely nothing for them (and, given Williams can score, he actually could hinder their tanking efforts to try to keep their pick). Brewer being signed through next season doesn't hurt, and he is a great locker room presence to have around a young team. 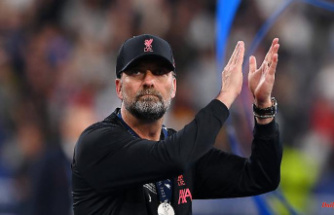 In determining outcomes of games, what's the rush,...