"It was just a bad party": Formula 1 star apologizes to his wife

The Formula 1 detour to Monaco developed into his only triumph for the Red Bull driver Sergio Perez. 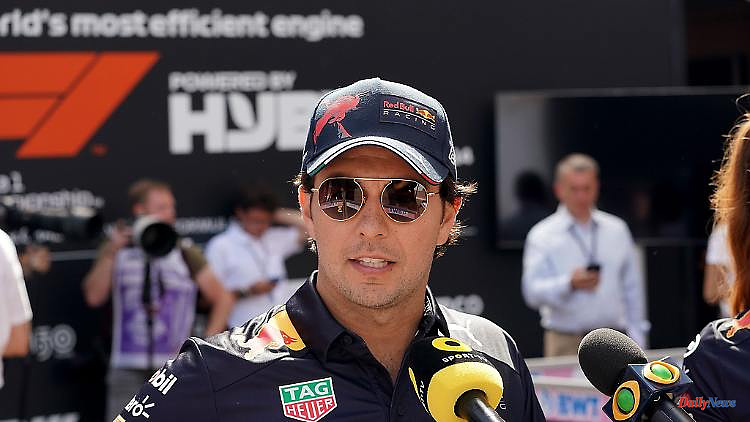 The Formula 1 detour to Monaco developed into his only triumph for the Red Bull driver Sergio Perez. He wins the race in the narrow streets of the principality and then lets it rip. The triumphal procession ends with a hangover and an apology to his wife.

Sergio Pérez is in outstanding form at the Formula 1 weekend in Monaco, celebrating his first win in the Principality.

The jubilation was great. Videos that circulated on the internet show just how big. The apparently heavily drunk 32-year-old was sometimes filmed dancing with a strange woman. His wife Carola, who gave birth to their third child before the Barcelona race, was not in the pictures. The Mexican now spoke up via his Instagram story and reported on his not so successful appearance after the great triumph.

"I've seen the videos that are circulating about me and I take responsibility for it," said the Mexican, explaining: "It was a bad party and I didn't know how to control myself. But it was just that: a bad party." People who are close to the 32-year-old know what values ​​he represents.

Pérez vehemently denied a marriage crisis. "For those who ask me: my wife and I are more united than ever," emphasized the Red Bull driver and at the same time sent a message: "I wish only the best to those who want to hurt us, thank you everyone for your love and my apologies to everyone who loves me because these videos don't represent me at all."

There will be no further comments. "We're not going to talk about this topic, which will only make us forget the great moment we're going through as a family," he concluded. Should the Mexican be able to maintain his great form, he will probably have something to celebrate again in the near future. Then under different conditions.

1 Press comments on the victory of legends: "Nadal... 2 LNG export via neighboring countries?: Habeck advertises... 3 Tampa Bay crowns wild comeback: Ondrej Palat's... 4 Hesse: 200,000 euros in damage in a fire in a barn... 5 Kremlin in financial distress: Russia is on the verge... 6 Bayern: "Hard piece of work": Fürth starts... 7 Baden-Württemberg: Drunken men handle with blank... 8 Change to FC Augsburg fixed ?: Reports about Coach... 9 Nadal trembles for his career: the king for whom there... 10 Miscellaneous facts. Ardeche: The roof of a Chateaubourg... 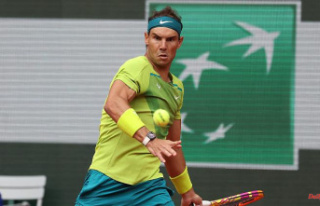 Press comments on the victory of legends: "Nadal...