Today's TV expert Michael Ballack almost ended up at SV Meppen, but then he started a world career. 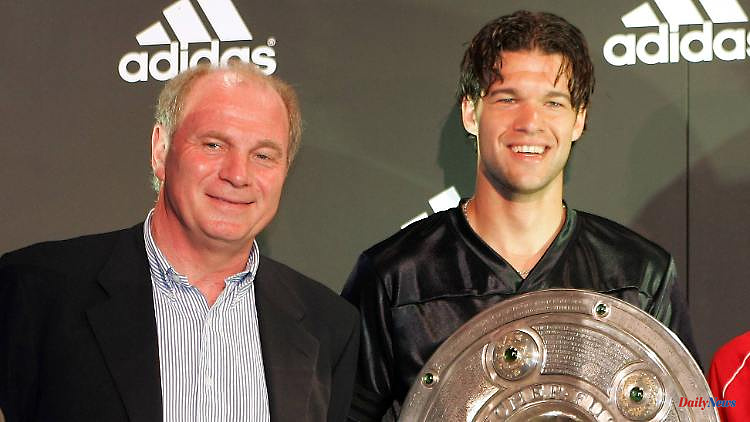 Today's TV expert Michael Ballack almost ended up at SV Meppen, but then he started a world career. At Bayern Munich, however, the hustle and bustle got so big that the manager at the time, Uli Hoeneß, was afraid for the young star.

Yesterday often nothing worked at all - even if Michael Ballack really wasn't to blame for that. The problems of the streaming service DAZN in the Bayern game against VfL Wolfsburg were of a purely technical nature, but quite a few users online linked their criticism of the broadcaster with a scolding of the commitment of the new expert Ballack. A lot of money for former footballers, little money for a functioning technology - that was the tenor of the disgruntled consumers. Even if you can understand the disappointment of the (non-) viewers, one thing has less to do with the other.

That criticism of the new expert Michael Ballack is still appropriate is another matter. Because the happy users, who received DAZN without any problems, could clearly hear several times during the ninety minutes in the Munich Arena that the former national player was still a little strange with his new role. This was particularly noticeable during the first half, when Bayern were in an urgent phase, had several good chances to score in quick succession and Ballack made general comments about a player calmly and in detail, without reference to the game, as if on the green lawn a drinking break had just been ordered by the referee.

In moments like this, some viewers might wish for a little less general chatter and more direct reaction to the game. Ballack always proves that the comments and opinions of the multiple German champions are worth listening to and entertaining when he is asked in the talks about the matches.

And he will certainly work on his live style as meticulously and conscientiously in the future as he did on the pitch in the past. Because without question, Ballack was an outstanding soccer player. The former professional Jean-Michel Larqué once put it very aptly as a co-commentator on French television when he spoke admiringly about the elegance of the German national player: "That's the difference between a pianist and a furniture mover who is always on must look at his feet."

The German TV legend Heribert Fassbender once said otherwise, but also appreciatively: "Even half a ballack is always good for a whole goal." And the native of Görlitz has always been someone who wanted to aim high. Incidentally, even then, not always to everyone's satisfaction - especially not the journalists, as a crazy and exemplary story from the past of young Michael Ballack shows.

When a young reporter noticed his playful dominance in the middle of the turning point in Chemnitz in 1990, he asked Ballack what his dreams were. The youngster replied that he would like to play in the Bundesliga later and preferably at SV Werder Bremen. The journalist didn't like it at all. He preferred to see the talent at the home club. And so he wrote a snarky comment about Ballack, advising him not to hold his head too high. The result: young Michael didn't want to go to training the next day and locked himself in his room. Nothing helped. Ballack no longer wanted to play in and for Chemnitz. His father then tried to accommodate the young talent at SV Meppen. Shortly afterwards he finally landed in Kaiserslautern.

And after a stint at Bayer Leverkusen, Ballack then came to FC Bayern Munich after the 2002 World Cup, in which he played an outstanding and tragic role (when he was suspended and missed the final). There, the fans received "their Michi" in the training camp with deafening screeches and so much exuberant enthusiasm that the emergency doctor had to be called several times because some fans had to regain their senses. At some point things got so out of hand that the then manager of FC Bayern Munich, Uli Hoeneß, had to intervene because he was afraid for his young star. He reacted to the press with concern and irritation: "Stop playing the Ballack. Leave him alone. It's unbearable. It's not a superman!"

And in fact, it took Michael Ballack some time to get used to his new role with the record champions. But the titles that he finally collected in the years up to 2006 with Bayern before moving to England to Chelsea speak for themselves. And so you can be sure that he will also find his position at DAZN in the next few weeks - at least as long as the streaming service is technically working properly for everyone again.

1 The reason could be an accident: hundreds of dead... 2 Heated battle of words: played audio file from Bushido... 3 He doesn't have it with organization: Johnny... 4 Eight savings tips: How to offset rising energy costs 5 The day of the war at a glance: Ukraine wants Wagner... 6 “Had no more symptoms”: Lauterbach rejects allegations... 7 Dissent with Finland: Scholz rejects a general entry... 8 "What we can deliver": Norway is pushing... 9 At the age of 95: Gina Lollobrigida wants to go to... 10 Baden-Württemberg: lawyers: "lateral thinking"... 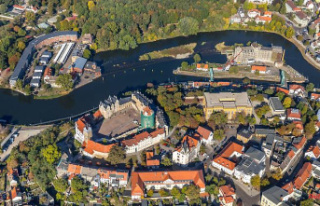 The reason could be an accident: hundreds of dead...