The German darts fairy tale at the World Championships in London continues: Gabriel Clemens sensationally wins 5:1 against world number one Gerwyn Price and advances to the semi-finals. 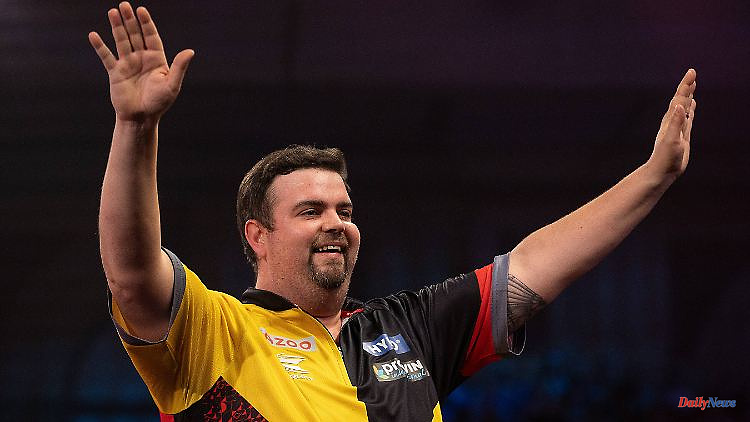 The German darts fairy tale at the World Championships in London continues: Gabriel Clemens sensationally wins 5:1 against world number one Gerwyn Price and advances to the semi-finals. The next top player is now waiting there.

The darts world championship is richer by a memorable evening, not only from a sporting point of view. Gabriel Clemens is sensationally in the semifinals, beating world number one Gerwyn Price 5:1. The "Iceman" is so frustrated and desperate after the fourth sentence that he suddenly plays with headphones because of the boos from the audience. That has never happened before.

None of that helped. The act of desperation seemed to throw Price even more astray. Clemens also grabbed sentence five, for the sixth round Price suddenly appeared again without headphones, but with earplugs. That didn't help either. Gabriel Clemens used his first match dart to win and, after a German made it into the quarter-finals for the first time, is now also in the semi-finals for the first time.

Price started out strong at first. The "Iceman" won the first set in a hurry. For the three legs he needed just 42 darts, an outstanding value. But Clemens also quickly found his strong form from the previous three World Cup games. Price missed a few chances in the second set, Clemens hit the eight millimeter narrow triple field more and more often. The 1:1 equalization in the sentences was logical.

In set three, Price again gave the first signal with six perfect darts, but that wasn't sustainable. Rather, Clemens, who meanwhile had an average of 107 points per shot, took the sentence himself. He could even afford to miss seven darts to win the set, attempt number eight finally brought the "German Giant" a 2-1 lead.

The picture was similar in set four: Clemens had a better scoring than the world number one, and was again able to make many mistakes when throwing the doubles. The round still went 3-1 to the Saarlander. "It's unbelievable. Thank you, Germany," gushed from a completely overwhelmed Gabriel Clemens on "Sky Sports".

In the semifinals on Monday evening, Price now meets Michael Smith. The "Bully Boy" won the duel with his English compatriot Stephen Bunting 5:3 in the afternoon. His performance wasn't a glorious achievement, though; outsider Bunting should have won the game. But his recent strong double rate let "The Bullet" down. Smith, who hit triple fields far less often than Bunting, benefited from many of his opponent's mistakes. "That wasn't my best performance today. I played half of the game rubbish, but sometimes you just win dirty," concluded Smith, who said he "put himself under too much pressure".

The first quarterfinal on New Year's Day was also decided after eight sets. Dimitri Van den Bergh made Belgian darts history with his 5-3 win over Jonny Clayton. The 28-year-old reached the semi-finals for the first time in the third attempt and is now the first Belgian in the semi-finals of the Darts World Cup. "I'm so happy. I was allowed to extend the hotel for another night, I don't have to get up at 6.45 a.m. tomorrow morning, I can sleep in. That means I did good things at this World Cup," said Van den Bergh to ntv.de.

On the last two days of the tournament, there are no longer any of the afternoon games that are rather unpopular with the players. So Van den Bergh can start the day very relaxed before he has to deal with top favorite Michael van Gerwen or the English outsider Chris Dobey in the semifinals in the evening. 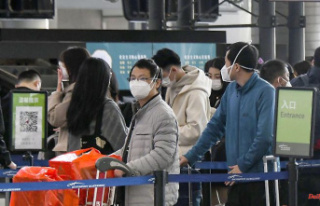