The German national soccer team has long since returned home after the World Cup debacle. 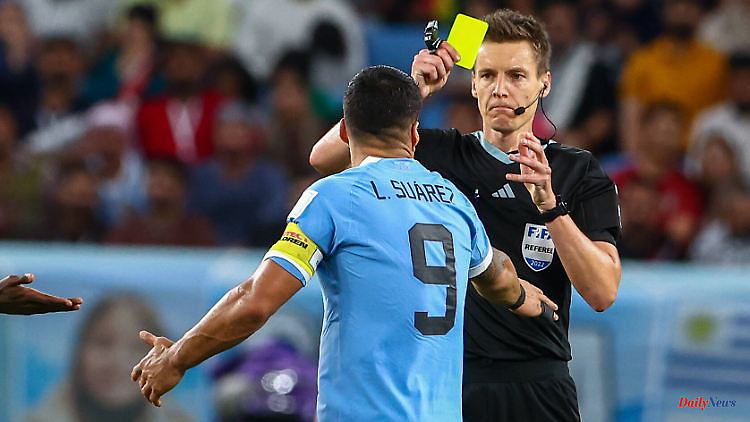 The German national soccer team has long since returned home after the World Cup debacle. The German referee Daniel Siebert must now also return home. Above all, the scandal in Uruguay probably ensures that he is not allowed to whistle another game.

Twice Felix Brych, now Daniel Siebert: Being eliminated from the preliminary round is slowly becoming a sad habit, not only for the national team - the German referees can't make it into the knockout rounds of the World Cup either. The last DFB referee in the decisive phase of the tournament was Wolfgang Stark, who made it to the round of 16 in South Africa in 2010. It was no surprise that Siebert didn't make it that far.

Uruguay's football bullies were primarily responsible for Siebert's journey home. After their premature failure, the South Americans attacked the referee massively. Captain Luis Suárez's side fell short of a goal to advance in the group final against Ghana (2-0). The Uruguayans blamed the Berliner for denying them a penalty.

The fact that the disciplinary committee of the world association FIFA has now started investigations against the association of the two-time world champion for violations of fair play, abusive behavior, misconduct by players and officials and discrimination did not help Siebert any further.

Although the 38-year-old only made two appearances in Qatar, he was satisfied with that. "I've achieved my sporting goal with two games at this World Cup," said Siebert, who, in addition to the game between Uruguay and Ghana, also directed the match between Australia and Tunisia (1-0), the "Bild" newspaper.

Despite the controversy after the Uruguay game, Siebert is "optimistic about the future" because there was positive feedback from colleagues. The German referee chief had also praised Siebert after the game with numerous controversial decisions. "Daniel Siebert was already there at the young age of 38 and was immediately involved in the game between Uruguay and Ghana, which was extremely difficult to manage. He brought his strengths and talents to his two appearances in Qatar and clearly demonstrated them," said Fröhlich: "In both games he represented German refereeing very well. That also applies to his demeanor and his dealings off the pitch. He can be proud of himself and look to the future with great confidence."

After all, Siebert made it to twice as many missions as Brych 2018 in Russia. At that time, the Munich player only whistled the explosive preliminary round match between Switzerland and Serbia (2:1). Brych was badly insulted by Serbian coach Mladen Krstajic for refusing to give the Serbs a penalty. Kristajic caused a scandal when he called for Brych to be brought before the war crimes tribunal in The Hague. It was that bad for Siebert, who had made it into the round of 16 last year at the European Championships, but not this time - his elimination from the preliminary round was sealed. 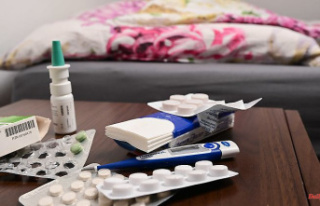