"Speak if I want to": Ronaldo makes the announcement and downplays Zoff

Cristiano Ronaldo is always in the spotlight. 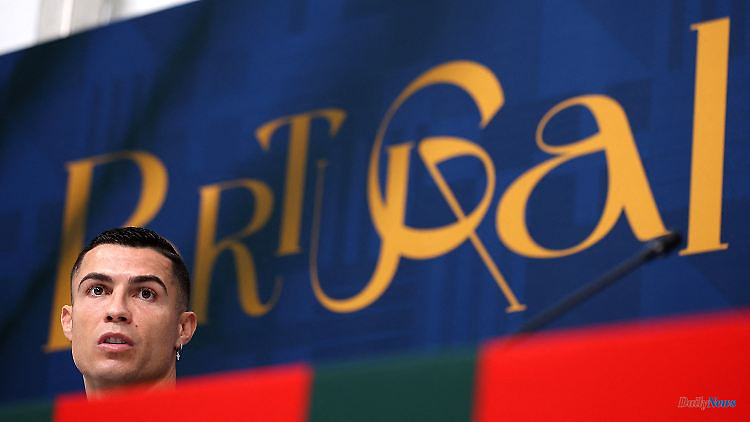 Cristiano Ronaldo is always in the spotlight. At the moment, however, with few positive reports, his settlement with Manchester United is still making waves - even in the Portuguese national team. At the World Cup, however, distraction is bad, so the captain makes a demand.

Football superstar Cristiano Ronaldo is not afraid that his whirlwind of interviews in the past week have decisively disrupted Portugal's preparation for the World Cup. "Timing is timing," said the 37-year-old at the Portuguese World Cup training camp in Al-Shahania near Doha. "I don't have to worry about what other people think. I speak when I want to." That has no influence on the World Cup. "That can't shake the team." He complained that everything revolving around him was "always a debate".

The Portugal captain publicly settled accounts with United last week on Piers Morgan Uncensored. The club then announced "appropriate steps" and are said to have hired a lawyer, a picture of him has already been removed from a poster at the stadium. It is very likely that he will never return to the club where his world career once began.

Since then, the Zoff and his unclear future have determined the debates surrounding the Portuguese World Cup preparations. "The atmosphere in the national team is excellent, there are no problems," said the offensive player, but also demanded: "Don't ask the other players about it anymore. Talk about the World Cup, don't talk about Cristiano Ronaldo anymore." He wishes that the team could now concentrate on the World Cup. "Constantly asking about Cristiano is boring. The topic is closed."

The much-discussed greeting scene with his teammate Bruno Fernandes is not stress at all, but rather a teasing among teammates. A video from the dressing room showed Ronaldo coolly greeting Fernandes. "I made a joke with him. He was late and I asked him if he came by boat," said the five-time world footballer. Such debates are normal before a tournament, Ronaldo said. It was a misunderstanding. Fernandes had already justified the scene by saying that both were joking with each other. "I have a great relationship with him," Ronaldo said of his teammates.

Portugal will start the World Cup in Qatar on Thursday against Ghana (17/ZDF, MagentaTV and in the ntv.de live ticker). This will be followed in Group H by the games against Uruguay (November 28) and South Korea (December 2). Ronaldo is contesting his fifth World Cup in Qatar, and the attacker is still considered an important player in national coach Fernando Santos' team. At his club Manchester United, however, he was no longer a regular player and had sharply criticized coach Erik ten Hag, among others. If the Portuguese do not win their group, a duel with record world champions Brazil is threatened in the round of 16. 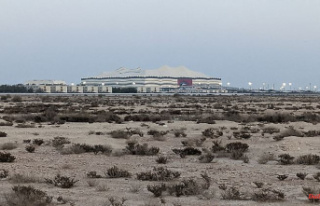 The diary of the World Cup in Qatar: Great chaos lurks...