What we know - and what we don't know: Who the hell will finally stop FC Bayern?

Careful, something could happen: FC Bayern will NOT become German champions. 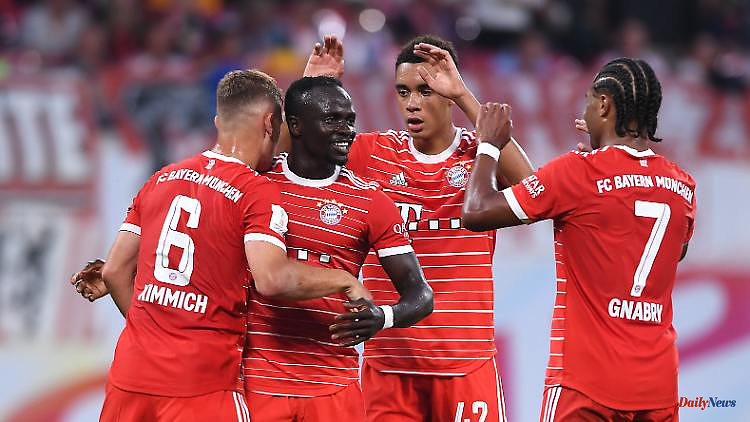 Careful, something could happen: FC Bayern will NOT become German champions. The world of experts, on the other hand, is committed to something else. What the new Bundesliga season can and cannot bring us. A flash analysis.

One thing is already clear: VfL Bochum will leave the 1st Bundesliga on May 27, 2023. One agrees in the expert world. After all. Because another law in the German upper house is overridden by the local chatter icons! It's hard to believe, but some of those who have heard it said that FC Bayern will NOT be champions this season. They may not have been piqued in Munich, because officially they are not interested in the chatter of the experts (which is in stark contrast to their reactions), but they were so motivated that they spread fear and terror in the Supercup at RB Leipzig for 45 minutes.

But slow down, slow down, after the break the premium ensemble of transfer giant Hasan Salihamidžić quickly got the impression again. The defense is shaky, not as effective up front and the football nation breathed a sigh of relief because the dream of a title duel did not burst before the restful deep sleep phase ends this Friday evening when the record champion Mario Götze asks for a performance test. He played so well at Eintracht Frankfurt in the cup against second division promoted 1. FC Magdeburg that Hansi Flick was called out in his absence: Man, please take Mario with you to Qatar! He could show the world...

No matter, first Bundesliga. First core business. And in fact, this time the question is not just rhetorical, whether Borussia Dortmund can seriously attack and overtake the team from Munich. There are a few good arguments for this. First: ex-new coach Edin Terzic. Before his first post-pandemic boss game, he is heroized in the sold-out temple on Strobelallee. He can, sorry, he should become the new saviour, after Erling Heiland, sorry, Haaland left the club. In his Norwegian homeland, they grumble about the "Blutgeld" bride (Braut is his middle name), in Dortmund, on the other hand, they are quite relaxed about the fact that their goal phenomenon is gone.

Sebastian Kehl made sure of that. Along with Salihamidžić, the new sports director is the most influential (and of course the most generous) figure of the German transfer summer. Three national players (Nico Schlotterbeck, Niklas Süle and Karim Adeyemi) came, a rustic hope (Salih Öczan) and a striker. But Sébastien Haller is indefinitely out after a cancer shock. A replacement should be presented promptly. But one thing is already clear: for the first time in league history, a season will start without a previous top scorer. Unless Dortmund are now fishing Edin Dzeko or Pierre-Emerick Aubameyang as a new goalscorer from the Emscher. Well: Who the fuck is …

It is the question of all questions! She has already answered Sadio Mané. He is the new world star in the Bundesliga. Even if he rejects any star cult. Fun fact: his friend and chauffeur Désiré Segbe Azankpo will probably also become a Bayern Munich footballer. The national player Benins should strengthen the regional league team in the storm. Back to Mane. Anyone who plays like the Senegalese will put up with people marveling at him. And worship. Matthijs de Ligt, the new young defender of the record champions, is also admired. One is amazed at the approximately 80 million euros that should be due for him in total. Whether he is revered depends on how much the 22-year-old gets the wobbly lamb's tail "Bayern defense" stabilized.

Hertha BSC is again available for entertainment this season. The club that wants to start a new start with President Kay Bernstein, but at the same time has to fulfill the wishes of visionary and investor Lars Windhorst. Before the first Bundesliga kick-off, this leads to a disgrace in the cup and a squad that conjures up a bit of a "Hmpf" feeling among the fans. Coach Sandro Schwarz, who promises aggressive pressing football, cannot change that. In order to clarify the situation in the Westend directly, the DFL is asking for a Berlin derby against 1. FC Union in the Alte Försterei on the first day of the game.

Union Berlin is the only club in the Bundesliga that can claim to have gotten better and better. So you can say: Hertha has to be the best Union Berlin of all time. Nobody in blue and white will (ever) want to say that sentence. The dislike for the classmates from their own town is too great for that. And possibly soon outdated. With Taiwo Awoniyi, the Iron Ones lose their second offensive top force half a year after Max Kruse (more soon). The bosses were busy, brought in Jordan Siebatcheu as a substitute and Milos Pantovic as a man for goals from all positions. Gladly also from a distance of 50 plus X meters. He could cultivate the madness at the old forester's shop again, which has been lacking since Kruse's departure.

Kruse, who plays in Wolfsburg. In the second half of the season he had a trainer in Florian Kohfeldt who let him do it. If you want Kruse, you have to let Kruse be Kruse. This also includes the acceptance of a lifestyle that is not always highly professional. Now Kohfeldt is history again (not a glorious one). The resurrection of the eleven from the Mittelland Canal is in the hands of the hard-working Niko Kovac. He appreciates disciplined football. Now star player Kruse is about as nasty as the devil is holy water.

Foreign luxury problems for a giant like FC Schalke 04. Together with Werder Bremen, the Gelsenkirchen team quickly repaired the relegation meltdown and are back. Dreams of a quick return to Europe, they arose from the intoxication of bliss after a furious sprint to the finish, gave a crashing rejection from sports director Rouven Schröder. It's all about staying up. With hard work, little money and a new coach who is viewed rather critically (to put it mildly). Frank Kramer was not necessarily the ideal solution for his own followers after Eurofighter "Buyo" (Mike Büskens) had emphatically shown the club what it takes to be successful: a passionate coach who absorbs the musty gray of the old industrial metropolis as the elixir of life. On the player market, Schalke have managed a few hard work coups, with Sebastian Polter, for example, or king transfer Alex Král.

For the North Germans, i.e. Bremen, a lot will depend on whether attackers Niclas Füllkrug and Marvin Ducksch continue to be accurate. At least Ducksch could not prove his first division maturity in the past at Borussia Dortmund, SC Paderborn and Fortuna Düsseldorf. "But now I'm older and stronger," said the 28-year-old from "Sport Bild".

And otherwise? There's something going on on the Rhine. Borussia Mönchengladbach is now playing Farkeball. This is a form of classic football that is characterized by a lot of ball possession and high pressing. However, there is still plenty of movement in the squad, a few star strikers could go. Bayer Leverkusen wants to attack at the top as usual, does not say the word championship, but does not resist being loosely associated with the title. Also because top performers like Patrik Schick, Florian Wirtz and Moussa Diaby stayed. And in Cologne, everything is intoxicated. Baumgart, European Cup, Carnival. The world couldn't be more beautiful if only a little better equipped financially. For the triple burden, excuse me, double burden (the season is already over in the DFB Cup) one or the other access could still help. And in the background there is still the suppressed scenario that striker Anthony Modeste might go (to BVB?).

RB Leipzig also landed a coup this summer. The courted Christopher Nkunku has decided on a new contract, now only the departure of Konrad Laimer to Bayern could cause pain. The season should be even better after the cup victory and, above all, completely different from the first 45 minutes of the Supercup. On the other hand, there is no news from the other regions of the league with thunderbolts to report. SC Freiburg is playing European again - what an outstanding performance. And adorns himself with world champion Matthias Ginter. Times are changing, also in Breisgau.

FC Augsburg has repositioned itself with coach Enrico Maaßen and would like to have some peace again after the unrest surrounding the resigned ex-coach and ex-president. The roster seems to be a good mix of talent and veterans. But he is probably not a cadre of wild fantasies of success. They probably have similar desires in Hoffenheim (the coach is new here too, his name is André Breitenreiter) and at VfB Stuttgart. However, the situation in Hoffenheim is like this: After two weak years, patron Dietmar Hopp is increasing the pressure and wants his TSG to be sixth or higher permanently. With Stanley Nsoki and Grischa Prömel, two highly interesting men are coming to the Kraichgau. In perspective, this should also apply to Finn Ole Becker, the top talent comes from FC St. Pauli.

In Stuttgart, the longing for peace is likely to be overshadowed by the wish that the top players Borna Sosa and Sasa Kalajdzic stay. With Orel Mangala a key player has already gone for a lot of money. But there is also good news: The highly talented Silas Wamangituka and Mohamed Sankoh are fit again after a horrible injury and are highly motivated to show the world how good they actually are. That leaves Mainz. Oh Mainz, this almost veteran, freed from uninhibited fantasies and existential worries. Always striving to develop himself and his players. Jonathan Burkhardt, for example, who scratches the DFB team. Or Maxim Leitsch, a great defensive talent and Angelo Fulgini. Angers SCO bought the playmaker for five million euros.

But back to the existential concerns. According to experts, they are anyway with the first FSV opponent of the season, VfL Bochum. "Thank you for that," says coach Thomas Reis and promises to do the best (and most disgusting) to ensure that the experts can turn to other, pressing questions in the season after next: "The opponent must not have fun playing football. Then it doesn't matter if you're on a small budget. If we end up with 15th place then we've done something huge." Well then, kick-off. 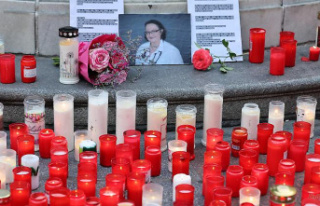 Man in the sights of the authorities: Raid in Bavaria...