Winnie Schäfer on the DFB bankruptcy: "The boys are just not Beckenbauers"

The World Cup started with a bang, and the German national soccer team is already threatened with a tournament knockout in the second preliminary round match against Spain on Sunday. 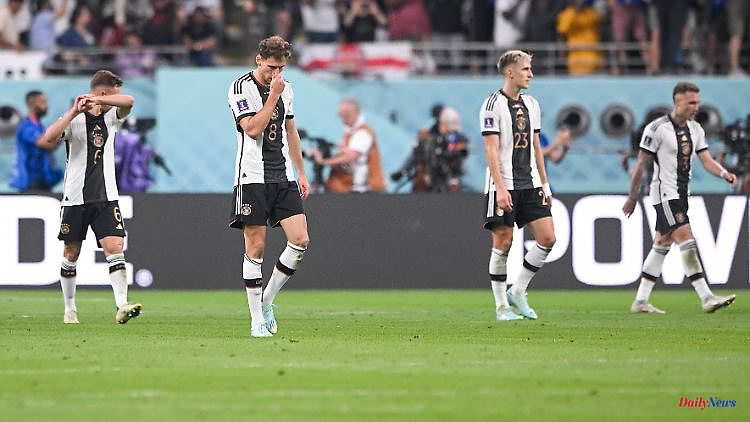 The World Cup started with a bang, and the German national soccer team is already threatened with a tournament knockout in the second preliminary round match against Spain on Sunday. Trainer legend Winfried Schäfer sees the reasons for this not so much on the pitch as in the political pressure from outside.

Mr. Schäfer, Germany lost to Japan at the start of the World Cup! The country is stunned. Please clarify, what was the reason?

Too much pressure was put on the boys. They were almost forced to do something from the outside, by the media. That is not right! This should have ended a week before the start of the tournament at the latest! From then on, the players should have just said football, football, football. We have had six years to resolve the issues. It is not up to the players whether they should wear an armband or not. Of course you can comment, but you don't have to! You, on the other hand, have to concentrate on football. You can't put too much pressure on these players, where that leads, we saw that on Wednesday. With the exception of Manuel Neuer, Thomas Müller, Leon Goretzka and Joshua Kimmich, they are not as strong in their heads as other footballers used to be. They're not so strong that they go out and say, alright, let's get rid of the Japanese now.

And it used to be different, right?

Yes, a Franz Beckenbauer would have simply said: yes mei - and would have simply played. A Wolfgang Overath as well, a Berti Vogts and whatever their names are. But we don't have these guys anymore. These guys aren't Beckenbauers. I absolutely trust Leon Goretzka to position himself and then deliver his performance. But not everyone can and doesn't have to. Look how it was in 1974...

... unfortunately I can't remember that!

After the defeat at the World Cup against the GDR, there was a theatre. What do you mean, what a stress they had! But then, when coach Helmut Schön was already asleep, the boys locked themselves in at the behest of Gerd Müller, they said they were right, Schön then said what had to change and who had to join the team, and then they had four days later cut off Yugoslavia in Dusseldorf. That's the way it has to be. The boys have to do that too. A Müller, for example, a Neuer, a Goretzka or even a Joshua Kimmich. A debate without a coach. And after that it has to be said that we are only concentrating on football now.

Do you see parallels to the 2018 World Cup in Russia? Back then, the tournament was overshadowed by the photo of Mesut Özil and İlkay Gündoğan with Turkish President Recep Tayyip Erdoğan?

No, the Qatar thing has been going on for much longer, for months. Since it must now be kept away from the footballers. The associations have to discuss everything else, they have to come together internationally. Or you can let the politicians take care of these things. And again: If a player wants to comment on the subject, then he should be happy to do so. But he doesn't have to. The focus has to be on football.

And on a better chance evaluation?

Yes! But that's a homegrown problem. We train far too few strikers in the youth field. What I heard from the coach training is amazing. Since the instep should be forbidden! Imagine if you had to do the instep to the Beckenbauer! We urgently need to change that. Now we've got a Niclas Füllkrug, a super guy, but he hasn't even played in Europe yet and is now supposed to be our last resort?! That's not possible. When we were young we gave up what has always made us strong. Just think of Helmut Rahn, Uwe Seeler, Gerd Müller, Klaus Fischer, Jupp Heynckes, Rudi Völler, Jürgen Klinsmann or Miroslav Klose. We were always strong when we had an outstanding striker. Even Pep Guardiola saw that!

How did you come up with Pep Guardiola?

Antonio Conte said not too long ago that we've stuck to Pep's philosophy for too long. And he's right! At the time Pep was in Munich, the coach educator at the Hennes-Weissweiler Academy said: "We don't need number nine anymore." Despite this, Pep was more successful than he had Robert Lewandowski. And in Manchester he has now also switched and has an Erling Haaland. Look at nations that are now prospering. With the exception of Spain, they all have a really good striker! Cross from the side, striker comes towards, 1:0. How many times have we seen that at the World Cup? Alone in the opening game, Enner Valencia showed it. On the other hand, we had 75 percent possession, only lateral attachments, no ideas. And no striker for flanks. You can't play and win like that these days.

Does that mean that the defeat against Japan was a plea for a filling jug as a game?

I mean yes. He's only had two international caps, but the way he scored the goal against Oman was great, with one movement. This is a real striker. But I would make one caveat. Because you can't press against the ball-sure Spaniards, but rather counterattack, Kai Havertz might be the better option again.

Spain is a good keyword. Hardly anyone seems to believe that Germany can win this game.

Well, hardly anyone believed that Germany would lose to Japan!

It's important that the boys just have some rest now. When I read something again about first binding and then blind people! That's where it stops. The boys now have to watch the video and see what the opponent is doing, how do the players run, how do I defend the strikers?

The defense and Hansi Flick were heavily criticized after the game. Does Germany have to change? Maybe bring Joshua Kimmich back to the right?

No, absolutely not! Kimmich is outstanding in midfield. I saw it at the Club World Cup in Qatar last year. What was he playing there! Opening passes over 30, 40, 50 meters, that was amazing. Kimmich is in good hands in midfield, even if he's not playing as well as he did back then. But you can't let Niklas Süle play in the back right, even if he plays that in Dortmund. This is not a man for the side. He's a defender, but not a game-driver. He has to play in the center. But here we come to another core problem...

... Germany was always strong when we formed a bloc. Bavaria and Gladbach earlier, or in 1990 the axis with the Italians. Or 2014 with the strong Dortmund team under Jürgen Klopp and the FC Bayern players.

But Hansi Flick has seven players from FC Bayern with him …

Yes, but it depends on the key positions! We don't have that in defense or up front. Look at Bayern, the entire chain of defense consists of players from other nations. That doesn't help Germany then. An important axis is missing. And the same in front, the striker does not come from the Bayern block.

Back to the game against Spain, what has to happen now?

Well, like back in 1974. There's really something going on there now. You heard that yesterday in the interviews with Neuer, Gündoğan and Müller. They have to go ahead now, move closer together. Even if it sounds so old-fashioned, but that's how it is. Hansi Flick can't come along now, put his hand on it and everything is going perfectly. In training, it really has to bang. That must be aggression on the pitch. Also from the substitutes. Then you have to say: Hey, are you crazy to go in like that?

1 Infantino voted out or exit?: Europe's football... 2 South Korea scores at the start of the World Cup:... 3 Light off! Spot on!: The eternal sunny boy Ilja Richter 4 Ahoy, captain!: Harald Schmidt returns to the "dream... 5 One-way flight refunded: If the suitcase arrives a... 6 In long-unnoticed boxes: researcher makes "century... 7 Baden-Württemberg: The dispute over the Stuttgart... 8 Saxony: Groundbreaking for a modern riding arena for... 9 Saxony-Anhalt: collision between car and tram: three... 10 Baden-Württemberg: Fewer young people in the hospital... 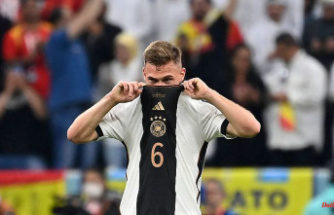 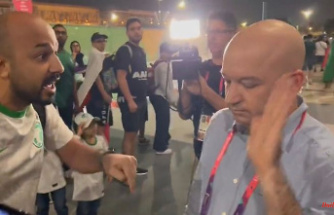 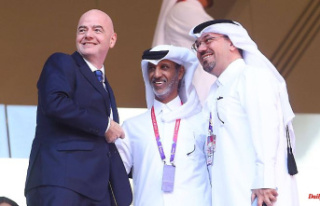