The Caribbean are expensive to Orange. The Paris Court of appeal has confirmed in a judgment of 17 June 2020 the penalty imposed on the historical operator in 2 The Caribbean are expensive to Orange. The Paris Court of appeal has confirmed in a judgment of 17 June 2020 the penalty imposed on the historical operator in 2018 for practices deemed anti-competitive in the Caribbean. Orange is sentenced to pay € 180 million to Digicel west Indies. The penalty rises to € 250 million with interest.

see also : Great shy within the staff of Orange

Orange had been condemned by the competition Authority with a fine of 63 million euros, reduced to € 60 million, in 2009. The alleged offences date back, in them, in the early 2000s, specifically between 2000 and 2005. Several practices, it was alleged, in particular, to have locked the access to the distributors and the repairers premises, thus preventing its competitors to market their offers and products.

To an appeal in cassation

Digicel, which has in particular acquired Bouygues Telecom, considers itself to be a victim of these practices and attacked Orange. The punishment was severe for the incumbent, but it will not have any effect on its accounts this year. In fact, the group has already placed in receivership 346 million, corresponding to the amount of the sanction imposed by the Court in 2018. The difference between the two fines is explained by a revaluation of the interest applied to the sanction. The rates were revised downwards on appeal, the amount is mechanically weaker.

Orange should not, however, stop there. The group could appeal to the supreme court. In fact, he considered the sanction "disproportionate". In the Face of OutreMer Telecom, Orange has been sentenced to 2.6 million, for a similar offence. The incumbent operator is concerned about an "inflation in the claims, the amounts which have been able to achieve up to two times the market of telecoms in the Caribbean". For Orange, "the applications and decisions are décorélées of the real economy." Digicel had purchased in 2006 Bouygues Telecom Caribbean. The local subsidiary of the Bouygues group-was then in great difficulty in the west Indies and had already entered the competition Authority. Digicel has quickly gained market share, with an offer more adapted to the local particularities.

The penalty imposed on Orange could also benefit from Bouygues Telecom. The latter would have entered into a financial agreement with Digicel, allowing him to collect half of the financial compensation paid by Orange.

1 Forrest Gump, Indiana Jones, Variety list the movies... 2 The Techno Parade to be cancelled because of the sars... 3 Basketball game Union: Smart guys with good ideas 4 Way for Bayern?: Sané to a new adventure 5 Of Freiburg string to the FC Bayern: I am not ashamed 6 Criticism of Large appointment: As President, not... 7 Vans Old Skool: A Sneaker for all 8 Letter from Istanbul: handcuffs for the press 9 Italy: Coronavirus in sewage since December undetectable 10 Economic stimulus package in the Bundestag: Black... 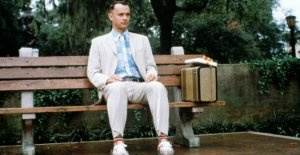