Almodovar, Lelouch, Dardenne... The filmmakers on the european war against the giants of the digital

The world of european cinema unites against the GAFAN. Thirteen filmmakers of the Old Continent, from Almodovar to Lelouch, addressed Wednesday a letter to Thie 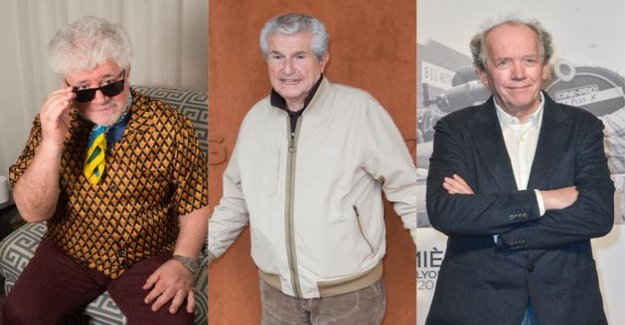 The world of european cinema unites against the GAFAN. Thirteen filmmakers of the Old Continent, from Almodovar to Lelouch, addressed Wednesday a letter to Thierry Breton, the internal market commissioner, asking to meet with him to "join forces" in order to impose a regulation to the giants digital non-european, mainly american, but also chinese.

"Requirement of the regulations, assent to the height of the stakes, the balance of diplomatic power, you have a glimpse of it, they write, that you were ready to assume these steps are vital so that the people can continue to tell, to themselves and to other nations: the original stories, the unexpected, the dramatic, special prototypes off the beaten track and away from the forked yoke of the big data platforms", reminiscent of the filmmakers.

The letter is signed by Pedro Almodovar, Cristina Comencini, Luc Dardenne, Costa Gavras, Hugo Gelin, Jeanne Herry, Pierre Jolivet, Kamen Kalev, Claude Lelouch, Radu Mihaileanu, Cristian Mungiu, Olivier Nakache and Éric Toledano. While expressing their "appreciation" of the message of "force" that the commissioner "has addressed to the chief executive officer of Facebook", they ask Thierry Breton of the meet "in order to invent together innovative solutions, bold and practical".

"We believe more in the union of forces so that the vertical, was she virtuous", note they. "America was well understood by these cultural issues and industrial by imposing its cinema through the Marshall plan (...) today, its industrial are called GAFAN (editor's NOTE: Google, Apple, Facebook, Amazon and Netflix) and they are a thousand times more powerful. And the containment has allowed them to accumulate wealth", argue the filmmakers. "The peoples of europe (...) have understood also that by evading tax, GAFAN contributed so little to financing of hospitals, education and all the vital mechanisms of the european democracies".

"give up this fight, highlighted by the filmmakers, is to open the way for the Big Brothers, is to accept that insidiously our european culture will disappear in a distraction permanent, reducing permanently the citizens into consumers. The champions of digital, whether they are chinese or american, will then be able to (...) place in the other areas because they will have colonised the minds of europe."

read also : Misinformation : the EU calls on the giants of the net to do more and supports Twitter in the face of Trump

In 1990, remind the filmmakers, the EU had raised the issue of the cultural exception, since adopted by 183 countries. Brussels launched on June 2, a wide consultation to revise the rules to better regulate Facebook, Google, and other giants of the tech. The Commission intends to unveil a new legislation by the end of the year (known as the "Digital Act"). Mark Zuckerberg of Facebook and Sundar Pichai of Google, spoke with senior government officials to try to defend their cause.

The editorial team conseilleQuand the commissioner Thierry Breton is the lesson to the boss of FacebookConfinement: Pedro Almodovar on the verge of nerfsPour the next Claude Lelouch, this will be the adventure it is the adventure at the time of the Covid-1920 commentairesCepheidesle 18/06/2020 at 10:08 am

Plus belle la vie, A beautiful sun..........to deceive the French with stories without a moral.

The cinema is an industry that requires a lot of talent: we have neither the one nor the other.

instead of moving them and criticize, build in France and Europe of the numeric groups as powerful as Google, Amazon, Facebook, Apple, Netflix, or their chinese equivalents... Work hard with intelligence, and we jalouserons less .... We have the means, but the will, the strength of the psyche we are lacking in the technical area .... We can change the game.

1 Departure of the balloon, a previously unseen Victor... 2 Funds of the european recovery : Brussels is hoping... 3 Dispute about the rescue package: The oomph of the... 4 Corona outbreak in Tönnies: health is set for profits... 5 Series about Catherine the Great: What a amazing madness 6 France wants to relocate the entire production chain... 7 Murder of Walter Lübcke: court wants to show the... 8 Action against the PKK and HDP: The double Offensive... 9 Uighurs: Trump under sanctions signed law against... 10 United Nations: Norway and Ireland in the UN security... 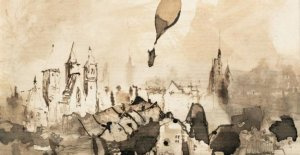 Departure of the balloon, a previously unseen Victor...