Edward Colston, Leopold II, Winston Churchill... The statues of these historical figures know for a few days the wrath of the "déboulonneurs", who accuse thes 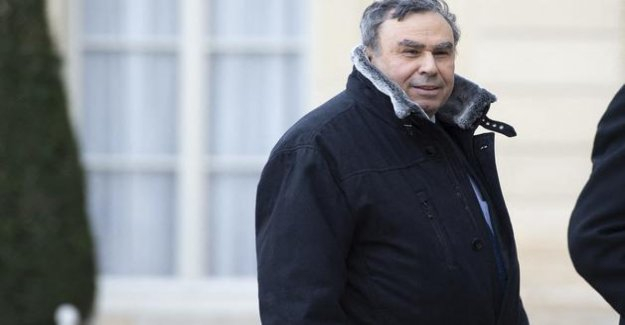 Edward Colston, Leopold II, Winston Churchill... The statues of these historical figures know for a few days the wrath of the "déboulonneurs", who accuse these figures of racism by their role in colonial history. Damage that deplores the historian Benjamin Stora in an interview with the newspaper La Marseillaise .

read also : Benjamin Stora: "This is only the beginning of a process"

"The central issue is not to eradicate, subtract, or make a clean sweep", according to him, but "to explain, to dig this story, to transmit it in its complexity". The historian says his remarks by again the history of the country of the Enlightenment. "For example, it is necessary to explain who were all these characters of colonization, slavery, explain what was this dark period in the history of France," ja-t-it. "If we déboulonne, it removes this history leaves to start afresh," added the native of Constantine. I'm not to erase the traces, I am to strengthen the story."

leaning a little more on the French example, Stora says that the racism aimed at people of a colonial history is, in fact, present in the French society, but that it would not be systemic. It should be fought through education. "The struggles of anti-colonial have also made the French history, he said. Which seems to me capital, it is the transmission of the memory of struggles, anti-colonial. But, unfortunately, today we are witnessing a kind of erasure of the memory of those who have not accepted the history of colonization."

The historian cites personalities who were opposed to the colonization, like Jean-Paul Sartre, Simone de Beauvoir, Henri Alleg, or Paul Ricoeur. "If we do not transmit this memory to the refusal of what has been this period, one has the feeling of a France that was homogeneous would have agreed to the principles of colonization. This is not true," he added.

read also : Algeria, Macron denounced the colonization : "It is a crime against humanity"

A position in tune with that of Emmanuel Macron. In his speech Sunday, the head of State had declared that "the Republic will not erase any name or any trace of its history" following the déboulonnages of statues by protesters during rallies in tribute to George Floyd all over Europe.

The editorial team conseilleLéon Gambetta, Jules César, Montanelli... The damage against the statues poursuiventChristophe Columbus, the confederates: "The déboulonnages statues are symptomatic of the new age of identity,"Banksy proposes the erecting of a statue to the glory of those who cut the statues of esclavagistesSujetsBenjamin StoraGeorge FloydStatueDécolonisationBlackLivesmatter1 commentaireGratellele 16/06/2020 13:57

He reason it is necessary to explain and not hide the dark parts of the Story, but to speak also of the parties positive, without hiding anything.

The Vietnamese have understood this by exposing the consequences of the French colonization with its abuses and its farms, but at the same time not hiding the work of Doumer, Calmette or Pastor that they consider with respect, including by statues or street names.
Example to follow. Read the comment Updated Date: 16 June 2020, 08:47 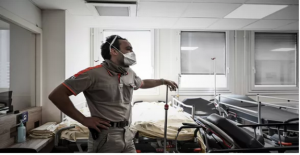 Who are the care givers who are entitled to the premium...