Carnivores: the benefits of studying less than the conflicts that occur

carnivores produce important benefits for society, but are their conflicts, the more pages they occupy in the research, according to an international study, published recently in the journal Biological Conservation and is led by a professor from the Complutense University of Madrid (UCM).

With the general objective to find out what are the main trends in the worldwide research on the relationships between humans and carnivores, experts have reviewed more than 500 scientific studies published between 2000 and 2016 .

"The results show that the overall research on the relationships between humans and carnivores is deeply biased, both geographically and taxonomically and we identified four important gaps in our knowledge," says Jorge Lozano, department of Biodiversity, Ecology, and Evolution of the UCM.

The first of these gaps is that the relationships between humans and carnivores often framed in conflict, with few studies on the ecosystem services (that is, the benefits, such as the pest control , the elimination of waste and corpses, or the nature tourism ) provided by the animals and which, however, were also detected.

Also detects a deficit in the location of the studies, since most studies were performed in the northern hemisphere , despite the fact that in the south, the carnivores also produce benefits and conflicts. On the other hand, the work focused on the larger predators, (bears, wolves and big cats), while the small carnivores and medium-sized received very little attention.

finally, the greater part of the research was carried out using methods of the natural sciences, despite the fact that the methods of the social science are also necessary to fully understand the relationships between humans and carnivores.

"it Is vital to study more and better the benefits that predators provide to the society -especially in the case of the species small and medium-sized and in all regions of the planet. And disseminate this knowledge to the people to know that they are needed and support your conservation ", concludes the biologist of the UCM.

in Addition to the UCM, in the study involving the universities of Alcalá, Granada, Almeria, and Miguel Hernandez of Elche; the Mediterranean Institute for Advanced Studies (CSIC-UIB), as well as institutions and research centers in Germany, Poland, south Africa, united States and Netherlands .

1 Daniel Muriel and Candela Serrat see it strengthened... 2 More than a trillion euros in game 3 Russia intercepts three fishing north koreans with... 4 Kim Kardashian unrecognizable in an image of 20 years... 5 The receipt of the light will be more expensive in... 6 A Tesla of the Police runs out of battery in the midst... 7 The baby thrown into the river Besòs was born in... 8 The basque navy despised and forgotten that was able... 9 Rafa Nadal and Mery Perello enjoying their honey moon... 10 New speed record for an electric car: 337,962 km/h 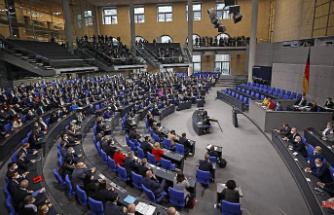 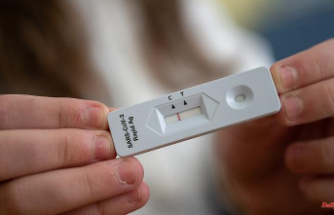