Four police were injured and dozens of protesters were arrested in the protests against the headquarters of the British Medicines Regulatory Agency (MHRA), due Four police were injured and dozens of protesters were arrested in the protests against the headquarters of the British Medicines Regulatory Agency (MHRA), due to its decision to approve the Vaccines of the Modern and Pfizer COVID in children aged 12 to 15 years.

The Jacvi Committee of Vaccination and Immunization (JCVI) has finally decided not to recommend the massive vaccination of children before the start of the school year, although it has recommended the inoculation of minors "vulnerable" or with medical preconditions.

The discomfort of the British parents has thus gone to more in the last week, and the call before the headquarters of MHRA in Canary Wharf caused a ripping of hundreds of protesters, who later moved to the vaccination center before the Science Museum In Kensington and collapsed several metro stations.

To the cries of "our children are not guinea pigs", the protesters tried to break into the headquarters of MHRA, the first agency to approve a VACCO vaccine in the world. Two weeks before, dozens of protesters tried to enter the BBC headquarters, the ITV and channel 4 in protest by the coverage of the pandemic by the great media.

The police cordoned the surroundings of the MHRA, but the confrontations hardened as each is being increasingly frequent in protests against vaccines in the United Kingdom. "A number of protesters acted violently against the police and this is unacceptable," could be read on Scotland Yard's Twitter account, which confirmed that four agents had been injured.

Despite political pressures, JCVI experts expressed their opinion contrary to vaccination under 16 years to consider that the benefits of vaccines are "marginal", in proportion to the risks of disease severity in the child population . Adolescents of 16 and 17 years have been offered, however, the possibility of vaccinating before the start of the school year.

The government fears that the return to school can shoot the cases in England, as it has already happened in Scotland. In the last 24 hours there were 121 deaths and 42,706 Covid infections were detected, the highest number since mid-July.

1 Biden orders to review the possible declassification... 2 The 'Bison of Qanon' is pleading guilty for the assault... 3 McCarrick's expelled cardinal is not guilty of sexual... 4 At least 42 dead on the east coast of the USA by the... 5 Macron announces a millionaire plan to recover Marseille,... 6 The Supreme United States authorizes the almost total... 7 Undefected imprisonment for the German who hid his... 8 Fatima, the journalist threatened by the Taliban who... 9 A 20 year old woman dies after being attacked by a... 10 Angela Merkel, awarded with the Carlos V European... 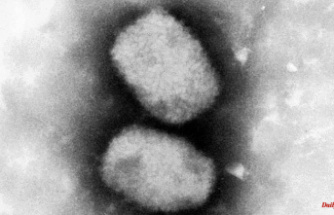