The Azarosa Biography of John Pablo Bonet, the Aragonés that 'made the dumbs speak, and the mystery of his corpse

Juan Pablo Bonet was born in 1573, according to some authors (and in 1579, according to others), in the town of El Castellar, now disappeared, belonging to the 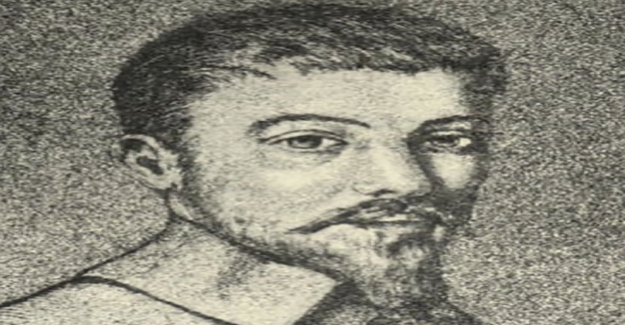 Juan Pablo Bonet was born in 1573, according to some authors (and in 1579, according to others), in the town of El Castellar, now disappeared, belonging to the Zaragozana town of Torres de Berrellen.

The Aragonés went on to history for being the author of the book reduction of the letters and art to teach the mute to speak, whose publication is 400 years, considered as the first modern treaty of phonetics and Logopedia, in which it was proposed A method of oral teaching of the deaf by using manual signals in the form of a manual alphabet, to improve the communication of the deaf.

On the occasion of the IV Centennial, the Torres de Berrellén City Council and the Diputación de Zaragoza have organized various acts that, until the end of November, include an exhibition, a cultural days, the facsimile edition of the aforementioned Treaty, a fit with its figure and a Tale for children as well as the publication of a book about his life and his work.

Edited by the Institution Fernando El Catholic, the book, entitled Homage to Juan de Pablo Bonet, a pioneer in the oral education of the deaf, aims to shed light on some doubts and controversies about Pablo Bonet, such as if it was cleric and military, if really He created a language of signs and about the allegations of plagiarism.

Son of Soriano Juan de Pablo Hoss and from the Aragonese Maria Bonet Guerguet, his family was one of the last ones left by the Castellar in 1574 to settle in Torres de Berrellen.

Little is known about his childhood, he believes he was able to study with the Jesuits, first in Zaragoza and then in Madrid, where, after the death of his mother, he moved being still a child accompanied by a servant of his uncle Bartolomé.

He was formed at the universities of Zaragoza and Salamanca, traveled and fought as a military, which doubts some authors, in Africa, Savoy and in the Milanese.

In 1607, at age 33, after his return to Madrid from Africa, he married Menía Ruicezo, with whom he had two children, Diego and Juan Martín, who died as a child.

He was in charge of the education of a young deaf noble (by birth, according to some, due to illness, according to others), called Luis, son of the Castile Condestable Juan Fernández de Velasco, whose service was.

Since then, at the same time as it ascended in his political career and reached the arm of gentlemen in the courts of the kingdom, he devoted himself to unraveling the speech mysteries, the secrets of the lyrics, the letters and grammatical structures and Phonetic, to get children, especially dumb children, to read and speak easily. He invented mimic languages and a lot of a language pedagogy for speakers, deaf and deaf

It is said that he was a man of great culture, versed in sociology, history, philosophy, literature and grammar, dominated the classic, Italian and French languages, and his solid training allowed him to perform different jobs for the administration of the State and work for noble houses no Only in Spain but in cities such as Rome or Milan.

In 1622 he was appointed Secretary of the King and in 1626 he exerted an important work of mediation at the courts of Aragon at the service of the interests of the crown.

It is attributed, for some falsely, the invention of mimic languages, when he himself, in the prologue of his own work, proscribes the use of them.

He was also charged by Father Benito Jerónimo Feijoo of having plagued the work of Fray Pedro Ponce de León, which was defended by Lorenzo Hervás and Panduro at the end of the eighteenth century and in the twentieth century by the phonetist Tomás Navarro Tomás.

According to Lane, he got, thanks to the influences of the Velasco family, a manuscript left in the Library of the Oña Monastery by Pedro Ponce de León, in which the monk, about 40 years before, had written his working methods with the former Velasco deaf. With that document in the hands, Pablo Bonet would have hired Ramírez de Carrión to put into practice the monk's advice with the young Luis, adding several parts of his own inspiration, published the work of Ponce de León as his own.

Based on an exhaustive revision in archives and libraries of the time, the historians Gascon Rica and Storch de Gracia conclude that there is no evidence that Paul Bonet was the Master of Luis de Velasco; and that, although he does not reveal the origin of the recommendations he does to teach the deaf, the authorship of him was not attributed either.

Pablo Bonet died in Madrid on February 2, 1633.Calling his will, he was buried in the Benedictine monastery of San Martín de Madrid, being pending the transfer of his body to the convent of Nunas de Alagramp, a Zaragozana town near Torres de Berrellén , from which he was employer, as it consists of his last wills.

His widow, Mencía de Ruicerezo, fulfilling the will expressed by her husband, decided to found, 19 years after the death of Pablo Bonet in Madrid, a chaplaincy in the convent of Our Lady of La Concepción de Alagón, run by some Franciscan nuns, institution Of which he was employer.

In that fact, it could come off that his corpse could finally have gone there, approximately, in 1642. But in April 1985, Ramón Ferrererons and Antonio Gascon, gathering material on Paul Bonet, discovered that said Monastery of Alagón had It was demolished to build a housing building in place.

For sure, it is not known if when the convent was knocked down the remains of Pablo Bonet were there and if they were where they were deposited later, in a niche of the Municipal Cemetery of Alagón, or on the Ebro River, by going to stop there many of the Debris from that 17th-century building, according to the testimony of some neighbors.

Some authors claim that their remains were not transferred to the Alagón Convent by not consisting of the same nor registration or niche, strange to being patron, and that they remained in the Benedictine monastery of San Martín de Madrid, a building that was also knocked down .

For all this, it is concluded that the remains of Juan Pablo Bonet, a pioneer of oral education of deaf, were lost forever.

1 Of the 'Check-Rental' of Zapatero al 'Bono Housing'... 2 Ban in China: Bitcoin fails to impress 3 Blood, meat, sex and 'Titane', the last sensation... 4 Good Morning Britain's Susanna Reed: Age, net... 5 Pedro Castillo ceases the ministers of the Marxist... 6 Nobel Prize for Medicine for Discoverers of Temperature... 7 Abdulrazak Gurnah, Nobel Literature Prize for his... 8 The Government presumes of the highest public spending... 9 Similar series that you can see if you liked the squid... 10 Tote González, the Spanish director after Marvel's... Of the 'Check-Rental' of Zapatero al 'Bono Housing'...