A new Ebola outbreak has been detected by confirming a case in the northeast of the Democratic Republic of the Congo (DRC), five months after decreing the end o 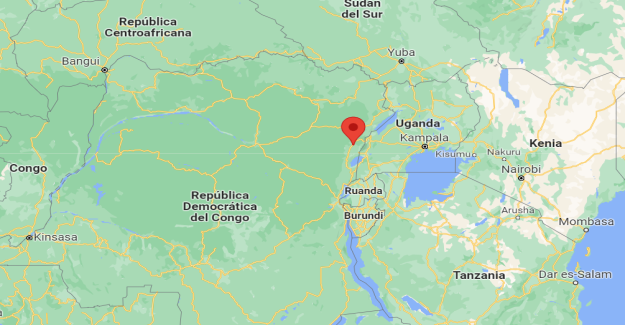 A new Ebola outbreak has been detected by confirming a case in the northeast of the Democratic Republic of the Congo (DRC), five months after decreing the end of the twelfth epidemic of the disease in this African country, the Minister Congolese reported Friday Health, Jean-Jacques Mbungani.

"The case concerns a 3-year-old male child hospitalized and died on October 6" in the territory of Beni, located in the province of Kivu del Norte, the minister affirmed in a statement.

Mbungani pointed out that the healthcare teams "are already working intensely on the ground to carry out response activities, in particular the listing and monitoring of about 100 contacts to date and decontamination of health centers."

"Thanks to the experience acquired in the management of Ebola virus disease in the preceding epidemics, we are sure that the province's response teams, supported by the central administration, will manage to control this epidemic as quickly as possible," he said. The minister.

The existence of the new case was announced after the Ministry of Health declared last 3 May the end of the twelfth Ebola outbreak in the history of the country, which caused twelve contagions, from them six deceased, in Kivu del Norte.

That last epidemic was declared on February 7 and agglutinated cases in the cities of Butembo, Byena, Katwa and Musienene, all in the aforementioned province.

According to the World Health Organization (WHO), this outbreak was related to the one that took place in the eastern provinces of North Kivu, South Kivu and Ituri between 2018 and 2020, the tenth Ebola epidemic in RDC, which caused the Less 2,280 dead.

That epidemic was the worst of the history of the DRC and the second most serious in the world, after which West Africa from 2014 to 2016 ravaged, in which 11,300 people were killed and there were more than 28,500 cases, although those figures -according to the WHO - can be conservative.

The eleventh Congolese sprout was developed between June and November 2020 in the northwestern province of Ecuador, where 130 contagions were counted, of which 55 ended up in deaths and 75 were cured.

Ebola's disease, discovered in the Democratic Republic of the Congo in 1976 - then called Zaire - is transmitted by direct contact with blood and body fluids of people or infected animals.

This fever causes severe hemorrhages and can reach a mortality rate of 90%. Its first symptoms are sudden and high fever, intense weakness, and muscle, head and throat pain, as well as vomiting.

1 The incidence is stabilized in 48 cases per 100,000... 2 Pedro Alonso, the Spanish Spanish researcher in the... 3 Change of time 2021: When time is changed to winter... 4 Draconides 2021: When are they and how to see the... 5 Facebook reports new difficulties to access your services 6 The brick joins the great meeting of innovation in... 7 How to Buy Bitcoin and Altcoins with Google wallet 8 Business growth opportunities you can look online 9 At 85, the controversial father of the nuclear bomb... 10 Paul McCartney: John Lennon responsible for Beatle...