United States defends that Spain is A reliable ally, a partner and a friend despite the departure of 'Marines' of the Morón Base The United States informed the Ministry of Defense in 2020 of its decision to transfer all the operational operation to the crisis in Africa to its base of the land army of Vicenza, in northern Italy. Given that the approximately 850 marines and eight transport aircraft from that country deployed at the moron base of the border (Sevilla) are framed within that operation, the transfer of those troops was part of the plan.

Now, the soldiers will return to the United States and the aircraft will go to Vicenza, with which "is completed" the reorganization, as explained to the world Tony Semeloth, Lieutenant Colonel of the United States Marine Infantry. SEMELROTH emphasizes that the decision obeys purely technical criteria and not, as it has been speculated in Spain, to political issues.

The reason for the transfer "is based on strategic priorities" and the need to "maximize" resources, "advance mutual security interests and deal with transnational threats." The spokesman for the Marine Infantry - the Knows Marines - emphasizes that "Spain continues to be a reliable ally, a partner and a friend".

The transfer does not affect the other US units in Morón, which form the 496 Squadron of the Air Force and that according to The Economist supplies the French hunters in their attacks on Islamic extremists in Chad, Mauritania, Niger, Mali, and Burkina Faso .

Washington is also expanding its presence at the Gaditana Base of Rota. The Department of Defense has achieved that the Congress approved in the budgets of 2021 part of the endowment to expand one of its spointing. In the draft budget for 2022 by Joe Biden, the rest is included.

The movements of the United States in Spain seem, therefore, be part of that country's strategy, regardless of which party is in power. The decision to take the Marines and the planes was decided and communicated to the Government of Pedro Sánchez during the presidency of Donald Trump, and is being executed during Biden. At the same time, Rota's expansion began with Trump's last budget, and will conclude with the first Biden.

That does not mean that there are no pending issues. The most obvious is the renewal of the Defense Agreement signed between the United States and Spain in 2015, which allows a maximum of 3,000 soldiers and 40 aircraft in Morón, and which expired in March. Since then it is being renovated "on an annual basis," according to Semeloth, which seems to indicate that he will continue indefinitely for an indefinite time.

More spiny is the situation in Rota, where four destroyers of the Arleigh Burke class are based, which are part of the anti-missile shield. The United States wants Rota to welcome another two Arleigh Burke, but, who knows, Spain does not see that decision with good eyes. SEMELROTH has not answered the question of the world about that measure.

1 Astro dies, one of the founders of UB40, at 64 and... 2 Chloé Zhao on the first gay kiss in Marvel: I intend... 3 You can now use whatsapp on pc without mobile need 4 The teacher who always puts a 10 to his students:... 5 The challenges of Xavi in a broken barbecue 6 Chenoa and Carlos Baute: It does not matter for you... 7 Elon Musk proposes to Twitter users to decide 10%... 8 Manuel, the son of Concha Velasco, reveals how his... 9 Sofia Loren, the sunset of the Italian diva who lives... 10 The Spanish documentary 'Nicaragua, Homeland Free... 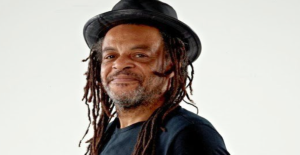