After spending more than 500 days in a hospital, a New Mexico man is able to return home.

Hunter stated that he couldn't put it into words when he returned home. 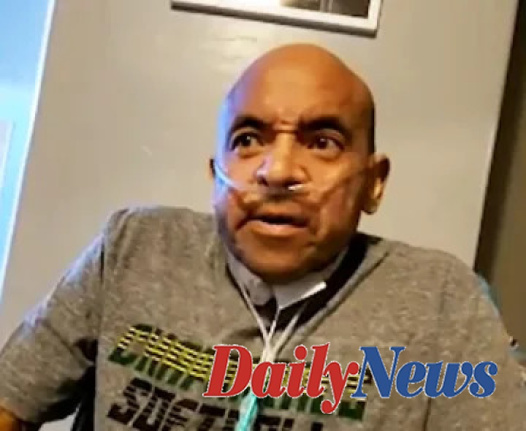 According to KOB4, Donnell Hunter was hospitalized for more than a full year before being discharged from Kindred Hospital Albuquerque.

Hunter said to KOB4 about his return home, "I can't even express it in words."

Hunter, after his hospitalization, became a grandfather and was able to meet his grandson.

He said, KOB4: "He's one year old now and acts like he knew me for a long time so when I woke up this morning, he was the first thing in my mind."

Hunter is currently at home but is still working towards his recovery.

He was admitted to hospital in September 2020 and given a ventilator because of the severity of his condition. KOB4 reported.

Hunter stated that she lost the use of her hands, arms and legs.

Ashley Hunter, Hunter's wife described Hunter's care as caring for a newborn who is still learning the basics of how things work. She said that her husband has made great strides.

She stated, "I wanted him home and to feel at home. I didn't want us to feel like we were in a hospital."

Hunter stated that while in hospital, he dreamed of being home and then woke up to realize that he was still there.

Hunter stated, "Because I was in hospital, I had many dreams that i was home and I'd awake up, and like 'it all a dream,'" Hunter.

He stated that he believed in his religion and said that he will "trust in the Lord whatever he brings me my way that's how I will deal."

1 Brittney Griner's spouse posts an Instagram story... 2 Denver police investigate a stolen box of human heads 3 Colorado's mountain communities fight to retain... 4 The Colleges' New Solution to Reducing Dropouts 5 The United States and Poland are in negotiations to... 6 Iowa tornado leaves 7 people dead and 4 others injured.... 7 Anchorage is packed with dogs for the ceremonial... 8 Officials say cut gas pipe was found in the basement... 9 A 'Trucker convoy" drives laps around D.C.... 10 Blinken reports that the United States is in "active"... 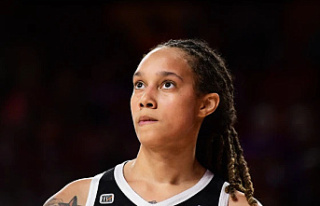