Large wings, yellow beak and in a few years also the typical white ruff in the plumage: newly hatched offspring of the bald eagle are reared in Tripsdrill. 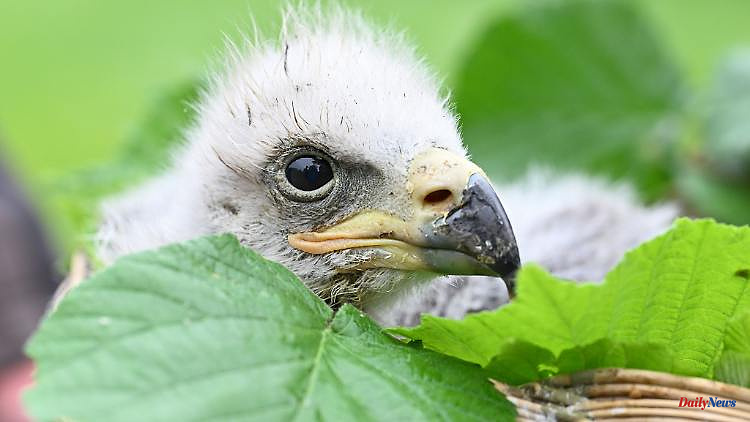 Large wings, yellow beak and in a few years also the typical white ruff in the plumage: newly hatched offspring of the bald eagle are reared in Tripsdrill. However, not from the pair of birds, but from the falconer.

Cleebronn (dpa/lsw) - The wild paradise Tripsdrill has a new feathered star that could soon become a crowd favorite: a bald eagle hatched just in time for the 50th anniversary. A falconer takes over the job of the eagle parents for the young, because there was initially another young bird and the wildlife park wanted to play it safe. "Meanwhile, the other boy has died," said Tripsdrill spokesman Birger Meierjohann. "It tumbled out of the nest during a storm and we only found it dead."

Employees of the Wildparadies have given the so far only sparsely feathered offspring the name Helia. Although the sex can only be determined later by testing the feathers, it is likely that it is a female because they are stronger. "And every day it gains 100 grams," said Meierjohann. "For a young bird that's a huge chunk."

So far, two bald eagles have lived in the wild paradise as a breeding pair in an aviary, as well as two of their own kind, who are part of the flight demonstrations. "Of course, it is also possible that visitors will also see the hand-reared young," said Meierjohann. "It's supposed to get used to visitors." However, it currently sleeps most of the day and is only awake for about two hours.

The bald eagle is the national bird of the United States. The animals, which got their name from the brilliant white head feathers, were almost extinct in America and Canada in the early 1970s. The eagle with the yellow beak and enormous wingspan is no longer endangered.

1 Disappointed by Scholz: Ukraine feels let down by... 2 Bavaria: Hand grenade found while cleaning up in shed 3 Saxony: Windy and wet: April weather on the last weekend... 4 The giants in the CL final: The duel of the best strikers... 5 E-ID function: This is how the Perso works as an online... 6 Save money with preparation: This is how the heating... 7 Simple Approach to Nuclear Fusion: Will This Cancer... 8 Saxony-Anhalt: Nocturnal fires employ emergency services... 9 Greeting ritual returns: How unsanitary is the handshake? 10 "I'm no longer in pain": Schotte gets... 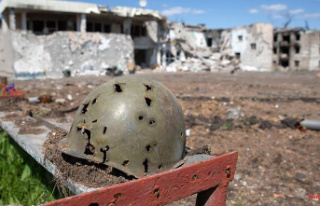 Disappointed by Scholz: Ukraine feels let down by...