Masters of the Universe: Revelation's Initial Trailer Has the Ability and Then Some

Skeletor, Teela, and much more return as a result of Kevin Smith to create the He-Man animation'80s children dreamed of about Netflix. The largest one is that Smith kept calling it a"continuation" of their first 1983 He-Man and the Masters of the Universeanimation, which appeared impossible because the original was utterly episodic, meaning there was no story to last. The next rationale is that Netflix initially called it an arcade collection, that might have been even significantly less of a continuation (Netflix has since ceased ). But watching this quite, really first trailer for the show, I believe I eventually get it.

Shut up and see:

From this opening shot of Castle Grayskull, that can be pretty much picture-perfect using all the first show, everything seems like it did at the'80s show only. . .much better. The figures are employing exactly the identical layout and (fairly ) easy palettes, but they are more comprehensive, much more cool-looking, and much more precise representations of their original action characters --they have not been upgraded , just enhanced. Well, with a couple exceptions which are for the very best; it resembles Prince Adam is visible smaller and younger than He-Man, making his transformation a whole lot more striking and meaningful, whilst He-Man has his latest"H" emblem on his chest rather than an Iron Cross, that has always been a very good idea for numerous factors. Ironically, I am unsure about He-Man's brand new, Sailor Moon-esque transformation chain .

Nonetheless, it's difficult to get overly concerned when Revelation apparently has all of the actions the first animation lacked, and then a few. Back then, child's animation couldn't reveal graphic violence--I do not mean gore, I suggest that He-Man never used a sword or punched another living being at the entirety of their first'80s series. The worst he'd do was pick up a terrible man and chuck him into a cone or puddle of water. As you can see, that is no more the situation. He-Man, Skeletor, and another no more have any difficulty trying to beat the hell out of each other with fists, weapons, and in Skeletor's instance, some genuinely badass sorcery. Sure, Beast-Man still jumps from the Land Shark another prior to a laser blows up it, classic cartoon-style, but that is fine! We'80s children never desired that the Masters of the Universe to kill each other, we simply needed He-Man to punch Skeletor from the face. . .and it seems like we are going to find that in spades.

In news that has not delivered me to paroxysms of pleasure, Netflix has also declared the occurrence of Revelations: The Masters of the Universe Revelation Aftershow, which seems like it is going to be one 25-minute unique that'll arrive alongside Revelation's initial five episodes. It is a very long story).

Unexpectedly, that seems far, far away. 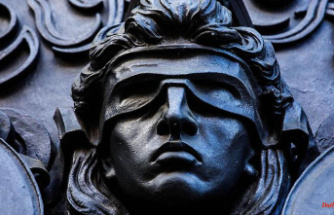 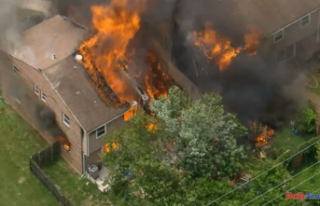