Mecklenburg-Western Pomerania: Gala for the homeless: "Monchi" waits and sings with a shanty

Rostock (dpa/mv) - After a two-year Corona break, the Christmas Angel citizens' initiative has again organized a gala for around 150 homeless people in the Hotel Dock Inn in Rostock-Warnemünde. 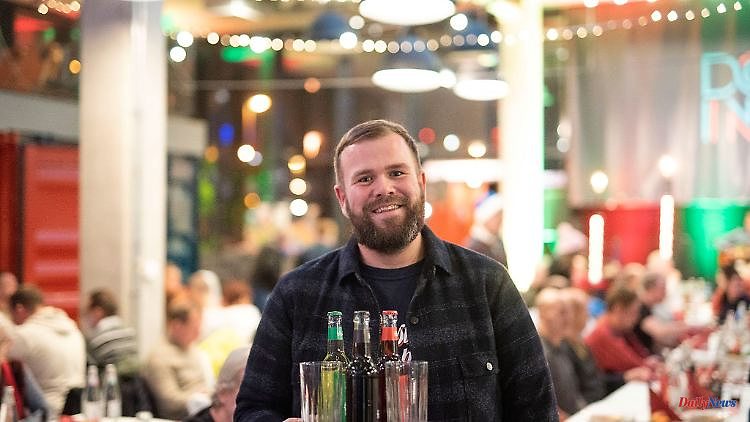 Rostock (dpa/mv) - After a two-year Corona break, the Christmas Angel citizens' initiative has again organized a gala for around 150 homeless people in the Hotel Dock Inn in Rostock-Warnemünde. There is almost a family atmosphere, said coordinator Uwe Krostitz on Monday evening during the event. You already know each other from previous events, even if the gala did not take place as usual.

"The aim of the event is, on the one hand, to make people really happy, hence the presents." It's about selected, really useful things, including coffee, cosmetics, clothing, but also sweets, said Krostitz. On the other hand, it is about the atmosphere in the hall. The program included a three-course Christmas menu and music. For example, a 20-strong shanty choir was to perform together with the front man of the punk band Feine Sahne Fischfilet, known as "Monchi". The musician, whose real name is Jan Gorkow, also waited tables again.

He joined the project as Jan and not as "Monchi". Krostitz said the musician just thinks the project is good. The gala is financed exclusively by donations. The transport company RSAG or the Verkehrsverbund Warnow will take care of the return journey for guests. "We just want to create a festive, cozy evening without being sentimental," said coordinator Uwe Krostitz in advance.

1 Baden-Württemberg: Bishop: Christmas is often celebrated... 2 Secured during raid: Investigators find "enemy... 3 "Dealer of Death" in the Duma?: Bout joins... 4 His mole becomes a classic: children's book author... 5 Baden-Württemberg: Heidenheim extends with a trio... 6 Funds are to be frozen: EU countries advocate sanctions... 7 Wall Street up: US investors optimistic about "double... 8 "Here's a check for you": "The... 9 Hesse: Man dies after shots in Frankfurt-Rödelheim 10 Bayern: 1. FC Nürnberg equips Nischalke with a professional... 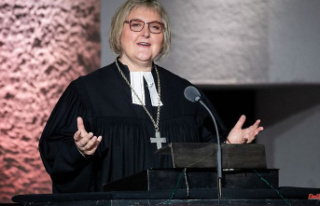