Schwerin/Berlin (dpa/mv) - Two water cannons from Mecklenburg-Western Pomerania have been helping to fight the fire in Berlin's Grunewald since Friday. 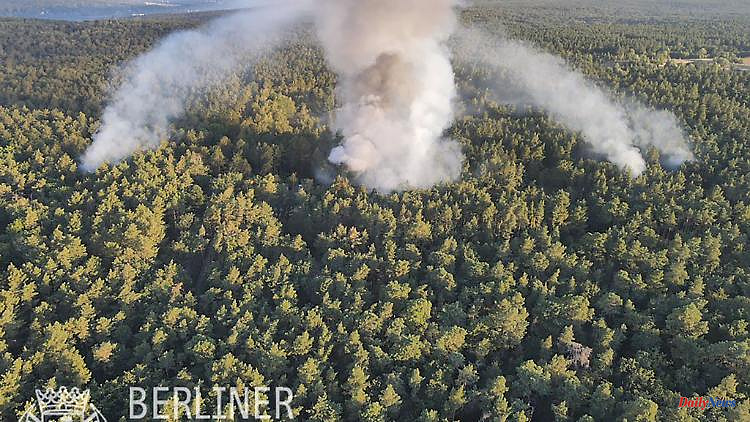 Schwerin/Berlin (dpa/mv) - Two water cannons from Mecklenburg-Western Pomerania have been helping to fight the fire in Berlin's Grunewald since Friday. The vehicles left Schwerin early in the morning, each with five crew members, the Interior Ministry said. The police in MV had thus complied with a request from their Berlin colleagues on Thursday afternoon for support in fighting the fire.

The fire broke out at a Berlin police detonation site. "We're happy to help, and in this case even better," said interior minister Christian Level (SPD). "We know from our own experience how difficult it is to control such a fire and how urgently all help is needed." Three years ago, a major fire raged for days on a former military training area in Lübtheen (Ludwigslust-Parchim district). The area was loaded with ammunition.

According to the information, the two water cannons of the state police can each fill up with 10,000 liters of water and release it within three minutes. Both water cannons were also used in the forest fire near Lübtheen in 2019, it said.

1 Thuringia: Zeiss Meditec benefits from subsequent... 2 A brutal duel over 294 minutes 3 Now or later? This is the perfect time to fill up... 4 Right-wing conservatives among themselves: Orban rails... 5 "Hungry for success" - Asians love wealth,... 6 Why the airport contingency plan is failing miserably 7 "Ukraine – the situation": Masala criticizes... 8 Explosion in Bergerac: "high temperatures"... 9 The half-year trade deficit widens to 71 billion euros,... 10 Right-wing conservatives among themselves: Orban rails... 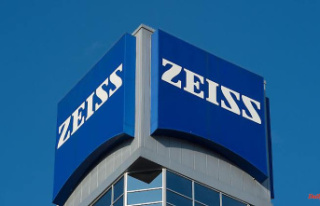