Replaced marble in the floor: Royal tomb gets new tombstone

The death of Queen Elizabeth II moved the whole world. 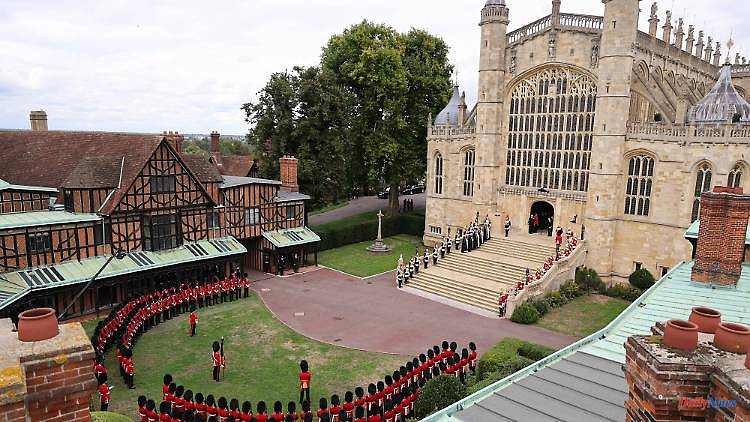 The death of Queen Elizabeth II moved the whole world. After her funeral, the family will have a royal mourning period without public appearances. But something is changing at the Queen's final resting place.

After the burial of Queen Elizabeth II in a side chapel of St. George's Chapel in Windsor, the royal crypt was given a new tombstone. The stone with the names of the Queen, her husband Prince Philip and their parents replaces the previous black marble stone in the floor, on which only the names of the parents - George VI. as well as Elizabeth (often called "Queen Mum") - stood. Also, the years of their birth and death are noted on it.

The Queen, who died on September 8, was buried in a ceremony on Monday evening after a state funeral with services in London and Windsor. Only close family members attended the funeral. Around 800 guests are said to have attended the service in the St. George's main chapel in the early afternoon. The state funeral for the Queen took place in London's Westminster Abbey on Monday afternoon, with 2,000 guests, including heads of state from all over the world.

Prince Philip, who died last year at the age of 99, was reburied in this setting, reuniting the couple in a shared final resting place. Windsor Chapel is currently closed to the public during the royal mourning period. It should be accessible again from September 29th.

After the mourning in public, there are now a few quiet days for the royal family. As the British television network "ITV" reports, official appearances by the Royals during this time are only permitted with the express permission of King Charles III. possible. The next big date for the monarch is his coronation. It is not yet known when this will take place.

1 For a message: Ulrich Wickert back to "Daily... 2 Lifetime Achievement Award: Elton John sings in the... 3 13 are "good": Four olive oils fail with... 4 Saving energy at all costs: Should you replace working... 5 The 25,000 euro question: red alert in the German... 6 Heating with wood waste: is it worth switching to... 7 Durable and economical: A good washing machine is... 8 Shivering before winter: How cold can it be in the... 9 The model makes the difference: the television consumes... 10 In times of war: Russians and Americans fly together... 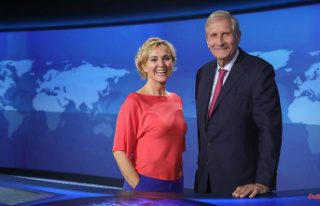 For a message: Ulrich Wickert back to "Daily...