RomCom with Roberts and Clooney: "Ticket to Paradise"? More like a ticket to hell

A divorced couple who hate each other travel halfway across the world to sabotage their daughter's wedding to a Balinese man. 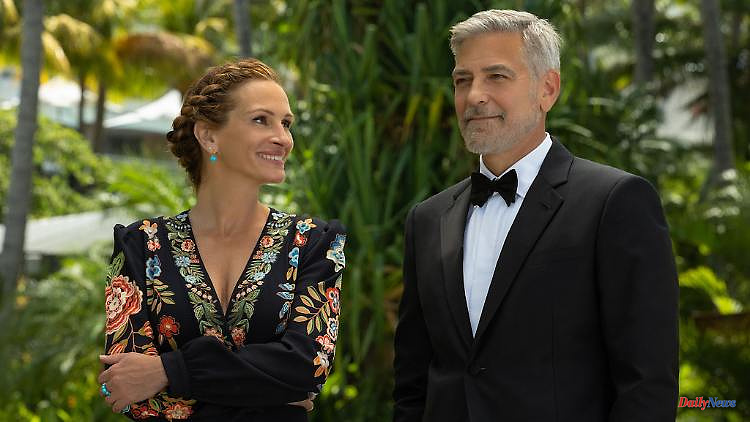 A divorced couple who hate each other travel halfway across the world to sabotage their daughter's wedding to a Balinese man. With "Ticket to Paradise" Julia Roberts and George Clooney don't win big - on the contrary.

The romantic comedy genre is as old as Hollywood itself. Developed in the silent film era, it became a staple during the golden age of big studios. The last heyday of rom-coms was in the 1990s, just before a new generation of critics and viewers decided they were dated, insubstantial, or even toxic because of the idealized concept of "true love".

Until then, Julia Roberts was the epitome of romantic comedy. Whether "The Bride Who Dares", "Notting Hill", "Pretty Woman" or "My Best Friend's Wedding" - in the 90s she delivered one box office hit after the other. However, that stopped in the 2000s. This is mainly due to the fact that she has not been offered anything that would have been good enough for a long time, Roberts recently told the New York Times Magazine. "If I read something that I thought was Notting Hill level or My Best Friend's Wedding level, I would," she said.

Now the time has come. The fact that the 54-year-old celebrates her comeback in the genre in "Ticket to Paradise" is thanks to the British director Ol Parker, who was responsible for the musical "Mamma Mia! Here We Go Again" (2008), among other things. Together with George Clooney, who collected his last RomCom experiences in 1996 alongside Michelle Pfeiffer in "Days Like This", she stands after "Ocean's Eleven" (2001), "Gesichtnisse - Confessions of a Dangerous Mind" (2002), "Ocean's 12" (2004) and "Money Monster" (2016) for the fifth time in front of the camera. But did the two hit the jackpot with the film?

Ex-lovers David and Georgia - who got married 25 years ago after graduating college only to find themselves divorcing after a short while - hate each other and would probably never see each other again. If it weren't for their daughter (Kaitlyn Dever). At the young lawyer's graduation ceremony, they involuntarily meet - bickering and nagging are not long in coming.

Shortly afterwards, a big shock follows: Lily falls in love with the sweet algae farmer Gede (Maxime Bouttier) while on vacation in Bali with her friend Wren (Billie Lourd) and wants to marry him in a few days. She also gives up her promising career as a lawyer for her beloved, because after the wedding the couple wants to stay on the Indonesian island. The dumbfounded parents now have four days to get on the plane and try everything they can to prevent the marriage. In her opinion, the young woman should not repeat her own mistakes.

The fact that the cooperation will not be easy is already clear on the plane, when they are supposed to be sitting next to each other in business class and the plane is also owned by Georgia's new friend, the young Frenchman Paul ("Emily in Paris" star Lucas Bravo), is controlled. Out of necessity, however, David and Georgia pull themselves together and make plans to stop their daughter's plan. Common memories of the past come up - and more than melancholic feelings.

Anyone who has ever seen a RomCom - or the revealing trailer of "Ticket to Paradise" - can already guess in the first few minutes where the plot is going. Because the formula of the film has been seen a number of times, but not necessarily in such a dream setting (which, however, is Queensland, Australia and not Bali): two people who are obviously meant for each other can't stand and bitch at the beginning of the film each other for about 90 minutes, only to get together at the end. yawn.

The film does deliver a few funny scenes and laughs. But mainly it is a series of RomCom clichés and kitsch - from deep conversations at sunset to wise calendar sayings to boozy nights and waking up in a strange bed. In particular, the strong dislike that Georgia and David feel for each other, reminiscent of the animosity between Beatrice and Benedict in the Shakespeare film adaptation Much Ado About Nothing (1993), seems greatly exaggerated 20 years after their divorce. The heated and artificial war of words between the divorced parents cannot hide the fact that "Ticket to Paradise" is an extremely banal and predictable plot.

What happens around Georgia and David's love comeback is absolutely irrelevant: the relationship between Lily and Gede, for example, or Lily's sidekick Wren, who doesn't have a story of his own, but always has it between alcohol escapades and one-night stands once again finds the time for clever advice. All just details to get the ex-couple back on track.

The fact that Julia Roberts and George Clooney clearly had fun filming can not only be seen in the outtakes in the credits. As in previous productions, the two Hollywood stars harmonize very well in front of and behind the camera, despite the many script weaknesses. The 54-year-old had concerns before accepting the role. "Disaster," she thought while reading the script, "because that only works if it's George Clooney," she told the New York Times Magazine. That's correct. Because without the line-up of stars, "Ticket to Paradise" would probably have been more of a straight-to-DVD film.

"Ticket to Paradise" will be in cinemas from September 15th. 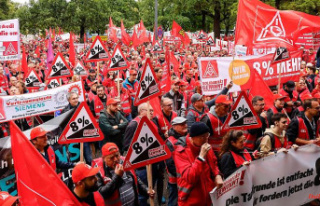 Bavaria: collective bargaining round initiated in...