Sailing: François Gabart and the Ultime class, the epilogue of a "war" in ocean racing 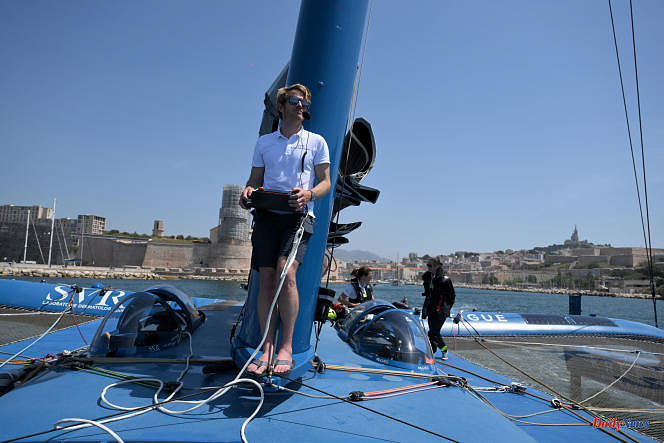 "Heartbreaking, distressing, heartbreaking." Many sailing observers say they are "appalled" by the conflict between the Ultime class, bringing together these maxi-trimarans which are both the pride and the singularity of French offshore racing, to François Gabart, skipper also of a trimaran which "flies", but which does not belong to this class. Seizure in summary, justice must render its deliberation Thursday, July 21.

What about this rather Byzantine affair, which could deprive François Gabart of participation in the next Route du rhum (departure from Saint-Malo on November 6)?

The Ultimate class is based on RSO (Offshore Special Regulations) Rule 3.11 which states that "winches [which are used to furl the sails] shall be installed in such a way that an operator does not need to be underneath of the bridge".

Rule that some consider outdated because of the extreme speed of these boats which exceed 40 knots (74 km/h), knowing that a solo sailor is more protected inside (where he/she manoeuvre) than on a wave-swept bridge. But the rule is the rule, recalls the Ultime class.

Unlike the other Ultimes, which have cockpits "posed" on the deck, the Charente skipper's blue trimaran is closed. The latter obviously has the possibility of steering through two Plexiglas portholes.

As soon as the SVR-Lazartigue trimaran was launched in Concarneau in July 2021, Thomas Coville, invited by François Gabart, pointed out what he considers to be an anomaly. "I told him of my astonishment at this rule," recalls the world tour, skipper of Sodebo, quoted in Le Télégramme on March 28.

Despite this, François Gabart will compete in the Transat Jacques Vabre four months later, which he will finish in 2nd place with Tom Laperche, thanks to an exemption.

"The counterpart of this derogation was to comply once the race was over, for the Rhum 2022 and the Round the World in 2023. But we realized that there was no desire to move forward the file," explained Armel Le Cléac'h, skipper of Banque Populaire, in Le Télégramme at the end of March.

François Gabart denies this and explains, in view of the Route du rhum in November, that such a project is not necessary, because he considers that he has not departed from the rule. And that if he had to undertake work, it would radically modify the boat, not to mention the additional cost and the weeks of downtime.

Mandated by the Ultime class last winter to cut this Gordian knot, three French experts recognized in the industry declared the trimaran to be compliant. This is where things get complicated. The class does not take into account the opinion of the three experts on the grounds, she says, that their opinion was only advisory.

She then wishes to call on a second expertise, that of World Sailing, the International Sailing Federation, which, based on drawings of the deck plan of François Gabart's boat, declares that rule 3.11 has not been respected.

The same Federation had however previously declared itself incompetent, returning the responsibility to the Ultime class and the organizer of the Route du Rhum to say whether SVR-Lazartigue was compliant.

The matter grew darker and darker at the end of February. Both parties are sticking to their positions. But in the end, all the shipowners present resolved themselves to a last alternative, supported by the mediation of the French Sailing Federation: "A response from World Sailing arriving no later than March 4, 2022 applies to all. A response from World Sailing after March 4 leads to a temporary derogation from RSO 3.11 in favor of SVR Lazartigue for its participation in the Route du rhum 2022, with World Sailing's interpretation applying to all at the end of the Route rum. »

It is the execution of this key point of the agreement that the Kresk group, the sponsor of François Gabart, requested from the courts during a hearing in summary proceedings at the end of June and which considers that World Sailing's response was issued… March 7th. The opposing party asserts that World Sailing had indeed rendered its unfavorable opinion based on rule 3.11 on… February 21.

The stakes are high: we are talking about the participation of Frenchman Gabart in the Route du rhum, a legendary, ultra-mediatized transatlantic race, in which he was beaten in 2018 in the last miles by Francis Joyon, after a incredible suspense.

His sponsor claims, in the event of non-participation, damages… of 19 million euros. The Ultimate class, magnanimous, but who are afraid of taking on the wrong role in the eyes of the public, asks for a symbolic euro.

Without prejudging the content of the deliberation, it is to be feared that the scars will be raw in the middle for a long time. Above all, there is the problem of the governance of the Ultimate class, whose presidency (and vice-presidency) is provided by… a sponsor, whose impartiality is necessarily questioned. A jurist specifies: "If this affair can have a single virtue, it is that of thoroughly refounding this governance full of conflicts of interest. »

Vincent Lauriot-Prévost, architect of the firm VPLP, a central figure in the offshore racing community, said he was "collapsed" by the turn of events: "This affair will have produced only losers. The image is disastrous and ruins all efforts,” summarizes the co-founder of the firm who drew up the plans for SVR-Lazartigue, as well as those for Actual and Banque Populaire.

The entire Ultime class has been united and united so far, the skippers as well, even if the mines seem sincerely embarrassed. A sponsor said he was still worried about the image sent back to the general public, citing the word "war".

It remains to be seen how the Ultime class and François Gabart will be able to put an end to this "war" precisely? "Sad in the soul, one can imagine, if he is rejected, that he would accept the conditions imposed by the Class, namely to run the Rum with a sort of handicap imposed in terms of on-board weight: 200 kg, 300 kg extra mass? More ? And if basically this whole story was based on an obsolete rule that no one understands anything, ”says an observer usually known for his composure.

It makes you wonder if, sometimes, French sailing does not strive to complicate everything. 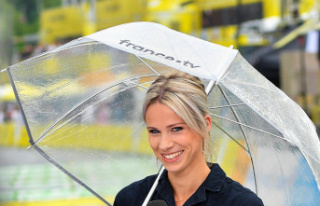 Who is really Marion Rousse, the great lady of the...