"Send it to me!": Jauch angry about body language trainers 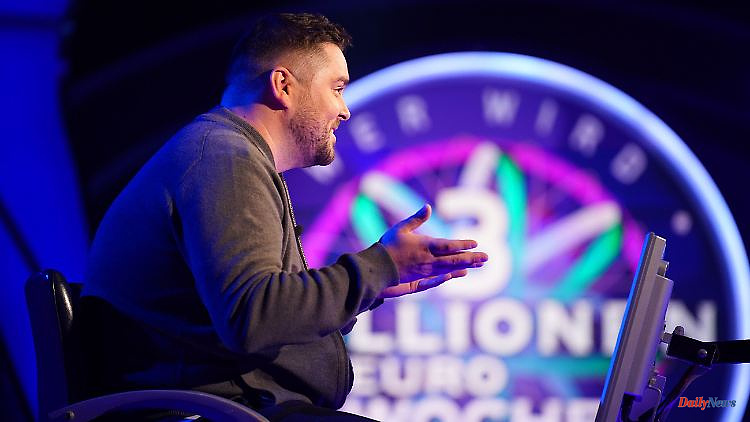 An alleged body language expert wants to have cracked Günther Jauch. The "Who Wants To Be A Millionaire?" moderator is not amused at all: "This trainer assumes that I...?!" But then Jauch is more helpful than ever at WWM.

The crash on Monday was followed by "Who wants to be a millionaire?" the great mediocrity. "Don't you win here anymore? Strange," Günther Jauch himself wondered on day two of the "three million euro week". Despite the meager record, there was a surge of emotion among the candidates, especially the hosts. He didn't like it at all that an alleged body language expert was being paid to give future candidates Jauch tips. "Well, send it over to me!" he said.

Radio presenter Maik Müller from Potsdam had actually prepared for his appearance in a fee-based WWM boot camp. There, not only the fast typing in the selection question was trained. A supposed language and facial expression trainer had advised the 33-year-old to give the wrong answer in case of doubt. His theory: In such a case, Jauch will betray himself by twitching an eyebrow.

In order to guess Jauch's opinion, no course fee was necessary. The moderator visibly felt attacked in his professional honor as the sphinx of German television. "This coach is assuming that I basically always sit here with the same stupid expression on my face and haven't even managed to change it in a quarter of a century?!" he stated.

Despite all the preparation, Müller, like all the candidates, only managed to earn 32,000 euros on Tuesday evening. With this, all contenders secured at least a place in the final on Friday and the chance to win a record prize of three million euros. Only for Heiko Borscheid were the 64,000 euros within reach - also thanks to Jauch. He had never been in the long history of "Who Wants To Be A Millionaire?" helped a phone joker as much as he did.

"The question is so difficult to think through in 30 seconds that for the first time in Who Wants To Be A Millionaire? Do the following. I'll tell you what the question is beforehand," Jauch said in a conversation with telephone joker Peter Putzing. The sports journalist expected more: "I thought you'd tell me the answer." "That would be the last option," said Jauch to the laughter of the studio audience.

So before the timer started, he read Putzing the question for 64,000 euros: Which country occupies the same place in the rankings of the federal states according to area and number of inhabitants? Jauch even gave the telephone joker an example. Bremen would end up last in both categories. Putzing then confirmed Borscheid's assumption that the question editors were not looking for North Rhine-Westphalia, Bavaria or Berlin, but for Baden-Württemberg.

But the contestant just didn't dare to log that correct answer. "I can't do it. I would love to see you again on Friday," said the spokesman for SC Sand 1946, until recently a Bundesliga club in women's football. If he cashes in on Friday, the mysterious stranger who suggested Borscheid as a candidate on RTL and has stubbornly kept a low profile will hopefully also reveal himself. "I assume he'll get in touch from 100,000," the 50-year-old suspected. He was all the happier with his result. "For the fact that I didn't want to come here at all, it was a lot of fun with you. Well, you're a very nice guy," he said goodbye to Jauch.

Kerstin Jacob-Rauch must have been pretty happy with her 32,000 euros. The partner of the overhang candidate was one of the unlucky ones on Monday who fell to 500 euros. "Post-traumatic stress disorder," Jauch commented when the candidate once again acted very carefully on a question. But the start of the "three million euro week" was apparently still in his bones. "It's nice that we apparently managed to get a few more finalists tonight than yesterday," said the moderator happily after Ralf Jahnel from Essen had also cleared the 16,000 euro hurdle.

The 55-year-old from Essen was once a member of a metal band. One day he was able to fulfill his dream of buying his own CD in the shop. Jauch was able to understand this feeling. "When I walk through German cities at night, look through the windows and it says 'Who wants to be a millionaire?'

1 Good long-term returns: these are currently the best... 2 Significant plus for new contracts: building loan... 3 Retirement in seven steps: How to prepare for retirement 4 Electricity from the roof: This is now changing with... 5 Give with warm hands: This is how you give away wealth... 6 New support calculator: how much housing benefit can... 7 North Rhine-Westphalia: Wüst and three state ministers... 8 Mecklenburg-Western Pomerania: Anklam Volunteer Center... 9 North Rhine-Westphalia: Attacks on the fire brigade:... 10 North Rhine-Westphalia: preparation for the fair:... 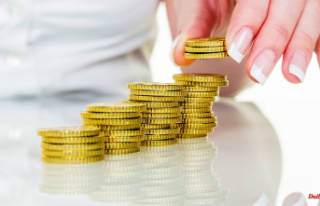 Good long-term returns: these are currently the best...