The east of France in turn won by the heat wave

The twenty-six departments placed in orange vigilance from Wednesday, at the peak of this new episode, will remain so on Thursday, from the South-West to Burgundy and Alsace, and from Languedoc to the Alps. 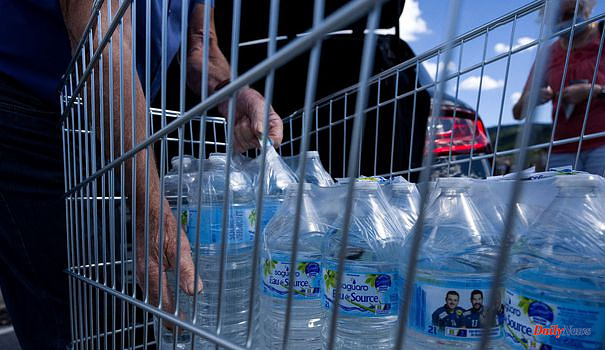 The twenty-six departments placed in orange vigilance from Wednesday, at the peak of this new episode, will remain so on Thursday, from the South-West to Burgundy and Alsace, and from Languedoc to the Alps. Fifty others are in yellow on the Météo France map.

"If we sit outside, we burn," says Zackaria, a 27-year-old homeless man who has found refuge in an air-conditioned Paris reception center run by Emmaüs Solidarité. The association has extended its daytime reception hours to cope with the heat wave.

In Strasbourg, walkers take refuge in the shade of the cathedral while others stroll around a fountain. In front of a glacier, the queue is getting longer. "It's very hot (...) I eat ice cream to cool off," says Timo Kessler, a 48-year-old German tourist.

It will be 37 to 39 on the Southwest and from the German borders to the Rhone corridor with night temperatures which will have remained between 18 and 21 degrees or even 24 locally overnight from Wednesday to Thursday.

Météo-France predicts milder temperatures over Brittany, a wide strip north of the Seine and on the Channel coasts, again in green on the map, due to a northerly wind.

A refresh that announces a cooler weekend, before a further rise in temperatures early next week. However, this third heat wave was to be shorter than the previous one, which ended on July 25 and lasted 14 days.

A few sometimes stormy showers are also expected on Thursday. But not enough to allay fears related to drought.

July 2022 is "the second driest month of all months combined" in France since the start of measurements in 1958-1959, with a cumulative aggregate rainfall of 9.7 millimeters, according to Météo-France.

So far, the driest month on record was March 1961 with 7.8 millimeters.

In the Vosges, concern is high in Gérardmer, a resort which was already suffering from increasingly uncertain winter seasons due to global warming and which now faces a summer drought of exceptional intensity and earliness.

An "extreme situation", according to the mayor (PS) Stessy Speissmann. The water table is bloodless and the city has to draw water from the large lake that made its reputation. For two days, Wednesday and Thursday, this water is considered undrinkable, the time to carry out analyses.

In Haute-Corse, Rogliano has even opted to acquire a desalination unit, a first on the island. "We no longer have a choice, we are going to be the pioneers in Corsica", explained to AFP Patrice Quilici, mayor of this village at the tip of Cap Corse which includes the very touristic marina of Macinaggio.

Serious consequences also for EDF which could further lower its production of nuclear electricity in the coming days, or even stop a reactor at the Tricastin power station (Drôme) due to the high temperatures of the rivers.

EDF also warned of possible "production restrictions" at the Saint-Alban (Isère) plant, on the Rhône, or at that of Golfech (Tarn-et-Garonne), on the Garonne.

Another sector in great suffering: agriculture. "We had chronologically or almost the swine crisis, the avian flu, the Ukrainian crisis, the frost and the hail and comes the drought... Over twelve months we had the summary of what we have over 5 or 10 years" , summed up Minister Marc Fesneau in an interview with AFP.

Some cattle breeders are reduced to selling their animals because they cannot feed them.

They "have been significantly more numerous in recent decades. Over the past 35 years, they have been three times more numerous than over the previous 35 years", according to Météo-France.

1 North Rhine-Westphalia: 88-year-old mother killed:... 2 Accident: car accident ends in the pond: driver flees... 3 The ECHR rejects a request to suspend the deportation... 4 Hospitality: Alfons Schuhbeck has to go to court 5 Mecklenburg-Western Pomerania: Hansa against Bielefeld... 6 I also have to write about Wagner's anti-Semitism 7 Accidents: DLRG: Number of drowned people in Germany... 8 Mecklenburg-Western Pomerania: IHK shuts down IT systems... 9 Women in the heartache trap – “Feminists have... 10 Sebastian Bezzel and Simon Schwarz: You collect very... 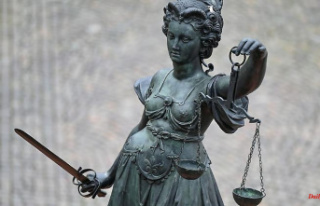