The government wants to expel "any foreigner" who "committed serious crimes"

In an interview, Gerald Darmanin, Interior Minister of France, stated that the government would allow the expulsion of any foreigner who has "committed serious acts".

In an interview, Gerald Darmanin, Interior Minister of France, stated that the government would allow the expulsion of any foreigner who has "committed serious acts". This is done by lifting the condition on the age of arrival in France. This Saturday, July 9, at 9:09 am on "World" online

Minister said that a foreigner who has been convicted of serious crimes is not eligible for deportation as long as certain conditions are met, such as having arrived on national territory prior to the age 13 or other similar requirements.

He said, "We want to permit the expulsion of any foreigner convicted of a grave act by the courts. This applies regardless of their presence on national territory."

The Minister added that this new provision will be integrated in the future orientation-and-programming law of the Ministry of the Interior ("Lopmi"), which was "presented at the beginning of the school year".

He said, "We are willing to discuss, amend, and find compromises avec the LRs. The centrists. Even part of the left" in order to pass this law.

The government is also ready to "take up” in the Lopmi "a number of proposals, such as Bruno Retailleau’s (LR) antibreakers law," said Gerald Darmanin. He added that, "in terms immigration, we should reflect on the conclusions from Francois-Noel Buffet's (LR). 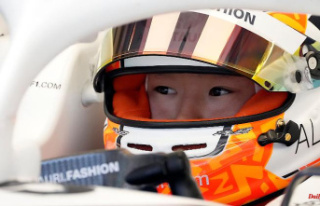 Wildest tirades in the cockpit: Scolding F1 star gets...