"The situation puts a strain on you": Ulrich Matthes chats about Angela Merkel

Ulrich Matthes is one of the most prominent actors in Germany. 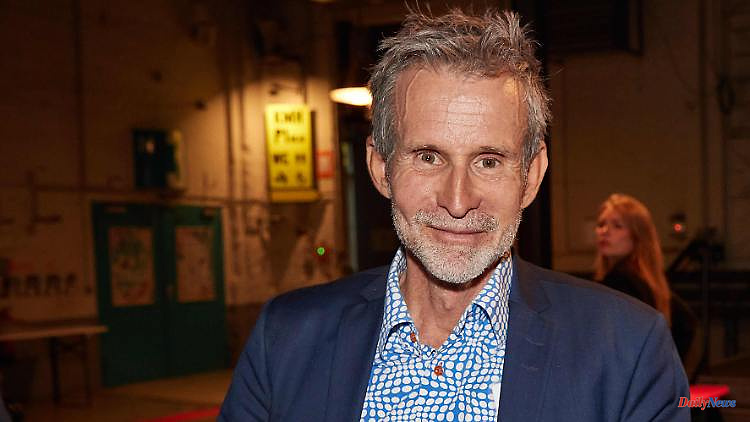 Ulrich Matthes is one of the most prominent actors in Germany. Privately, he also has a few friends in politics, including ex-Chancellor Angela Merkel. In an interview, he not only gives an insight into her inner life, he also comments on the Ukraine war and traffic light politics.

As an actor, Ulrich Matthes has embodied many a despot. In the hit film "Der Untergang" he played the part of Nazi propaganda boss Joseph Goebbels. In contrast, he recently slipped into the role of Adolf Hitler in the film "Munich - In the Face of War". But now it's enough for him to portray tyrants, as he reveals in a detailed interview with "Stern" magazine, which also deals with current political issues and his girlfriend Angela Merkel.

When asked if he didn't feel like playing Russia's President Vladimir Putin, for example, Matthes replies unequivocally: "No. It would just be another empathetic, evil person stuck in his ideology. I don't want to play such cold ones anymore Playing people from history." And he emphasizes: "Now it's good with the mass murderers."

The question of how to deal artistically with a character like Putin follows a lengthy discourse in which the actor also addresses the real political situation against the background of the Ukraine war. He does not want to agree with the interviewer's criticism of Chancellor Olaf Scholz's "quasi hesitancy". "It's too serious for that," says Matthes. "Above all, I wished for better communication from Scholz," he adds.

"Oddly" he hasn't even caught the thought of wanting Scholz's predecessor Angela Merkel back in the Chancellery, says the 63-year-old. This is probably related to his personal relationship with the former chancellor, with whom he has been friends for a long time. "I just begrudge her that now, in this situation, she is no longer responsible. And I thought it was right that she resigned. The time was right. I say that with great sympathy for her," explains the actor.

Matthes shows understanding that Merkel largely withdrew from office after leaving office. The actor suspects that the 67-year-old will continue to refrain from giving advice to the current decision-makers in the future: "I suspect that she doesn't want to be present as a kind of secondary chancellor." Matthes emphasizes: "If there is an unpretentious person, then it's Merkel. In terms of type alone, she doesn't aspire to be the Elder Stateswoman at all." Matthes says he doesn't want to reveal anything about his private conversations with the former chancellor, but he can say this much in view of the changed political situation in the world since Russia's attack on Ukraine: "The situation weighs on you far more than it burdens us all anyway ."

Matthes defends his girlfriend against criticism of a possibly overly pro-Russian policy during her term in office: "I don't think that any other chancellor in the past 20 years would have behaved differently towards Russia." Matthes also has nothing to say about today's Federal President Frank-Walter Steinmeier, for whose candidacy he once campaigned and with whom, according to his own statement, he still "occasionally eats a meatball in the canteen of the Deutsches Theater". "As if everyone hadn't really tried to contain this unspeakable Putin with diplomatic efforts. I think it's cheap to say now: Steinmeier messed it up. Or Merkel messed it up," explains the actor.

"Of course" he was touched by the pictures from the Ukraine, says Matthes. However, he personally does not feel the "turning point" declared by Scholz, he makes it clear: "I only know that it is something very drastic for all of us."

You can read the complete interview online at "Stern" and from Thursday in the print edition of "Stern". 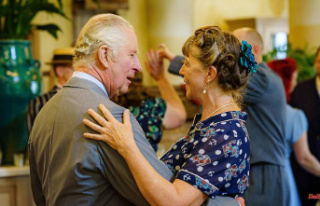 Start of the Queen's anniversary: ​​Prince...