China is using Nancy Pelosi's visit to Taiwan to consolidate its military control in the region - and to prepare for the annexation of the breakaway island. 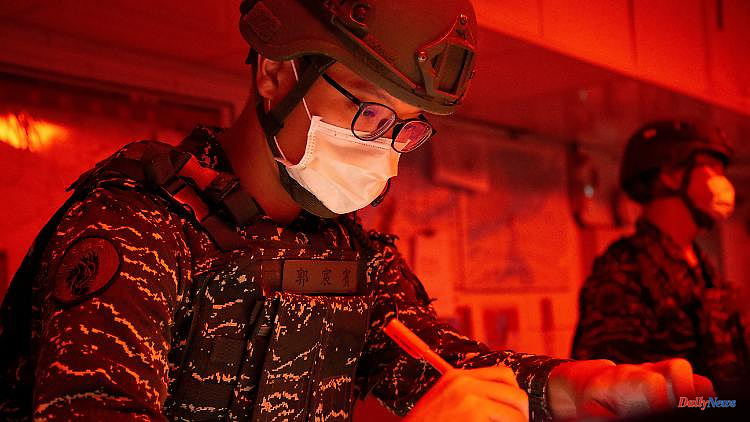 China is using Nancy Pelosi's visit to Taiwan to consolidate its military control in the region - and to prepare for the annexation of the breakaway island. In an interview with ntv.de, China expert Maximilian Mayer explains why an invasion is not even necessary, how the USA has failed diplomatically and what Taiwan can do to keep the Chinese at bay for as long as possible.

ntv.de: China ended its military exercises after about a week. Has that defused the situation?

Maximilian Mayer: We are in a completely new situation. China has shown the ability and the will to permanently define the entire air and sea space around Taiwan as its exercise area through its navy, but also through the coordination of the air force, navy and missile forces. Militarily, the status quo in the western Pacific has changed dramatically. The last few days show that these maneuvers could be extended over weeks in the future. Hints from Chinese military experts point to a regular repetition. And the radius of future operations is likely to expand further with an ever-expanding fleet that now includes three aircraft carriers.

What does that mean for Taiwan?

Officially, it will not be a blockade in the future either, but a military maneuver. Because in the event of a blockade, international martial law would come into play almost automatically. What is happening now, on the other hand, is rather unproblematic in terms of international law. Nevertheless, Taiwan could now find itself more often in a quasi-blockade. First of all, this would have an economic impact. However, China could easily continue to tighten the thumbscrews. One possible escalation would be to block any arms shipments to Taiwan from the US or Europe by sea.

What consequences would this have for the Taiwanese economy?

China's military exercises have come so close to the ports that the traffic of cargo ships has already been disrupted. Most of the Asian airlines had also diverted flights via Taiwan. If this loss of autonomy lasts a week, you can get over it. But as soon as it is maintained for more than two weeks or even months, the supply of oil and gas, for example, but also food, is endangered. The key pragmatic question is how to react to the threatened restriction of Taiwan's autonomy.

So it doesn't take an invasion to bring Taiwan to its knees?

I believe that despite the nationalist war howls erupting on the Chinese internet, the Chinese government wants to avoid an invasion at all costs. That would be the worst-case scenario, including for the People's Liberation Army. After all, an invasion still harbors major military risks. The flexible blocking approach, on the other hand, is smarter and cheaper from the Chinese perspective. In the new white paper on Taiwan, the preference for "peaceful reunification" has not changed. It remains to be seen whether quasi-blockades will ultimately be the more successful way to achieve the goal of reunification.

What can Taiwan do against such blockades?

A real jolt is going through Taiwan. It may be late, but the country is slowly waking up. This is comparable to what happened in Ukraine in 2014 when Crimea was annexed. At that time, the Ukrainian government was only really beginning to modernize the armed forces. We could now experience something similar in Taiwan. The question is whether Taiwan can still receive much-needed arms supplies from abroad. In any case, the country needs robust military capabilities and improved responsiveness if it is to withstand the mounting pressure. The global networking of Taiwanese chip producers, on the other hand, is likely to be a stabilizing factor, since China itself is dependent on this and the costs of a military confrontation would be incurred directly by uninvolved actors worldwide.

When it comes to Taiwan's survival as a democracy, attitude is no substitute for economic coordination and military capability. For example, Taiwan urgently needs to expand its navy - particularly its submarine capability. Asymmetric capabilities would at least add a little more risk to the maneuvers that the mainland could now throw again and again. At the moment, Taiwan's submarine fleet is far too small. German submarines have been on the Taiwanese wish list for many years. If Germany were to consider whether to deliver U31 boats to Taiwan, one would have to carefully weigh up what the consequences would be, especially for relations with China.

Why hasn't the US reacted yet?

Apparently no strategy has been prepared for this situation. The Biden government failed to embed Nancy Pelosi's visit diplomatically. Pelosi's hasty trip has done Taiwan a disservice. It gave China an excuse to do what is happening now. This power projection would probably have happened at some point anyway - maybe in a year or four years. But neither the US nor Taiwan were prepared for the acceleration we are now witnessing. There is also a lack of strategic coordination with the US allies in the region, who are reacting to the tensions in very different ways. Biden's displayed composure could still become an Afghanistan 2.0 - a diplomatic disaster that further calls into question the credibility of the USA as a protective power for other democracies.

How do you rate Pelosi's visit?

The flying visit to Taipei was not meant to end. In view of the polarized international situation, anyone who undertakes such an official, highly symbolic visit must have scenarios for how to deal with the foreseeable and clearly communicated reaction from the Chinese side. Pelosi has put the US President in a precarious position of simultaneously showing strength and preventing a spiraling threat. However, at least on public channels, there is nothing of this diplomatic tightrope act. It almost seems as if the USA would initially accept the new radius of action of the Chinese armed forces.

Should Biden have stopped Pelosi?

He couldn't. As President, he could not tell the representative of an independent body of the political system what to do or not to do. Pelosi should have recognized for himself that, in addition to Taiwan, it is also particularly damaging to the United States. It is quite possible that China was just waiting for such a mistake. In any case, one was prepared. Even the modernized People's Liberation Army could not have initiated a maneuver of this scope and complexity in a rush. The plans for this lay in the drawer.

Are sanctions conceivable as a reaction to the Chinese blockade?

I do not believe that. Europeans and Americans are far too dependent on Chinese technology and mutual trade relations for that. Punitive measures would do us all great harm. In contrast, the effects of the sanctions against Russia are comparatively small. In addition, there is no justification for economic sanctions under international law - in fact, nobody threatens China with them. International support for this would be significantly lower than in the case of Russia.

So how should Germany and Europe react?

Europe is in a quandary. If there were a military confrontation, the impact on the global economy would be fatal. There would also be a severe loss of prosperity in Europe. In order to prevent this, it would be advisable to carefully diversify foreign trade, i.e. to gradually reduce and shift dependencies on China. However, this process is full of imponderables. It would not take months, but rather years or decades. In addition, for many companies it does not seem particularly realistic to find reliable and cheap substitutes for products, supply chains and raw material imports from China. In any case, the German economy would remain closely intertwined with China if trade with East Asia were not severely reduced overall.

But even China cannot afford a war at the moment.

The Communist Party leadership is focused on the 20th Party Congress at the end of October. At the same time, China is struggling with economic and financial problems. Beijing will therefore try to keep the risk of military escalation as low as possible. It can already be seen that China is holding back. Rockets have flown over Taiwan, but no warplanes. Chinese warships have not penetrated the 12-nautical-mile zone around Taiwan either. Domestically, this restraint is not without controversy. There are very many Chinese people who are loudly calling for war and who are feeling too weak to respond to Pelosi's visit. The maneuver looks like a paper tiger to her.

1 Universal antibodies: hope for a silver bullet against... 2 Galaxy Z Flip 4 and Z Fold 4: Samsung's new folding... 3 FDP man Faber on Ukraine trip: "We underestimate... 4 Only Belarus Supports Russia: What Ex-Soviet Countries... 5 Before parliamentary elections in Italy: is the Kremlin... 6 "Don't get a crying fit": Candidates... 7 Rising energy costs: when is it worth replacing household... 8 Update on the way: Google Maps now offers fuel-saving... 9 19 virus monitors in the test: integrated Windows... 10 38 percent protection: RWE with a ten percent chance 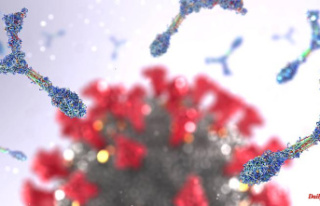 Universal antibodies: hope for a silver bullet against...