The cheering crowd, the recently in Bristol, the monument to a slave trader from the 17th century. Century in the Avon, plunged, was extremely political and ant The cheering crowd, the recently in Bristol, the monument to a slave trader from the 17th century. Century in the Avon, plunged, was extremely political and anti-colonial. In the same way as those who have made it in Boston just a Statue of Christopher Columbus, a head shorter. Or those who would vent their outrage over racism to a still image of Churchill. If Immanuel Kant is also soon on it, we don't know. He would have to be according to the logic of such "policy", but Kaliningrad is far. But even Bismarck did not, it helped the other day in Hamburg-Altona, and that he was not an advocate of colonial conquests.

You can such actions of destruction, From-the-Socket-bringing and the Beschmierens of statues in the Tradition of Iconoclasm set. Just then, however, a difference of the present to the past protests on the falls. It is a Revolution, a social upheaval is lacking. The acts are, unlike the historical image of destruction, not in the context of a Reformation or of a regime change. There is no victory through images is not confirmed storm, the Statue falls in a war. Unless, you would be required to speak of a war against the local monument authorities, for example in the Bristol deaf, as a citizen, you may, however, mention at the monument, the one Shown was a Slave-bitch.

1 George Floyd: the song is a tribute to a young boy... 2 Austerity measures: Karstadt Sports includes two-thirds... 3 Lille: the gathering stretched for the removal of... 4 Victory in Paderborn, Germany: Gladbach will take... 5 1:1 against Augsburg: Shared happiness for the Fortuna 6 Dortmund's exclamation mark: Timo Werner can't stop... 7 3:1 against Bremen: Mainz remains top-notch, Werder... 8 High victory against Union: Hoffenheim stormed to... 9 Broke in Berlin: major setback for Leverkusen 10 1:3 in the case of the Bavaria: Freiburg Europe dream... 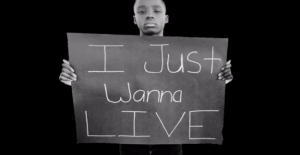 George Floyd: the song is a tribute to a young boy...