This is a bit reminiscent of the Trabant from the GDR era: the concept car Oli consists partly of cardboard and weighs only about a ton - half a ton less than other cars of this size. 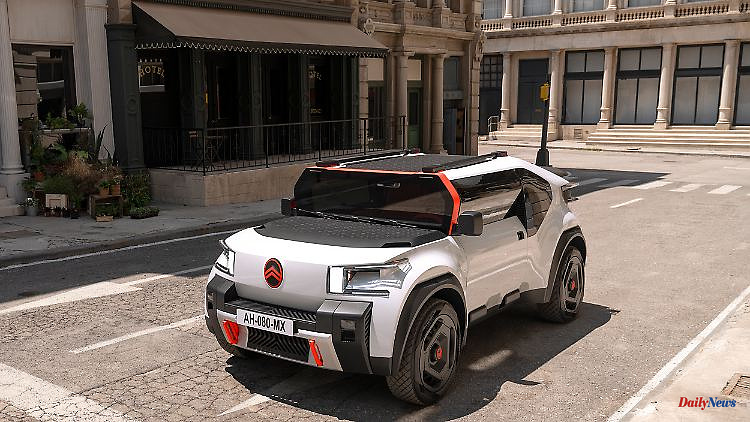 This is a bit reminiscent of the Trabant from the GDR era: the concept car Oli consists partly of cardboard and weighs only about a ton - half a ton less than other cars of this size. Citroën is showing an alternative to the ongoing trend that cars are getting bigger and heavier.

Citroën is now showing what an affordable car for the family could look like with the concept vehicle Oli. The show car combines inexpensive cardboard parts and components from 3D printing with an unusual spatial concept.

Stylistic elements such as the vertical windshield or the completely horizontal hood are more eye-catching. The angular hatchback could serve as a model for the series, especially when it comes to the choice of materials. In order to save costs and weight, the French made the loading area, roof and hoods out of cardboard reinforced with honeycomb and coated with protective paint instead of steel. The seats come from the 3D printer. As a result, the compact e-mobile weighs just 1000 kilograms - around half a ton less than conventional cars of this size.

In addition, the developers have also slimmed down in the construction. The front and rear bumpers are identical in construction, the doors on both sides are mounted differently but are completely identical. This not only simplifies production and assembly, but also saves weight thanks to the reduced number of parts. The trunk of the Oli has been redesigned. The flap is divided into two; if the lower part is folded down, it enlarges the loading area into a pick-up-like flatbed. The rear window can be folded up, as can the rear seats.

The drive of the study is electric. A relatively small battery of 40 kWh should be sufficient for around 400 kilometers thanks to the low vehicle weight and a speed limit of 100 km/h. Citroen mentions consumption of 10 kWh per 100 kilometers - a value that even small electric cars cannot achieve today. A fast charging function should increase the suitability for long distances - according to the manufacturer, the battery level can be increased from 20 to 80 percent in 23 minutes.

With the study, Citroën underscores its role in the multi-brand Stellantis network of wanting to offer affordable mobility for everyone. At the same time, the Oli is an alternative to the usual higher-faster-further in the industry. There shouldn't be a series conversion. But some of the ideas could definitely make it onto the streets at some point.

1 Mecklenburg-Western Pomerania: Judgment on serious... 2 Baden-Württemberg: coffee roastery on fire: the cause... 3 Hesse: burst water pipe leads to traffic disruptions 4 Mecklenburg-Western Pomerania: 87-year-old abused... 5 Bavaria: Car went down in the Main 6 Saxony: truck trailer burns on the A4 7 Robust start to the quarter: is Wall Street starting... 8 "My cancer is too aggressive": Tim Lobinger... 9 Bavaria: Three injured in an accident in Neu-Ulm 10 Baden-Württemberg: Man wants to buy a car and is... 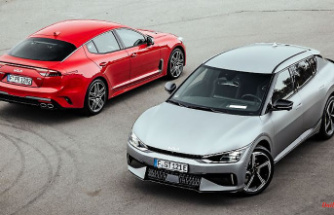 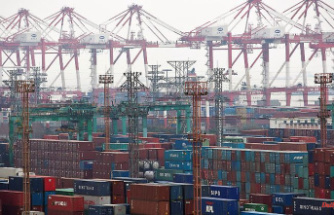 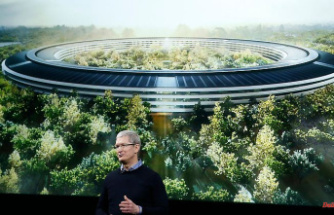 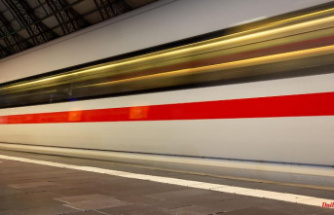 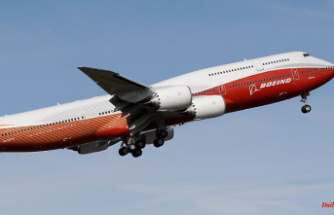 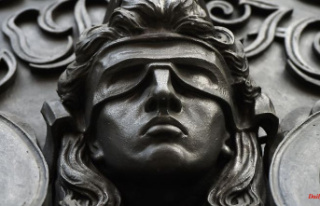