The magic no longer operates at Disney. 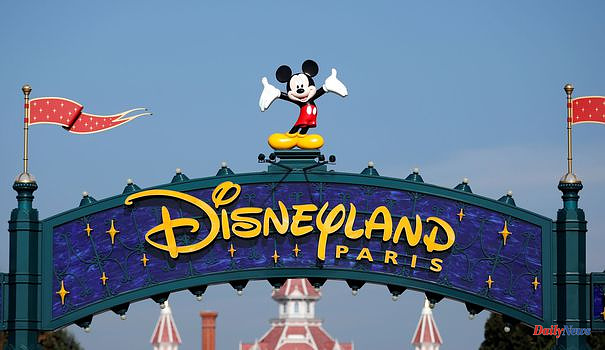 The magic no longer operates at Disney. It even looks like, for some employees, a black series. Lucie*, intermittent employee, can testify to this. Technician on one of the shows which was to occur in the spring in Marne-La-Vallée, near Paris, the young woman signed in mid-February a CDD of 150 hours per month until the summer.

During the implementation of the containment and the closure of the site, an email from the group – a frequently asked questions emanating from the HRD – first reassured her. “We have taken the decision to implement partial unemployment for a certain number of Cast Members (group employees) from April 1, 2020. Disneyland Paris even undertakes to complete the remaining 16% until April 19, 2020. ...", could we read there. Lucie thought she was safe. Mistake. “On April 1, I received an email telling me not to take it into account and asking me to agree to break my contract amicably,” says the young woman.

In an e-mail entitled "Amicable termination of your employment contract", which L'Express was able to consult, the HRD first of all invokes an "erratum asking them not to take into account the e-mail relating to a possible partial unemployment received by error on March 30".

"As the situation related to Covid-19 continues to evolve and the French government is constantly reassessing the direction to follow, we are adjusting our operations at Disneyland Paris in parallel", is it written... "In these circumstances, we offer you the early termination of your employment contract by mutual agreement from April 1, 2020. Lucie has one day to decide. “Upon receipt of your confirmation, your employment contract will be considered to have ended on April 1, 2020,” the email concludes.

Alerted by several intermittent workers working on the site, Synptac, a performing arts union affiliated with the CGT, advised them not to respond. "If they sign, they will lose their right to maintain their salary on the dates not worked and remaining to come, and will no longer be able to benefit from the partial activity scheme (partial unemployment, editor's note), underlines Rémi Vander-Heym, secretary general. They will put themselves in the position of a resigner and may not receive any allowance from Pôle Emploi."

Lucie therefore turns a deaf ear. The ace. On April 3 at 10:30 p.m., another email from the HRD appeared on his screen: this time he terminated his contract unilaterally. "This situation of force majeure forces us to pronounce the early termination of your employment contract in accordance with the provisions of articles 1218 of the Civil Code and L.1243-1 of the Labor Code... You will receive, in accordance with the regulations, your certificate of work, your receipt for settlement of any account and the Pôle Emploi certificate relating to your period of employment".

Admissible? "Force majeure must meet three conditions: unpredictability, irresistibility and exteriority, explains François Pinatel, lawyer at the Court of Cassation. The last two criteria are met, but on the other hand, at the time of the hiring of employees , the health crisis was unpredictable? The question arises."

A multinational like Disney could anticipate from February that this global health crisis would have consequences on the organization of massive events. "It is also not very consistent to seek an amicable breakup and, because it does not work, to use force majeure in a second step, continues the specialist. It should have been invoked immediately."

Be that as it may, 350 intermittent workers and 700 fixed-term contracts have just had their contracts terminated at the start of April. Problem: in the context of a termination for force majeure, the employee does not receive any compensation. Only that in respect of paid leave is due to him. Receiving unemployment benefit is therefore essential. “I fear that many intermittent workers do not have open rights today and they will have great difficulty opening rights in the coming period,” sighs Rémi Vander-Heym. This is the case of Lucie, for whom it was her first contract.

The only option for employees would be to attack industrial tribunals. They can then hope to collect the amount they should have received until the end of their contracts. Problem: the latter being short, for many, the game is not worth the candle.

"The intermittent workers are Disneyland Paris talents with whom we have been collaborating for many years, and we will continue to use them in the future when conditions allow it", replies the group, which recalls that the dismissed employees who benefit from accommodation on the site keep it. Each year, 2,000 intermittent workers and 2,200 fixed-term contracts work in the Paris park, which employs 17,000 people.

1 Employment: nearly 150,000 executive positions created... 2 "Price increases in the hotel industry of up... 3 Genetics: "Father of Genetics": Gregor Mendel... 4 Full wind power ahead – ferries with rotor sails 5 Hamburg mourns the loss of the man who united the... 6 Hamburg now officially holds the annual temperature... 7 Stop schools for everyone, at any price? That's... 8 A woman ousted from the Miss Guadeloupe competition... 9 Boosters make sense, at least for risk groups 10 When the rosé of Provence makes its cinema 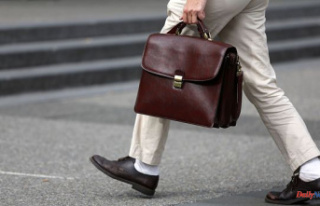