Fear of confiscation: oligarchs save their yachts to Turkey

Western-sanctioned Russians seem to have found a safe haven in Turkey. 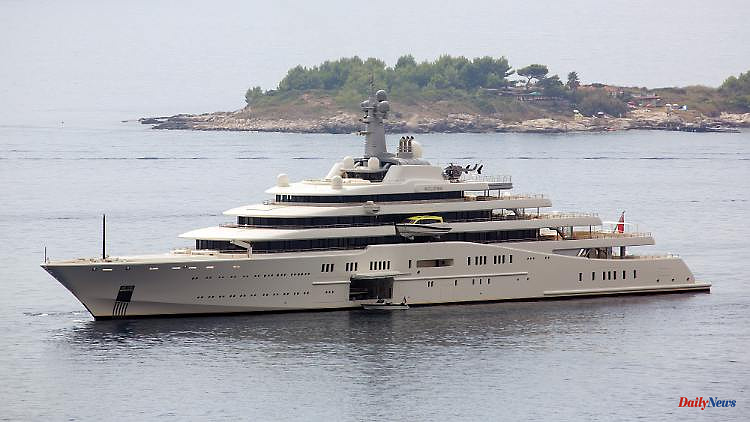 Western-sanctioned Russians seem to have found a safe haven in Turkey. Most recently, the luxury yacht of the oligarch Leonid Michelson crossed the Atlantic specifically to anchor in the country on the Bosporus - and in doing so, flouted applicable maritime law.

Oligarch Leonid Michelson's yacht disappeared from the scene for almost two weeks. After the 85-meter-long luxury toy was anchored in Costa Rica for a long time, it crossed the Atlantic and only reappeared not far from the Canary Islands, as satellite data show. Straight through the Mediterranean, the "Pacific" heads for a very specific destination: Turkey. Unlike in many countries, Michelson does not have to fear for his ship here.

Several yachts owned by Russians who are on international sanctions lists have found a berth in Turkey. The "Eclipse" and the "Solaris" of former Chelsea owner Roman Abramovich are among them, as is the "Titan" of steel mogul Alexander Abramov. And now the "Pacific". The super yacht comes from the Lürssen shipyard in Bremen, has space for a helicopter on board and is worth around 140 million euros.

Owner Michelson is considered one of the richest people in Russia. Although his fortune has shrunk by more than seven billion US dollars since the beginning of the year, according to "Bloomberg", it is still estimated at a comfortable 24 billion. The petrochemical entrepreneur can also continue to call the "Pacific" his own - contrary to the ideas of Great Britain and Canada, which put him on their sanctions lists in April. It is unclear whether Michelson is currently on board his ship.

Turkey, a safe haven then? It stands to reason that oligarchs would keep their ships safe to prevent seizure. The United States and the European Union have already confiscated about a dozen yachts belonging to people who have ties to Russian President Vladimir Putin. The German authorities last intervened in mid-May and arrested the 400 million euro mega yacht owned by the oligarch Farkhad Akhmedov in Hamburg.

Turkish President Recep Tayyip Erdogan, on the other hand, emphasizes that he wants to maintain good relations with Russia and has so far refrained from sanctions. In combination with the weakening lira, this is attracting increasingly rich Russians who invest their money on the Bosphorus. No other country currently has more buyers of Turkish real estate.

Meanwhile, the oligarch yachts no longer have many places of refuge. They are expressly welcome in the United Arab Emirates, which has made clear its neutrality in the Ukraine war. On Tuesday, journalists from the AP news agency reported sighting of billionaire Andrei Melnichenko's motor yacht "A" at the port of the city of Ras al-Khaimah. Alexey Mordashov, who is on the EU black list and whose "North" is in Vladivostok in eastern Russia, obviously wanted to play it safe - the view from the sun deck was certainly more appealing.

In order to protect their prestigious yachts, the oligarchs not only choose the berths consciously, they even allow the ships to disappear completely - at least for positioning systems. This is according to data from the analysis company Spire Global Inc, which uses nanosatellites to track the movements of Russian oligarch yachts. This was not only evident in billionaire Michelson's "Pacific", but also in aluminum entrepreneur Oleg Deripaska's "Clio", which can no longer be located after crossing the Bosphorus strait two months ago.

Actually, all ships are obliged to switch on the so-called "Automatic Identification System" (AIS) when sailing and at anchorages. Disguising the position violates international law of the sea and is illegal. According to British Observer magazine, some oligarchs don't seem to care. In total, there are currently six yachts owned by British-sanctioned Russians who have switched off their tracking systems. "We were told to turn off the AIS," the Observer quoted a crew member of one of these ships as saying. According to yacht expert Martin Hager, this is a sign "that they don't want to reveal where they're going."

Russian oligarchs appear to be playing a veritable cat-and-mouse game with the western sanctions issuers. On Thursday, the US struck again, blacklisting a luxury yacht brokerage firm from the US Treasury Department. The company "Imperial Yachts" is a service provider for "members of the Russian elite, including President Putin's inner circle".

According to its own information, the Monaco-based company offers a "360-degree" service for yachts and their owners. According to a report in the "New York Times", the luxury ship "Flying Fox" can also be chartered through "Imperial Yachts". It is said to be linked to President Putin and is now blocked by the sanctions. The US Treasury Department said it wanted to "dismantle key networks used by Russia's elites, including President Vladimir Putin himself, to hide and move money and enjoy their luxuries anonymously around the world."

1 Infections, flu and Co.: Is the immune system out... 2 Baden-Württemberg: Large amounts of rubble disposed... 3 Baden-Württemberg: fines against restaurant operators:... 4 Thuringia: Thuringian CDU: In trouble because of support... 5 Epidemic. Coronavirus: Why is the number of cases... 6 Mecklenburg-Western Pomerania: More than 5,400 people... 7 Alliance broken in Estonia: Kallas throws coalition... 8 "Personnel shortage of 2000": Airports want... 9 Hear better without being in the way: Sennheiser TV... 10 Baden-Württemberg: SC Freiburg finally hands over... 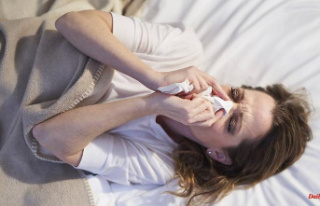 Infections, flu and Co.: Is the immune system out...