The Western sanctions are also intended to hit the Kremlin clique personally. 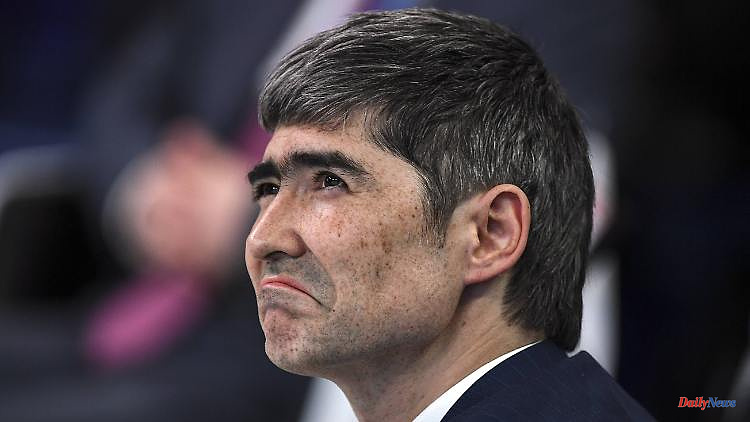 The Western sanctions are also intended to hit the Kremlin clique personally. However, research shows that powerful figures in the Russian arms industry have not yet been included in any US or EU lists. For example, the owner of the Kalashnikov Group.

A good four months after the attacks on Ukraine began, according to research by the Reuters news agency, key figures in the Russian arms industry are not yet the target of Western sanctions. This also includes the owner of the Kalashnikov Group, the original manufacturer of the rifles of the same name. According to the company, it is responsible for almost all Russian production of machine guns and sniper rifles, pistols and other handguns.

The USA, the EU and Great Britain have imposed sanctions on the group, but not on Alan Luschnikov, the largest shareholder with a stake of 75 percent. The situation is similar with the manufacturer of Kalibr missiles, which, according to the Ministry of Defense in Moscow, are used in attacks on military targets in Ukraine. The Americans and Europeans have taken punitive measures against the Almas-Antej company, but CEO Jan Nowikow is left out. No comments were available from the companies and business people mentioned.

Sanctions against companies are intended to make their business more difficult due to a lack of customers and components from abroad, sanctions against people behind the corporations go one step further: the entrepreneurs themselves can no longer travel to certain countries, but the local authorities can their villas, yachts and seize other assets. "They feel it very personally," says Max Bergmann, director of the Europe program at Washington's Center for Strategic and International Studies, referring to sanctioned individuals. You create a whole class of disgruntled people in the Kremlin's atmosphere. "You show that being a regime collaborator has its price."

Russian President Vladimir Putin has described the actions in Ukraine as a "special military operation" intended to demilitarize and "denazify" the neighboring ex-Soviet republic. Regarding the punitive measures imposed by the West for the attack on Ukraine, the Moscow Presidential Office said that "the consistency and logic of sanctions, as well as the legality of such restrictions, is a question that should be asked directly to the states imposing punitive measures." The EU Commission and the US Treasury Department did not want to comment directly on the research results, but defended the applicable sanctions as effective.

In an effort to seek comment, Reuters recently provided the relevant authorities with a detailed list of more than 20 companies and over three dozen Russian defense industry representatives who were not sanctioned. Parallel to the G7 summit in Bavaria's Schloss Elmau, the US announced new sanctions on Tuesday, including against eight of the weapons manufacturers and two of the managers on the Reuters list. This includes the number two of the industrial and defense giant Rostec, Vladimir Artyakov. The manufacturer of Tupolev fighter jets was also added to the US sanctions list. The manager and the company will continue to be spared from the EU and Great Britain.

On June 10, the EU Commission declared that efforts were being made to bring the sanctions lists into line as far as this is legally possible. Further sanctions could follow if the EU had sufficient evidence. There are differences between the blacklists of the western allies at various armaments companies, which also produce artillery, among other things. According to Reuters research, at least 14 Russian armaments companies, including several ammunition manufacturers, are not being sanctioned by the EU, the USA or Great Britain.

But even when it comes to internationally banned weapons, there is no consensus among the NATO partners. According to the UN and Ukraine, on March 24 Russia used Uragan (Hurricane) rocket launcher systems to fire cluster bombs at Kharkiv. Eight civilians died and 15 others were injured. The company that produces uragan is sanctioned by the US but not by the EU and UK. There are no punitive measures against CEO Alexander Smirnov. The company and its boss could not be reached for comment.

The company VSMPO-Avisma is also not on any western sanctions list. This is the world's largest titanium supplier, which also counts Airbus among its customers and has subsidiaries in the USA, Switzerland and Great Britain. Boeing was also supplied until March, but then the aircraft manufacturer stopped importing titanium from Russia. Airbus did not respond to direct questions about the business relationship. However, the group explained in an e-mail that possible sanctions against Russian titanium would massively damage the entire aviation industry in Europe, but hardly any damage to Russia.

According to experts, sanctions would affect VSMPO's export business, but at the same time force major airlines to switch suppliers if they do not want to risk sanctions against their own companies. "That's the classic sanctions dilemma," says Richard Connolly, a British expert on the Russian defense industry. "When you want to punish someone, you punish yourself." 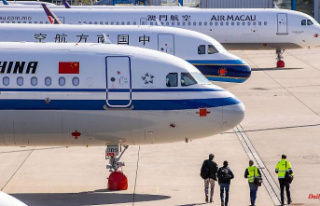