Young people are increasingly moving towards cities. Here’s why

Big city centres have experienced quite the resurgence in recent years Big city centres have experienced quite the resurgence in recent years, becoming the place to be for young people trying to make something of themselves, whilst also enjoying their younger years surrounded by like-minded people with many different social opportunities. But why is it that young professionals and students are so drawn to these urban areas? We’ve compiled a short list of reasons why the city has become so popular among young people.

One of the main reasons for young people moving to urban areas is evidently the work. Often with little commitment in the early stages in their life, and fresh off the heels of their chosen place of study, many want to take the next step and thus go to the city in search of career opportunities. The fact of the matter is that many of the best jobs are on offer in city areas where companies reside, even if that means they also have the most competition.

If you look at Manchester in the UK, for example, in the Salford area just outside of the city centre, the multi-million pound MediaCityUK development has , and a ton of job opportunity for nearby graduates and applicants in the digital sector.

The popular way of living

Of course, it’s no surprise that students wanting to be close to their chosen university or place of study would choose to move, and for schools with campuses within cities (or on their doorsteps), it makes sense why the younger population would increase. However, whereas students might once have been happy with the traditional ‘student digs’ on the outskirts of their city, many now want state-of-the-art apartments and flats, with facilities and fixtures that will help them succeed.

In their guide to the student property market in the UK, RWinvest discuss how students nowadays often tend to have a higher standard of living, and that they want something that will provide them with ease-of-access both to places of study and also the social opportunities that come with being surrounding by bars, restaurants, clubs and more. This isn’t just a student thing, of course, as many graduating into the city also want a prime spot, giving them a vantage point as they make the most of the concrete jungle surrounding them. This explains why there are so many ongoing and promising developments in cities across the UK and globally at the moment.

Of course, as our world becomes more advanced generally, cities are going to continue to grow, meaning that the numbers of all people will naturally increase in terms of living within urban areas. Currently, however, young people aren’t the only ones wanting to move towards the city for the opportunities that it affords. Interestingly, it has been noted that a large number of the older generation of pensioners/retirees have begun joining the city’s fabric, enjoying the ease of access to the many different leisure facilities much as the students/young people do. In the years to come, it appears the city will bridge the gap and become more welcoming to everyone, even perhaps families that typically choose to leave.

1 5 Reasons Why a Marketing Automation Platform is Essential... 2 Large-scale operation in Frankfurt: police stops unauthorized... 3 Debate statues: On the up there must be a fight 4 Frankfurter Zeitung 21.06.1930: An execution outraged... 5 Court decides: Bolton's book about the White house... 6 It is in danger of bankruptcy: For Wirecard it comes... 7 The meeting of Donald Trump in Tulsa has been sabotaged... 8 Fan-attempt at football: 3000 spectators at the Derby 9 Adriatic Tour in Tennis: Dimitrov tested positive 10 No exams in France: Spirit-level for all 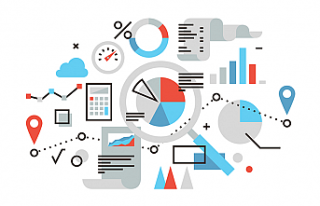 5 Reasons Why a Marketing Automation Platform is Essential...