Countless people are being escorted out of Death Valley, USA, by the police. 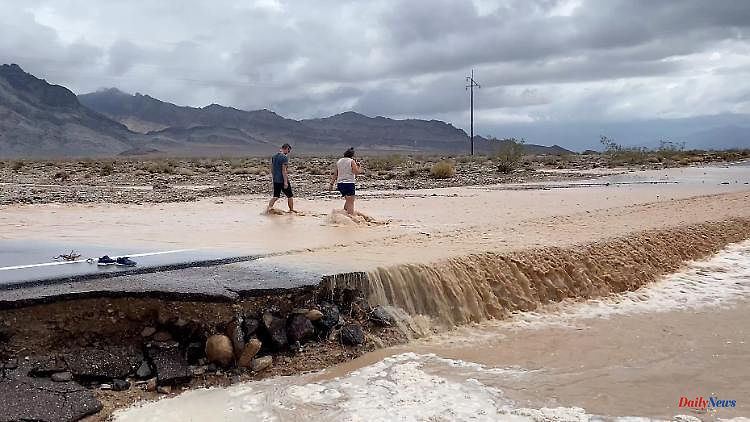 Countless people are being escorted out of Death Valley, USA, by the police. The valley best known for one thing: scorching heat. However, they are not saved from the merciless sun, but from a flood.

Because of the heavy rains and flooding in Death Valley National Park in the US state of California, the police have evacuated hundreds of stranded people from "Death Valley". "Thanks to the hard work of the road workers, visitors who were previously unable to leave the hotels in the area could now carefully drive out with a police escort," the national park said on Saturday. Helicopters would be used to patrol the park's outlying areas to ensure there were no stranded vehicles. There are currently no reports of injuries.

Unusually large amounts of rain fell on Death Valley National Park on Friday. The place is considered the driest and hottest in the United States. About 3.7 centimeters of rain fell in the Furnace Creek area. According to media reports, this made the day the second wettest since records began in 1911. 0.3 centimeters is the average in August, as reported by the Washington Post. The annual average recorded a total of just under five centimeters.

About 500 visitors and 500 park employees were in Death Valley on Friday. Around 60 cars belonging to visitors and employees were buried under rubble near a hotel, according to CNN. The flash flooding and storm pushed dumpsters into parked cars, according to the park. In addition, many hotel rooms and business offices were flooded. Roads were blocked by fallen boulders and palm trees.

1 Mecklenburg-Western Pomerania: Parties position candidates... 2 Hesse: Open Flair starts after a two-year Corona break 3 Bavaria: Bavaria: 100,000 additional flu vaccine doses... 4 Bavaria: Drought poses problems for carp pond owners 5 Baden-Württemberg: Cyclists hit by a car and seriously... 6 “Starting up the plant again would be tantamount... 7 Middle East: Israel continues to attack targets in... 8 The inflation of vaccinations against Corona 9 CPAC conference: "Maybe we have to do it again..."... 10 The state must not generally oblige citizens to gender 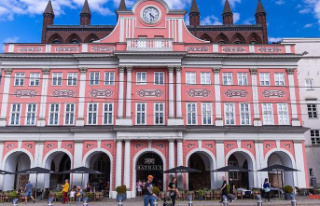