This is the time of year when you can grab some hot coco and pull on your most cozy sweater to dance to festive music. There's music to suit everyone, whether you're going through holiday heartbreak or trying to reunite with family members after two years of uncertainty. 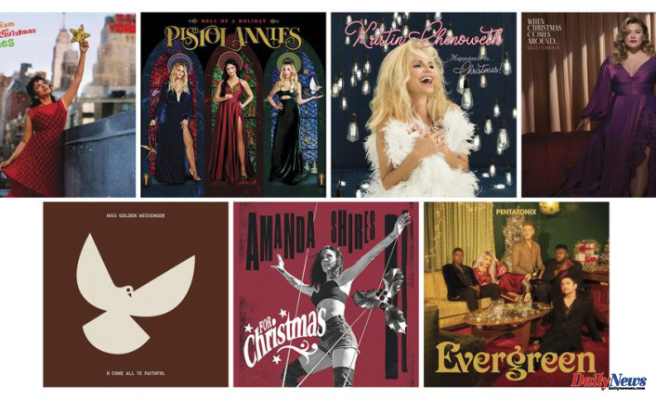 This is the time of year when you can grab some hot coco and pull on your most cozy sweater to dance to festive music. There's music to suit everyone, whether you're going through holiday heartbreak or trying to reunite with family members after two years of uncertainty.

Pentatonix's gang makes Christmas more real when they release new music, and this year, they have redefined Christmas material.

The acapella quintet offers classics such as "We Wish You a Merry Christmas", and "It Came Upon the Midnight Clear." They also cover songs not usually caroled like Stevie Wonder's" I Just Called To Say I Love You" or Joni Mitchell's" River." It's risky, but let's just say the originals remain safe.

It's even better when they give "I Saw Three Ships” a propulsive beat, and when they ask Alessia to lead on "Frosty the Snowman". They even give the Beach Boys a run for their cover of "Little Saint Nick."

Pentatonix bravely takes on Paul McCartney's "Wonderful Christmastime". It's not half bad. They also contributed a twangy original song called "Evergreen" which, it's only fair, should be covered by another artist for next year's Christmas album.

How to deal with holiday heartbreak

Kelly Clarkson's "When Christmas Comes Around ..."" has got you covered.

Grammy-winning Grammy nominee Chris Stapleton's 15-track Christmas album, featuring Ariana Grande, Brett Eldredge and Chris Stapleton is full of originals and covers to help you get through the holidays. This album is a radio hit and will continue to be listened to for many years.

She sings, "You ruined all of my favorite things," on the joyful "Christmas isn't Canceled (Just You)" song. "But you won’t take Christmas away from me." This song's cheerful, defiant spirit makes it a standout.

Another album highlight is "Glow". Clarkson's voice blended with Stapleton is intoxicating. They sing, "Nothing has changed. I still wish that you could be wrapped in my arms spending Christmas together."

Clarkson celebrates the joys of the holidays, whether she is reclaiming Christmas for her own or remembering the ghosts of Christmas past.

Let's face the facts, Christmas music often depicts a holiday season that can be more stressful than it is sentimental.

The first Christmas music by the Pistol Annies is "Hell of the Holiday", and it's for holiday survivors. Miranda Lambert, Ashley Monroe, and Angaleena presley bring humor and harmony to a collection that includes 10 original songs as well as three classics.

Presley's Hillbilly family gatherings inspired "Harlan County Coal", complete with shotgun shell ornaments. Their cover of "If You Make It Through December" and the fun tune "Snow Globe" are great additions to any holiday party playlist. They took a break from the hustle and sang "Happy Birthday" to Jesus.

The Annies can cheer you up if the holidays left you feeling both happy and tired.

The new holiday release from Hiss Golden Messenger is a great choice for Christmas during a pandemic. It is hopeful, but not despairing, and fully aware of the hardships we have all experienced. Yet, it is encouraging. It feels like an extension to the band's previous album, Quietly Blowing It. It is a constructive approach to the difficult times caused by COVID-19.

M.C., lead singer and creative force, sings, "It's Christmas baby, thank god we made it." Taylor sings pathetically on "Hung Fire", one of many new, sublimely spiritual compositions that could make their way into holiday rotations for years.

The album is soulful and majestic with original Taylor compositions, unexpected covers, and holiday classics. These songs only increase in stature when they are reworked in the band’s laid-back Americana style.

A great band that keeps improving is the perfect match for any holiday season.

Amanda Shires, singer-songwriter, has a Christmas wish list that includes a boat, warm cash, and a trip to the beach with Larry David. But she isn't sharing her gifts, so go for a walk. These are the kind of strangely beautiful sentiments that Shires' holiday album, "For Christmas," contains. It is a collection mostly original songs that feels a little like a Christmas Eve fever dream.

Shires is known for her loud, wailing vocals and poetic lyrics. She walks through holidays looking out for the small details. She is gushing about the pine tree on "A Real Tree this Year" and describing a romantic holiday attempt on "Blame It on The Mistletoe."

"Silent Night" for her is dark and depressing, something that isn't unusual at holidays, especially after the past two years.

The best tracks, however, are those where she is accompanied in harmony by her McCrary Sisters.

Norah Jones sings "I Dream of Christmas" opening song, "I Want to Be a Jolly Jones."

She is a Jolly Jones.

Jones's sultry vocals are perfect for Christmas songs on her debut holiday album. Jones reimagines covers with bongos, maracas and a Latin influence to "Run Rudolph Run", and a ragtime version of "Christmas Don’t Be Late".

She pays tribute to the origins of other artists on some occasions. Vince Guaraldi's influence on "Christmas Time Is Here," is evident. Norah Jones is not averse to Elvis Presley's bluesy, "Blue Christmas" music.

Six original Jones songs are also included on the album. Jones, after two years of uncertainty is ready to gather with her loved ones and feel the comforts Christmas again in "Christmas Calling" (Jolly Jones). "You're Not Alone" brings spiritual undertones into a time when many are feeling lonely ("If you're tired/And scared/You're still not alone")

"I Dream of Christmas" Christmas music is perfect for a cozy night by the fire or on a snowy road trip.

Everything Kristin Chenoweth touches, is magical. Christmas is no exception.

The Broadway and TV actor's Broadway musical "Happiness Is... Christmas", which features twelve tracks, showcases an artist who is able to be funny, angelic, or both funny and heartfelt.

It's her first holiday offering since 2008's "A Lovely Way to Spend Christmas" and it kicks off with a medley -- "Happiness (Is Christmas)"/"Christmas Time Is Here" -- that includes a sly tribute to one of her musicals, "You're a Good Man, Charlie Brown." Later, try not to swing dance to another medley, the jazzy "(Everybody's Waitin' For) The Man With The Bag"/"Jingle Bell Rock."

Her song "Merry Christmas Baby," which she performed with Keb Mo', is so seductive it may be raunchy. But, we all need a raunchy Christmas song. The song "Christmas Lullaby" is one tune later. It's ethereal, celestial, and beautiful. Her Carpenters version of "Merry Christmas, Darling", has a subtle twang and deep melancholy.

It's not just Christmas. She shines when she signs Stephen Schwartz's Chanukah Song. Chenoweth, Christmas, classic. 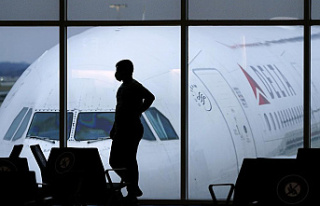