A man murders his mother and then takes two hostages in downtown Dresden. 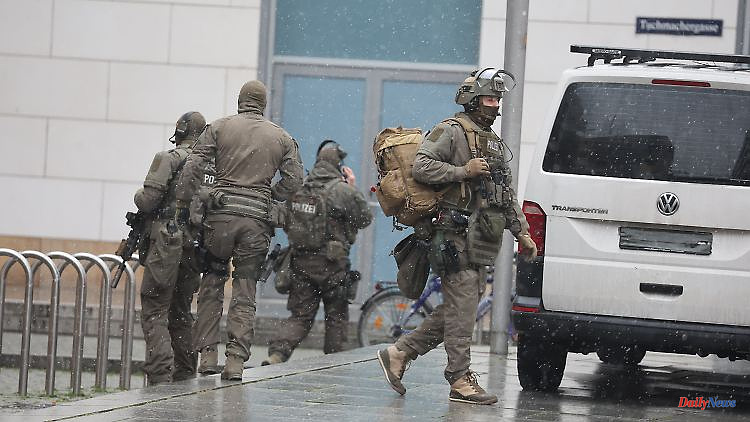 A man murders his mother and then takes two hostages in downtown Dresden. Shortly after the arrest, the 40-year-old succumbed to his serious injuries. The autopsy now provides new information about the death of the mother.

In the case of the hostage-taking in a Dresden shopping center, which ended after hours, the criminal investigation of the circumstances and background is underway. During the investigation into the suspected manslaughter and the taking of hostages against the perpetrator, who is now dead, the events are reconstructed. According to previous knowledge, the 40-year-old first shot his mother in the head in the morning, according to the public prosecutor and the police. The forensic examination revealed that the 62-year-old died as a result.

According to the current status, the pistol was not legally in the possession of the German, who has a "minor and not relevant" criminal record and was last fined in 2016 for intentional bodily harm. The man caused fear and terror in the Advent hustle and bustle in Saxony's state capital last Saturday and triggered a large-scale police operation. When he was accessed at noon, he was overpowered and died a little later from injuries sustained. Police believe he was mentally ill.

In October there was a mission in Heidenau because he was upset and mentally confused and was taken into medical care, a spokesman said. After the killing of his mother in a residential building in the Prohlis district, according to current knowledge, the man wanted to use force in the city center to break into the Radio Dresden transmitter and fired shots. He had an acquaintance's nine-year-old child with him, with whom he then holed up in the Altmarkt-Galerie and also took a 38-year-old clerk hostage in a shop's office. The police had tried to persuade him to give up.

When special forces from the State Criminal Police Office heard gunshots in the office, they stormed the room and severely injured the suspect. The hostages were freed externally intact. While the man was still alive, the public prosecutor's office initiated preliminary proceedings on suspicion of manslaughter against him. The investigations into the case continue, for example into the background and motives of the crimes and the question of how the man got hold of the weapon. It will take some time, they said. No further information could be given with reference to the investigations. 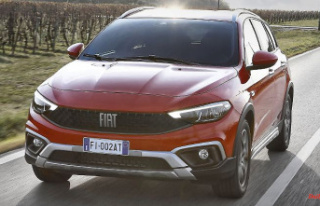 Slightly more expensive due to the new drive: Fiat...