The weather week in a quick check: the turn of the year almost smells like spring

At the start of the week, a low wintry temperature brings to Germany. 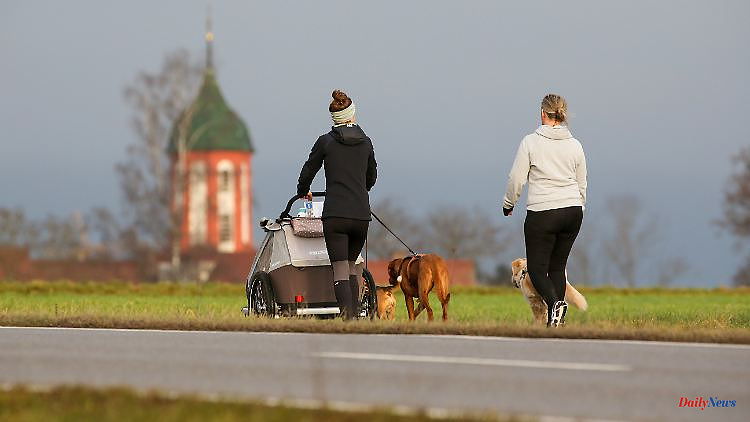 At the start of the week, a low wintry temperature brings to Germany. But the cold front only lasts for a short time. Already in the middle of the week it will be significantly warmer. On New Year's Eve there are even peak values ​​of 16 to 18 degrees during the day.

The cold front of a low over the North Atlantic has caught Germany. In the process, significantly cooler and almost wintry air flows in at our place. The snow line drops to around 500 meters in the low mountain ranges and to 800 to 1000 meters in the Alps. But don't expect a lot of fresh snow. Usually it is only a few centimeters, in the Alps 5 to 10, in the Allgäu 10 to 20 centimeters.

That was it again, after that the very mild south-west current picks up again and brings partly moist but always warmer air to us. The temperatures reach their peak on New Year's Eve with 10 to 16 degrees, in the southwest around 18 degrees. It almost smells like spring and we don't have to heat much in the last week of the year.

Tuesday: Coolest day of the week

Initially, there are individual showers along the Alps, then only on the coast and in the central low mountain ranges during the day. Otherwise it will be partly sunny, dry and cooler with 2 to 9 degrees.

Wednesday to Friday: autumn instead of winter weather

The lows do not let up and often bring rain showers in the west and north. In the rest of the country, however, there are only a few showers and towards the Alps it often stays dry. Here it is also the friendliest and at times sunny. From day to day there may be renewed south-westerly winds and rising temperatures. This is also reflected on the thermometer: Wednesday 5 to 11, Thursday 7 to 13, Friday 7 to 15 degrees. On Friday, gusts of wind are possible again on the mountains and on the North Sea. Hurricane gusts can even occur in the Upper Harz Mountains.

New Year's Eve a spring feeling awaits us during the day at 10 to 16 degrees, in the southwest up to 18 degrees. The north-west half gets repeated rain, while it stays mostly dry in the south and south-east and quite sunny again near the Alps. Strong wind with stormy gusts on the mountains and on the North Sea. It stays that way at night too.

At midnight with super mild 8 to 13, fresher 5 to 8 degrees only in the south-east of Bavaria. The new year continues as the old one ended. Windy with showers in the north and west, friendlier with some sun in the south and south-east. And still much too mild with 8 to 15 degrees. 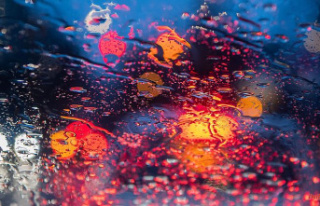