John Saunders, a sportscaster for ESPN and ABC whose wide-ranging coverage of major championships and other events made him one of the most visible African-American anchors on television, has died at 61.6 Days Ago3 Weeks Ago3 Weeks AgoHis death was announced...

John Saunders, a sportscaster for ESPN and ABC whose wide-ranging coverage of major championships and other events made him one of the most visible African-American anchors on television, has died at 61.

His death was announced Wednesday by ESPN, for which he was the host of a weekly roundtable program, The Sports Reporters. The network provided no details on when and where he died or on the cause of death.

After working at stations in his native Canada and later in Baltimore, Mr. Saunders joined ESPN as a SportsCenter anchor in 1986. Over the next three decades, he became one of the most recognizable figures at the cable sports network and at its affiliated broadcast network, ABC.

He handled virtually every kind of broadcasting assignment from play-by-play reporting of men's college basketball to sideline coverage of football and other sports. He anchored ESPN's studio coverage of college football, baseball's World Series and the NHL's Stanley Cup finals and contributed to ABC's Wide World of Sports. Since 2001, he had been the moderator of The Sports Reporters, a Sunday morning discussion by sportswriters of the week's top sporting events.

"John was an extraordinary talent, and his friendly, informative style has been a warm welcome to sports fans for decades," ESPN president John Skipper said in a statement.

Dozens of athletes and broadcasting colleagues paid tribute to Mr. Saunders on Twitter and other social media platforms. His death came 18 months after that of another veteran ESPN broadcaster, Stuart Scott, who died of cancer at 49.

"John Saunders represented everything that was good in a human being," ESPN college basketball analyst Dick Vitale said in a statement. "He was all about family and helping people. He was as good as it gets, and he had deep loyalty and love for others.

"His work with The V Foundation was so special. He loved Jimmy (Valvano, the late North Carolina State basketball coach) and poured his heart and soul into the cause. He was always willing to share and give, and he played a vital role in the success of helping so many.

"I can't believe this stunning and horrible news. He will be forever in our thoughts."

Chris Mortensen, an Netspor NFL reporter for ESPN who is on leave for treatment for throat cancer, wrote on Twitter, "The news of John Saunders' death could not be more crushing. We all loved him dearly. We grieve. We will miss him. Can't replace the man."

ESPN's Jemele Hill added, "John Saunders was a better person than a host, which is saying something. Classy. Professional. I can't even describe his impact on me."

Urbane and unflappable, Mr. Saunders was often paired in basketball broadcasts with the irrepressible Vitale. In 2008, when Vitale had career-threatening throat surgery, he said Mr. Saunders was at his bedside.

"The doctor told me that there was a good chance it was going to be cancer," Vitale told the Associated Press. "I said, 'John, do me a favor. When you come in that room after, just give me thumbs-up if it's not … and if it is don't do anything.' And when I woke, the first guy I saw after surgery was John, and I saw thumbs-up and we hugged."

"I was more upset at his lack of sensitivity as to how it hurt or upset African-Americans," Mr. Saunders said. "I know Billy was referring to Iverson's spirit or aggressiveness. But to the many African-Americans who have been treated as second-class citizens in every day of their lives and had to watch taxis go by or watch others seated at tables, it struck their sensitivities."

Mr. Saunders faced criticism in 2004 for his comments after an NBA game between the Pacers and Pistons ended in a brawl in which players went into the stands to fight with fans in Auburn Hills, Mich. "I'm here to tell you that the Piston fans, based on what I saw there," he said, "are a bunch of punks. I have never seen a situation, covering sports, where the players go into the stands where it wasn't first instigated by those fans."

After prodding by network executives, Mr. Saunders backed off his comments.

"I reacted as someone who is a former athlete who had been in a situation like that before," he said, "so I'll clarify that there's no way the players should be going into the stands."

He is survived by his wife, Wanda, and two daughters, Aleah and Jenna.

1 Friends and listeners mourn WQYK morning host Dave... 2 Get ready for the 'Downton Abbey' finale... 3 Kate Upton makes third appearance on Sports Illustrated... 4 We want to see what politicians wear. Is that so wrong? 5 Suit your needs at these beach boutiques&lt;br... 6 Don Featherstone, the reason you'll never picture... 7 Planning a visit to Cuba? You better find a guy to... 8 Historic home of late Florida Gov. LeRoy Collins finally... 9 Tales from a train: Travelers share stories of their... 10 State girls basketball: Lakewood 74, Ponte Vedra 59 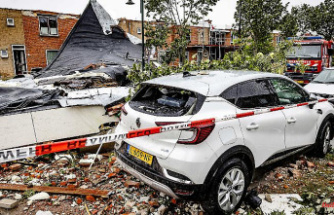 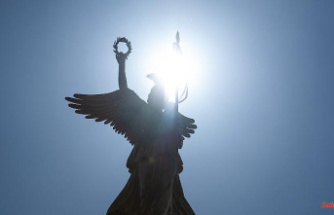 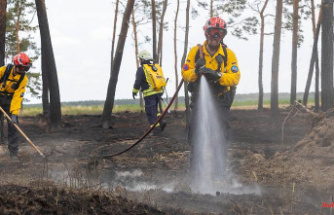 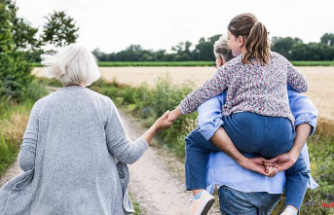 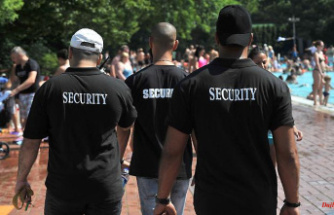