For a record price of six million dollars has been auctioned off the guitar of Nirvana singer Kurt Cobain, which he played during the legendary MTV"Unplugged" For a record price of six million dollars has been auctioned off the guitar of Nirvana singer Kurt Cobain, which he played during the legendary MTV"Unplugged"concert in 1993. The founder of the microphone manufacturer, Rode, Peter Freedman, was acquired by the auction house Julien's Auctions announced semi-acoustic guitar model Martin D-18E for 6,01 million dollars (5.4 million euros), on Saturday. The sale price, including Commission, exceeding the estimate of one to two million dollars many times over.

the auction, were broken in the house, according to five records, including the most expensive guitar in the world, and for the most expensive piece of memorabilia in the world. The starting price was one Million dollars. Freedman, who had participated in the auction in Beverly Hills, personally, want to present the 1959-built guitar is now in a worldwide exhibition tour to the Public.

The recording of Nirvana's Unplugged concert in November 1993, is considered to be one of the best Live albums of all time. In 1994, the group recorded a Live Album with Songs like "About A Girl" and "Come As You Are" won the Grammy for the "Best Alternative Music". Only five months after the performance, Cobain took at the age of 27 years of life. Nirvana are considered to be the inventor of the Grunge and influenced a whole Generation.

The most expensive guitar in the world, the "Black Strat" from Pink Floyd guitarist David Gilmour was. It had been auctioned off in June 2019 for nearly four million dollars for a good cause

At the Julien's auction with the title "Music Icons" (music icons) were auctioned 800 memorabilia. The recently re-discovered "Blue Angel"guitar of the late Pop-legend Prince was sold for 563.000 dollars. A belt with shimmering stones of Elvis Presley found for 298.000 Dollar a buyer – the price was almost 30 Times as much as the estimate. By Madonna in her music video "Vogue" in 1990, worn Satin-dress was auctioned for approximately 179.000 dollars.

memorabilia of Kurt Cobain have achieved at auctions in the past large sums of money. In October, a greenish sweater has holes with a Fire that Cobain had worn when "Unplugged"-concert, for there are 334,000 dollars in auctions. A cardboard plate on which Cobain the Set-List for a Nirvana concert in Washington had scribbled, also sold last year for 22.400 Dollar.

1 Franck Riester fully opens the cinemas 2 Death of Zeev Sternhell, a thinker flagship of the... 3 Free trade : the agreement with Mexico that is of... 4 Heart leaf-stories: Tender times with Bummi 5 Due to Corona-crisis: IG Metall: 150,000 jobs threatened 6 Researchers unravel mystery: What is the thing from... 7 44. Days of the literature: the Bachmann prize for... 8 Stuttgart in the second League: The explosive rise... 9 Mayor on rampage: it is a sad Sunday for Stuttgart 10 Emotions in the democracy: Is Germany still governable?

4 Gifts Your Pet Will Love

Hacks for Shopping Cheaply on Steam by Effortless Gift Cards

Staycation Outfit Ideas That You Should Try 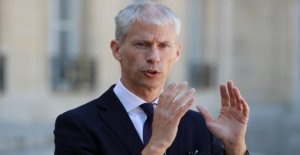