Apples, chestnuts, nuts: Which fruits can I collect where?

Autumn brings us many local fruits. 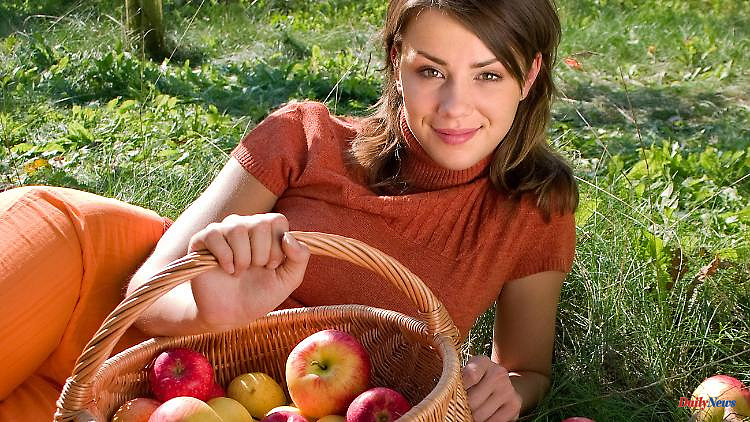 Autumn brings us many local fruits. But every tree and bush belongs to someone. As a rule, one should not simply serve oneself.

The colorful autumn invites you to take walks in nature. And it currently offers a whole range of fruits that are ready to be harvested. Among other things, apples, pears, plums, blackberries, hazelnuts and walnuts can be harvested in September. But where can I just access it? And where do I commit a crime if I pick an apple from the wrong tree?

Mandy Rüttershoff-Hahn, specialist lawyer for agricultural law in Lüneburg, recommends proceeding step by step. The first thing to be clarified is: where is the tree or shrub located and may I enter the area at all? "A ban on entry is not always visually recognizable outside of built-up areas," she says. If there is a fence around the area in question, there are many indications that the owners do not want the area to be entered.

You are also often not allowed to enter nature reserves. "They are marked with signs. They also contain rules of conduct," says Silvia Teich from the German Nature Conservation Union (NABU).

Once the question of the right of access has been clarified, step two follows: May I take what is growing here? The bad news: According to the lawyer Rüttershoff-Hahn, you can't take anything at first, after all, you don't own the area and the plants growing on it. The good news: There are exceptions to this principle.

The Federal Nature Conservation Act stipulates that everyone may collect wild plants, and thus also fruit, "in small quantities for personal use". It is therefore important to distinguish whether, for example, a fruit tree has been cultivated or is growing wild.

According to Rüttershoff-Hahn, a single tree growing among other plants is most likely living wild. "But if I have an area where there are only fruit trees, then there is a lot to be said for a so-called meadow orchard that someone created," she says. Strictly speaking, with such a culture, permission must be asked for even a single apple.

Owners can be farmers or the community, for example. If in doubt, according to Rüttershoff-Hahn, you can ask the municipality who owns the trees, and then permission should be obtained from there. Or one can fall back on knowledge that has already been built up: The website www.mundraub.org, for example, lists areas nationwide for which owners have granted collection permits.

Now comes step three: How much can I take and what else should I watch out for? According to Rüttershoff-Hahn, the level of personal needs described in the Federal Nature Conservation Act is not further specified in the law. She appeals to stick to the amount of a normal household meal and ask yourself: "As the owner, would I like it if others helped themselves to the same extent?"

According to her, this does not only apply to wild plants. Even with crops for which the owner has issued a collection permit, a certain level should not be exceeded. After all, a farmer, for example, is dependent on the yield of his trees. It is therefore also forbidden for the population to sell the fruit they have collected themselves.

Silvia Teich also advises caution when harvesting: "It is essential to harvest carefully, do not pluck any branches". According to Rüttershoff-Hahn, you shouldn't cut anything either, as that would not be a careful removal, as required by law.

In the case of freely accessible areas, it makes no legal difference whether a fruit is still hanging on the tree or bush or has already fallen to the ground. On the neighboring border, on the other hand, yes: "If the neighbor has a fruit tree that extends into your own area, and fruit falls on your own property, then you can take it," says attorney Rüttershoff-Hahn. This is what paragraph 911 of the German Civil Code regulates, also known as the fallen fruit paragraph.

Picking a fruit that is still on the tree or helping by shaking it is not covered by this.

Finally, the question arises: Am I committing a crime if I take an apple from a cultivated meadow orchard without permission? The lawyer's answer: "Yes, then you are committing a theft". After all, you take something that belongs to someone else - according to Rüttershoff-Hahn, it's not a trivial offense with impunity.

However, theft of a few apples is usually a so-called theft of low-value items, provided the stolen item does not exceed a value of 50 euros. "Then the theft will only be prosecuted if the owner himself files a criminal complaint," says Rüttershoff-Hahn. In her experience, however, this only happens rarely and usually with repeat offenders. If you are caught as a first-time offender, then there are fines in the double-digit range of mostly 30 to 50 euros.

If you don't want to be suspected of wantonly stealing, you should find out which trees and bushes you can use before you go for your next autumn walk.

1 Better through the fall: These foods make you happy 2 35 percent protection: VW with a 17 percent chance 3 The model makes the difference: the TV consumes so... 4 Rising building interest rates: Are building loan... 5 For new customers: At the DKB, an unconditionally... 6 BGH on building insurance: All owners have to pay... 7 14 are "good": The best student exchange... 8 Not clean at all: This is the deceptive pack of the... 9 Solar thermal on the roof: Can solar energy greatly... 10 Beware of phishing: Attempted fraud with an energy... 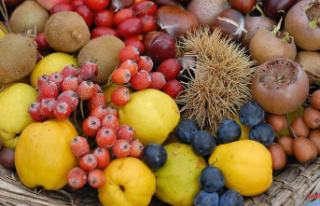 Better through the fall: These foods make you happy