If you wait in vain at baggage claim, you don't have to walk around in the same clothes for the next few days. 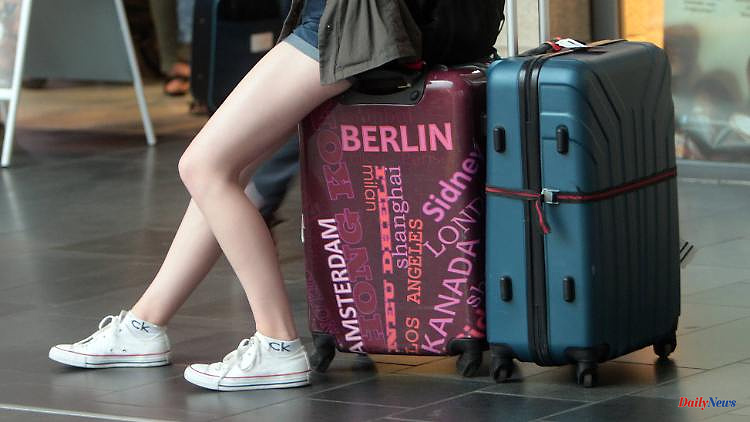 If you wait in vain at baggage claim, you don't have to walk around in the same clothes for the next few days. Consumer advocates explain what vacationers should know about suitcase problems.

Standing at the airport after the flight without a suitcase is annoying. The luggage often arrives late at the owner. In rare cases, however, they remain gone. And sometimes, just as annoying, they arrive with the owner at the destination airport, but roll off the assembly line damaged.

This is proven by current data from the IT service provider Sita, which evaluates passenger data and baggage statistics from the airlines. According to this, 4.35 pieces of luggage per thousand passengers were lost or damaged in 2021. Of these, 71 percent arrived late, 23 percent were damaged, and 6 percent were lost altogether.

The Sita report also shows that the risk of luggage problems is significantly higher on international flights than on domestic flights.

Vacationers affected by luggage loss or damage should take action at the airport and fill out a so-called PIR, a Property Irregularity Report, at the airline counter. The European Consumer Center (EVZ) Germany points this out.

In addition, the delayed luggage must be reported to the airline in writing within 21 days. Consumer advocates warn that if the PIR document is missing or if the deadline is missed, the airline may not have to reimburse anything.

The deadline is even shorter if the suitcase rolls up to the baggage claim but is broken. Because in the event of damage to luggage, the reporting period is seven days. In addition, a PIR must also be filled out here.

Important for package travelers: The same deadlines apply to them, but they must report the loss or damage to the organizer. And even package tourists can't avoid going to the airline counter. You will also need the PIR document.

This is proof that the airline is responsible for the damage or loss - i.e. that the damage actually occurred in connection with the booked trip, explains the EVZ when asked.

Being without a suitcase at the holiday destination usually also means: no change of clothes. According to the consumer advocates, travelers are allowed to buy replacements, if only if they have to do without their luggage for a few hours. However, the purchases must be limited to what is really necessary. Toothbrushes, underwear, swimming trunks, shirts and pajamas are not a problem.

Of course, travelers must keep the receipts for the replacement purchases. You should also have the luggage label from check-in ready as proof in such cases.

Good to know: According to the consumer center, the airlines usually only reimburse half of the costs for clothing that has been bought as a replacement. After all, it could still be carried on afterwards. If the suitcase is lost on the return journey or arrives home late, there is usually no refund for emergency purchases.

Exceptions to this rule can be return journeys from vacations lasting several months or if, for example, a special piece of clothing has been lost that you urgently need - a tuxedo, for example.

According to consumer advocates, the upper limit of liability for luggage problems is currently just under 1700 euros per passenger. In addition to necessary replacement purchases, airlines have to pay for things that have been lost or damaged. However, valuables such as jewellery, money or laptops are exempt from liability. They also belong in hand luggage, such as medicines.

It helps to have pictures of the contents of your suitcase before you travel to prove that you have lost your items. In the case of particularly expensive items such as designer clothing, it can also be helpful if you can also present the receipts for them.

Note: According to consumer advocates, airlines only reimburse the original price for items that can be proven to be new. Otherwise, the current value, which is calculated individually, applies. Airlines often only pay flat-rate daily rates that are intended to cover all costs.

It is therefore all the more advisable to have concrete evidence of the contents of the suitcase in the form of photos and purchase receipts, just in case. Because: "Fortunately, it does not happen often that people continue to insist on the daily rates even when concrete evidence is presented," writes the EVZ when asked.

If the value of the luggage exceeds the liability limit of the airline or if you have valuables that require special protection with you when you travel, luggage insurance can be worthwhile.

Because, according to the consumer center, they often only pay under very narrow conditions, it makes sense to read the terms and conditions (GTC) carefully before taking out the policy.

Interesting for package travelers: You can reduce the travel price for the period in which you have to do without your luggage.

According to the consumer advice centers, package holidaymakers are "usually entitled to between 5 and 50 percent of the daily travel price per day without luggage". If the suitcase remains missing during the entire holiday, up to half of the total travel price is to be reimbursed.

If you want to reduce the travel price, you should inform the organizer immediately about the unavailable luggage, the consumer advice centers recommend - either directly by telephone or via the tour guide on site.

1 Corded and Cordless: These vacuum cleaners do a good... 2 Just a "very good" powder: turmeric is a... 3 Öko-Test kokelt: charcoal in the test - three times... 4 Öko-Test cleans the wet room: These bathroom cleaners... 5 Grilling with Öko-Test: A grilled sausage is "poor" 6 Cleaning with goods test: five toothpastes are "very... 7 100 euros in July: when is the child bonus on the... 8 32 times Classic-Zisch in the test: The best mineral... 9 Short of cash: Should you lend money to the family? 10 What's wrong with the dormouse: is there a risk... 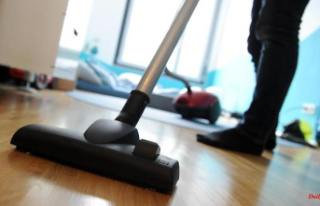 Corded and Cordless: These vacuum cleaners do a good...