Negative interest on the checking or money market account gnaws at the savings. 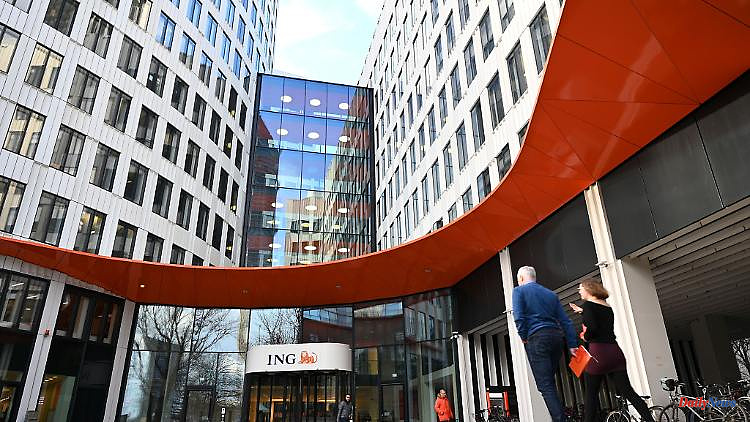 Negative interest on the checking or money market account gnaws at the savings. But that could soon be over. The direct bank ING is now reacting to the expected rise in key interest rates in the euro zone and is initiating a trend reversal for many of its customers.

According to its own statements, ING Germany is abolishing negative interest rates for the majority of its private customers. On July 1, the bank will increase the allowances for credit balances on current and call money accounts, for which no custody fee is due, from the current 50,000 to 500,000 euros per account, as the institute announced on Tuesday. ING Germany is thus passing on the positive interest rate trend on the capital markets to its customers at an early stage.

"With the increase in the allowance for credit balances on the current and extra accounts, the custody fee will no longer apply for 99.9 percent of our customers," said Nick Jue, CEO of ING in Germany. "We were one of the last banks to introduce a custody fee and are one of the first to do away with it." The promise to cancel the custody fee when the negative interest ceases is redeemed by the institute for almost all customers even before the European Central Bank makes a decision.

In the face of record inflation, Europe's monetary authorities are heading towards an end to ultra-loose monetary policy. A first rate hike in July is considered increasingly likely. Currently, banks have to pay 0.5 percent interest when parking money at the ECB. Economists expect that the central bank will probably raise this negative deposit rate to 0 percent in several steps this year. Recently, more and more financial institutions had passed on the negative interest rates to private customers. Some credit institutions collect a custody fee from as little as 5,000 or 10,000 euros on the call money or current account.

"If the interest rate environment continues to develop positively, we will also let our customers participate in this development," assured Jue. According to its own statements, ING Germany also expects that the increase in the allowances will also convince those customers who have not yet agreed to the General Terms and Conditions (GTC) including the custody fee "and that the bank will thus terminate fewer customers than previously planned".

According to a decision by the Federal Court of Justice more than a year ago, credit institutions must obtain the consent of their customers when changing the general terms and conditions. Financial institutions must therefore subsequently ask for approval of current fees.

1 Maintaining a standard of living: This is how pensioners... 2 Labor law question: Can the boss announce pregnancy? 3 Interest rates are rising rapidly: which fixed interest... 4 Secure contributions: Work abroad can count towards... 5 Become visible: What really matters during the probationary... 6 Saving tips from the experts: This is how energy costs... 7 Expensive groceries: 15 tips to save when shopping 8 Best with a contract: This is how you can buy used... 9 23 percent protection: Linde with a 13 percent chance 10 Avoid blunders: Eight things not to do when travelling 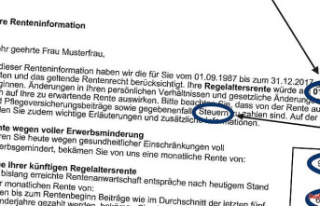 Maintaining a standard of living: This is how pensioners...