At the height of the pandemic, the majority of the world locked down almost completely, closing offices, schools, retail stores, and much more 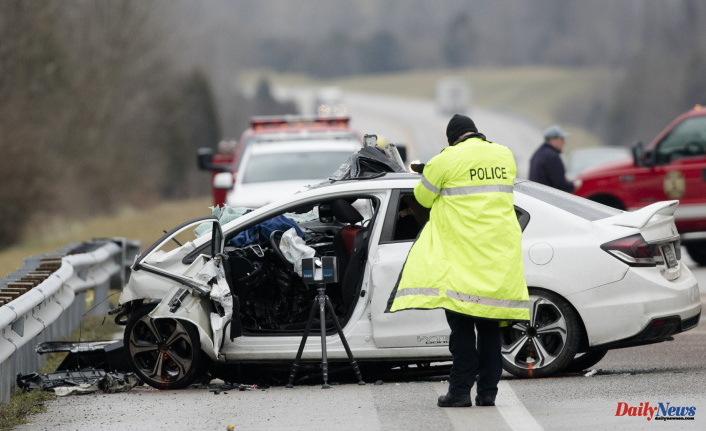 At the height of the pandemic, the majority of the world locked down almost completely, closing offices, schools, retail stores, and much more. As a result of these closings, traffic dropped significantly, as people simply had nowhere to go.

However, in a surprising twist, the decrease in traffic didn't correspond to a decrease in accidents, injuries, and deaths on the road. Why didn't the roads become safer when fewer people were driving on them? The complex answer offers an interesting look at how driving habits changed during the pandemic and potential solutions for keeping drivers safer in the future.

A Promising Start to the Initial Traffic Slowdown

In the United States, traffic volume decreased by 16 percent during the first half of 2020, according to statistics released by the National Highway Safety Administration. A similar reduction was also found in traffic worldwide. For example, France enacted one of the strictest lockdowns in Europe, resulting in an 80 percent drop in accidents during the pandemic's early weeks.

Until the pandemic, fatalities on French roads trended upwards. In March 2019, 250 people died in traffic accidents, a 7.3 percent increase from the same month in 2018. However, in 2020, the number of traffic fatalities dropped to 130. At first, the decreased traffic corresponded with a drop in fatalities.

In a Sudden Reversal, Instances of Dangerous Driving Increase

Unfortunately, the drop in fatalities was only temporary. For instance, in the second quarter of the year, US traffic fatalities increased by 30 percent. Other countries also saw an increase, or at least a lack of a decrease, in auto-related deaths.

The causes are three-fold:

Commercial, heavy-duty trucking didn't slow down during the height of the lockdowns. Demand increased for groceries, electronics, and many other household goods. Unfortunately, because commercial trucking continued on at regular levels, accident rates for these types of vehicles remained relatively unchanged.

Additionally, many non-commercial drivers took advantage of the empty roads. A NHTSA study found that many of the drivers injured or killed in an auto accident in 2020 were speeding, impaired, or not wearing a seatbelt. In France, excessive speeding increased by 12 percent during the first week of the lockdown. Three weeks after the lockdown lifted, the news program 60 Minutes found excessive speeding increased by 15 percent.

Although the reasons for increased speeding and reckless road behavior remain unclear, many experts believe the pandemic played a significant role. Increased stress, idle time, and drug and alcohol consumption led many people to drive recklessly, especially as the emptier roads provided an opportunity to do so.

“Whether it’s speeding or drunk driving, a reckless driver can change the lives of those around them in an instant. Just because there are fewer people on the road, it does not justify negligent driving and it’s alarming to think that habits during COVID can carry over after the pandemic,” says Lin McCraw from the McCraw Law Group. “The most common fact pattern surrounding fatal car accidents is slowing traffic on the highways. Construction, weather, or another accident could cause cars to slow down rapidly, leading to dangerous, high-speed collisions. Always remain cautious when driving at high speeds, and always wear a seatbelt.”

As traffic resumes normal levels, poor driving habits developed during the height of the lockdowns will continue to have repercussions on the road, and officials are  strategies to help everyone stay safe. Do your part and follow the rules of the road to keep you and others around you safe and avoid accidents.

1 California's largest lake is in danger of being... 2 Biden defends the departure from "forever war",... 3 Ida's hot aftermath: No electricity, no water,... 4 After mass evacuation, California fire engulfs Lake... 5 Victorious Taliban put their focus on governing after... 6 Triell on RTL: The beautiful glow 7 Uni live column: Studying with acute psychosis 8 Tips to Level up Your Horse Racing Betting 9 Gregg Leakes, NeNe Leakes’ Husband, Dies at 66 after... 10 Ronaldo is the highest-scoring international soccer... California's largest lake is in danger of being...