A frenzy of color that whets the appetite for the warmth and light of Africa: the German artist Ruth Baumgarte, who died in 2013, is posthumously honored with exhibitions. 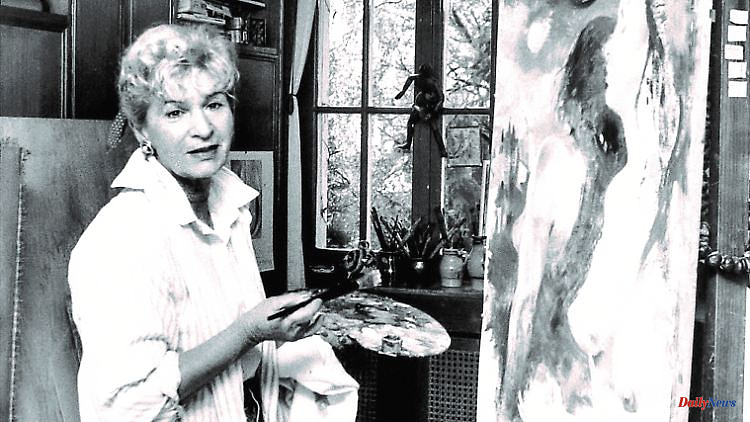 A frenzy of color that whets the appetite for the warmth and light of Africa: the German artist Ruth Baumgarte, who died in 2013, is posthumously honored with exhibitions. Currently in Vienna's Albertina with an Africa cycle that makes you dream.

Lava-like flowing landscapes, intoxicating light, people who merge with the environment. The audience feels the closeness to nature, the warmth and sun of Africa. Flaming red tones, rich orange and ocher mix with strong pink and violet. Images that fuel the longing for other worlds. Ruth Baumgarte's brightly colored paintings are warming - especially when it's dark and cold outside. With the exhibition "Africa: Visions of Light and Color" the German artist is now being rediscovered in the Albertina in Vienna. A special treat: Her art is complemented by a number of works and tapestries by Athi-Patra Ruga, born in 1984. This catapults Baumgarte's African streams of color into the present day. The South African artist has just accepted the Ruth Baumgarte Prize, which is endowed with 20,000 euros.

The artist offered this prize a year before her death and codified it with her foundation, which she founded in 2012. The list of the now eight award winners includes prominent figures such as Nan Goldin and William Kentridge. Baumgarte's youngest son, Alexander Baumgarte, takes care of his mother's life's work with great dedication. From an early age he watched his mother in the Bielefeld studio, and later he was her interested travel companion in Africa. Baumgarte tells ntv.de about an adventurous journey between Nairobi and Tanzania, during which the car swayed like crazy on the unpaved road. "I was happy when we finally arrived at our destination. My mother, on the other hand, wasn't afraid. Nothing bad ever happened to her on her travels."

Since 1957 the artist has been drawn to Africa more than 40 times. "These weren't tourist vacation trips," says Alexander Baumgarte. "She had friends there, knew journalists, artists, but also other people." And sometimes stayed for months in South Africa, Uganda, Kenya or Ethiopia. Here she created small sketches of people she met, interested in their stories. These colour-intensive oil paintings were only created back in her Bielefeld studio. In doing so, she distanced herself from place and time, painting universally valid pictures in which she interwoven figures and landscapes.

Women play a major role in Ruth Baumgarte's paintings. But she doesn't position them as feminist beings in her paintings. She reflected on the gender roles found in Africa. Most of the time, women work hard in their scenes, men don't appear in the images cast by women. She herself married the Bielefeld industrialist Hans Baumgarte in 1952 and had to agree to a tough contract on the separation of property. As an emancipated woman, she did not want to trade her life as an artist for a life as a housewife and mother. She wanted to combine both. Over the decades, she thought about divorce several times, but decided against it out of a sense of responsibility towards their three children and their mother who lives in the house.

She remained a self-confident woman, did not let herself be pushed into role clichés and an inappropriate corset. However, living alongside a wealthy man curtailed her freedom in many ways. Between the 1950s and 1970s, it was still legally anchored in West Germany that husbands could patronize their wives. As an act of self-liberation, she founded the producer gallery "Das Fenster" in 1975. In doing so, she wanted to promote the regional art scene.

The gallery financed them from their picture sales. However, working in the gallery also means that she has less time for her own art. In 1986 she broke this vicious circle and gave up the gallery. During this time, life in the Federal Republic, which was shaped by diffuse fears, became too narrow for her, and she traveled to Africa again and again. Away from armament debates and RAF terror. The 63-year-old was fascinated by the social ruptures in African cultures, the people, landscapes and social life in the villages and towns. She began her Africa cycle, which is now considered the high point of her artistic life in the Albertina.

Athi-Patra Ruga fits particularly well as the award winner, because he himself sees his sources of inspiration in white European artists like Ruth Baumgarte. His works are similarly expressive and colorful. You could almost overlook them in the Albertina, they fit so well into the exhibition. In his paintings, performances, tapestries or glass images, Athi-Patra Ruga shows avatars that are free of gender, class or ethnicity. Uninhibitedly, the 38-year-old dissolves geographic boundaries, gender attributions and social differences in African history. He imagines an equal South Africa without racism and homophobia. Because despite liberal laws, LGBTQIA people in the so-called rainbow nation have a hard time and are still fighting for equality.

Ruth Baumgarte shows women with a respectful look at their work, for example drying pumpkin seeds. She looked at Africa without any gesture of colonial superiority. The post-colonial debates and questions of cultural appropriation and expropriation that flare up almost every day today did not exist in her time. The Vienna-based and New York-born art historian Renée Gadsden says in her speech on the award winner Athi-Patra Ruga that she thinks little of this ongoing discourse, where everyone ends up in some drawer. "We must understand that we are on this journey together, all particles have their place. This is comparable to the ying and yang sign. In the white there is a dot of black and in the black part there is a white. You, Athi, are the first black artist, openly gay, to be honored with this award. This is inspiring and important to many people."

Nobody knows what Ruth Baumgarte would say about the discourse. Alexander Baumgarte describes the mother, who was born in 1923, as a humanist. When she began her art studies in Berlin in 1941, she became a precise observer of her surroundings. Even then, her drawings were dedicated to people in their reality. Since she did not shy away from uncomfortable truths, her pictures of the Nazi dictatorship were not shown publicly. In the 1950s she portrayed workers in the steel industry for years. In her art, she repeatedly looked at the outsiders of society.

Her Africa cycle is also about persecution, flight and migration - this can be seen in her sketches, which are also on display. Nevertheless, political events play a role here, hardship and despair are shown. With her later choice of color and the dissolution of the forms, she also expressed the flickering unease in her towards social conflicts. The energy that emanates from her pictures is positive and makes you want more from Ruth Baumgarte.

The exhibition "Africa: Visions of Light and Color" runs until March 5th in the Albertina, Vienna

More about the Ruth Baumgarte Foundation 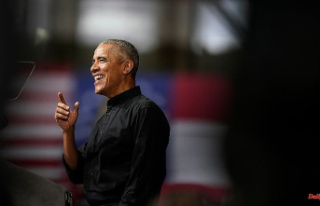