On Sunday, President Joe Biden will meet with world leaders at the Group of 20 summit to discuss ways to alleviate supply chain bottlenecks that are hampering the global economy's recovery from the coronavirus pandemic. 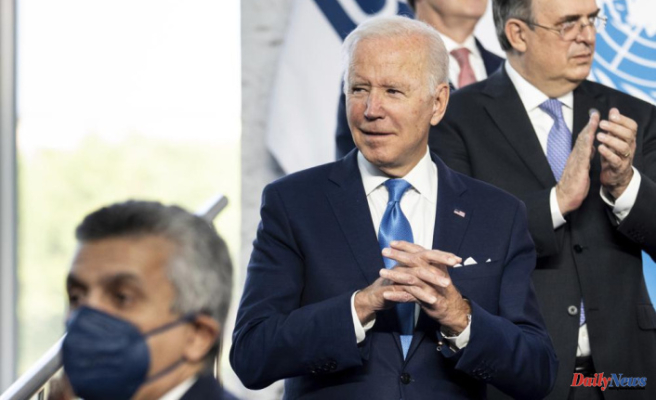 Even though the global economy has spent $15 trillion to fight the effects of COVID-19 on its infrastructure, many of the largest economies in the world are suffering from mass shortages. Ships are still waiting to dock, shipping containers are getting more expensive, there are not enough trucks to transport goods to ports, and factories are being shut down by virus outbreaks.

Biden's supply chain problems have been a source of political and economic pain. The delays have led to inflation and could have an impact on holiday shopping. Republican lawmakers have used the supply chain issues and inflation threat to criticize Biden's economic leadership.

According to a senior administration official, Sunday's meeting will be a chance for the president to address how each country can identify and solve bottlenecks. This is an effort to ease pressures and increase growth.

The larger goal is to increase coordination between countries in order for supply chains to be more resilient. This will mean greater transparency in shipping issues so that potential problems can be identified. Biden will discuss strategies that countries can use to ensure essential goods like computer chips don't go offline for extended periods of time after the pandemic.

According to a senior administration official, the president was expected to announce U.S. plans for stockpiling critical minerals and metals as well as details about which U.S. resources would be available to stop blockages at key ports around world.

Biden also met with Turkish President Recep Takyip Erdogan on Sunday and was scheduled to appear with Ursula von der Leyen (president of the European Commission) to discuss an agreement between the U.S.A. and EU to resolve a dispute over Trump-era steel and aluminum tariffs.

Although the president will hold a news conference, his domestic agenda may draw as much attention than his foreign policy efforts. The House Democrats will vote Tuesday on Biden’s $1.75 trillion spending plan to support families, health care, and the environment. They also plan to vote on his $1 trillion infrastructure plan which has been approved by the Senate.

A "erase button"? Big Tech could be bribed...