Leonidas Iza leads the protest of the indigenous people of Ecuador. 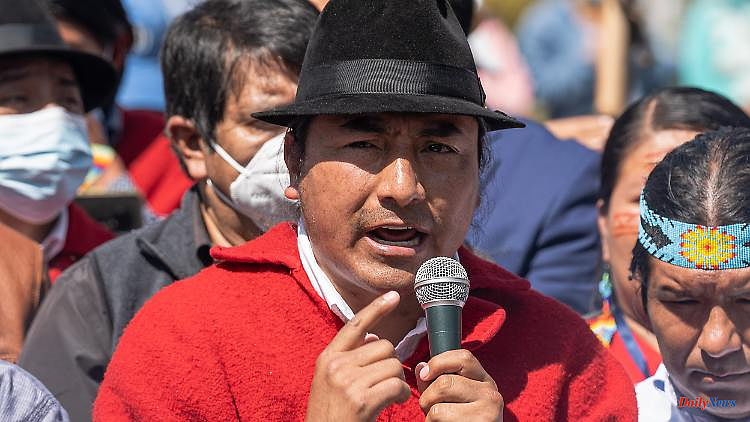 Leonidas Iza leads the protest of the indigenous people of Ecuador. This is aimed in particular at high fuel prices and often ends bloodily. Now Iza is arrested by the police. Whether his announcement of new protests plays a role remains to be seen.

In Ecuador, the head of an influential indigenous group and leader of the protest movement against high petrol prices has been arrested. The police said on Twitter without specifying what Leonidas Iza is accused of. On Monday, Iza led nationwide protests with numerous street blockades.

The indigenous confederation Conaie confirmed the "arbitrary and illegal" arrest of its leader and called for a "radicalization" of the protests. The Conaie has repeatedly been involved in significant waves of protests in the past. Eleven people died in 2019. The then President Lenin Moreno then gave up the planned abolition of fuel subsidies.

The oil-producing country of Ecuador is suffering from rising inflation, unemployment and poverty, which are being exacerbated by the corona pandemic. Fuel prices had risen sharply since 2020. In October 2021, President Guillermo Lasso froze prices after protests led by Conaie. At that time there had been dozens of arrests and injuries.

Conaie is now calling for a reduction in the price of fuel and also for a discussion about current price controls on agricultural products at the expense of farmers and mining concessions awarded in indigenous areas.

President Lasso warned on Sunday that the government would not allow roads or oil infrastructure to be blocked. Iza nevertheless announced further demonstrations. Indigenous people make up a good million of Ecuador's 17.7 million inhabitants. 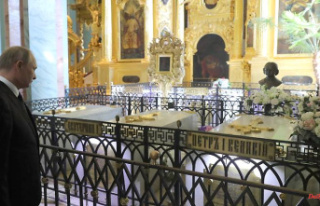 Imperialism in the 21st century: "What Putin...