Serbia and Kosovo both want to join the EU, but they have not resolved the conflict with each other. 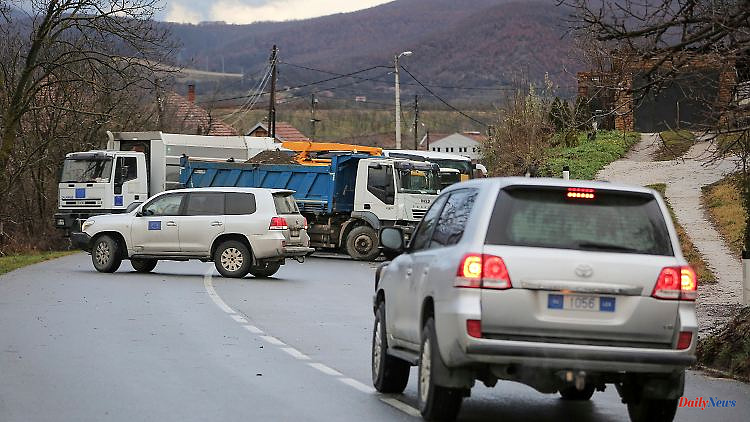 Serbia and Kosovo both want to join the EU, but they have not resolved the conflict with each other. This is evident again in northern Kosovo, where there are road blockades and exchanges of gunfire. The EU foreign policy representative is appealing to both sides.

In the north of the western Balkan country of Kosovo, tensions between the authorities and the Serb minority are increasing again: after a night of gunfire with the police, Serb demonstrators blocked the main roads in northern Kosovo for a second day this Sunday. Serbian President Aleksandar Vucic said on Saturday evening that he wanted to ask the NATO security force KFOR to station Serbian police and armed forces in Kosovo. EU foreign policy chief Josep Borrell warned both sides of an escalation.

Serbia has not yet recognized the independence of the former province. Tensions have existed in northern Kosovo, which has a Serb minority, for years. Most recently, the EU had successfully settled a dispute over license plates. Serbian nationalists do not want to accept Kosovar license plates. The latest protests were sparked by the arrest of a former Serbian police officer on Saturday.

EU mission Eulex, tasked with monitoring northern Kosovo, said a flashbang was thrown at one of its armored vehicles on Saturday evening. "The EU will not tolerate any attacks on Eulex or violent, criminal acts in the north," Borrell warned on Twitter. "Barricades must be removed immediately by groups of Kosovo Serbs. Calm must be restored."

The postponement of the local elections planned in northern Kosovo to April 23 is causing additional tension. President Vjosa Osmani announced on Saturday that this step had become necessary to ensure a high turnout and to invite observers to the votes. Many Serbs have already announced that they will boycott the elections. The EU has repeatedly warned the governments of both countries that EU accession is not possible without a settlement of the conflict. Serbia is already an accession candidate. Kosovo plans to apply for EU membership before the end of 2022. 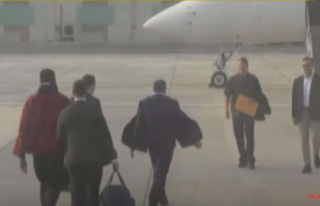