The meeting of the seven most important economic nations in Upper Bavaria is over, now the states are to discuss further in a "climate club" how they want to further reduce their greenhouse gas emissions in view of the energy crisis. 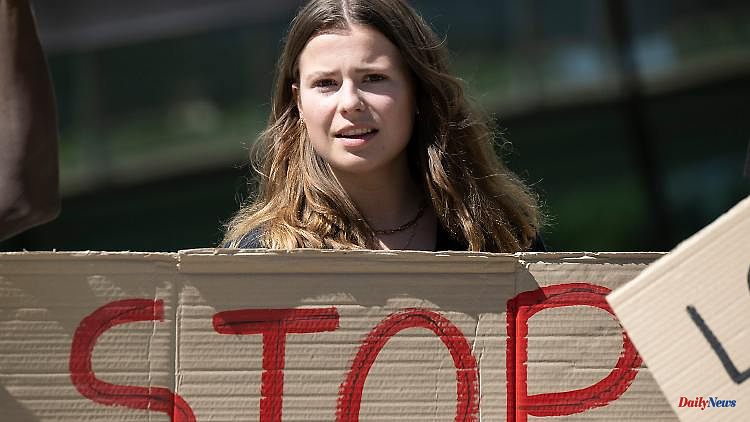 The meeting of the seven most important economic nations in Upper Bavaria is over, now the states are to discuss further in a "climate club" how they want to further reduce their greenhouse gas emissions in view of the energy crisis. Climate activist Luisa Neubauer explains to Markus Lanz why she doesn't think much of this idea.

If you don't know what to do, you set up a working group. This saying may have come back to one or the other after the resolutions were announced at the G7 meeting. Among other things, a "climate club" was agreed there. Fighting climate change in times of war - not an easy task. The guests on the ZDF talk show Markus Lanz discussed this on Tuesday evening. In particular, the SPD foreign politician Ralf Stegner and climate activist Luisa Neubauer have distinguished themselves. And if it had been about winners and losers, Neubauer would have been clearly ahead.

Stegner sees the decisions made at Schloss Elmau in Upper Bavaria as promising. But then he criticizes a bit: "I've read the communiqués. I hope that something more has come out of it than is announced there." One point is particularly important to him: "We have to win the war in Ukraine, because we need the resources for something other than an arms race, namely to save the climate."

But the decisions made by Schloss Elmau are not enough for the climate activist Luisa Neubauer. Although she admits: "Measured against what our worst fears were, the outcome of the summit is not the worst of all scenarios." Nevertheless, she misses the urgently needed change of perspective. Neubauer is particularly critical of the proposed founding of the climate club: "Bavaria has built eight wind turbines in recent years - and is proposing a club for which there are no regulations, no secretariat, where it is not clear what should happen from it. Instead with To fight against global warming by all means, to found a climate club - I don't think that's a good idea."

The first difference of opinion between Stegner and Neubauer comes right at the beginning of the show, when it comes to ending the war in Ukraine. Stegner demands that there is an urgent need to talk about this. Although Russia can no longer win the war, neither can Ukraine. Therefore, one must consider whether the West should supply Ukraine with unlimited arms, or whether one should return to diplomatic talks soon. He fears that society will eventually stop accepting arms deliveries. And: "With further deliveries of arms, we will no longer have resources for the actual problems such as global famine or climate change."

"People in Ukraine would cry if they listened to you like that," counters Neubauer. Neubauer accuses Stegner of playing the starving people in Africa against the people of the Ukraine. "They open hierarchies of suffering." Neubauer demands that Russia and its war no longer be financed. "We are prolonging the war by outfitting both sides."

In the course of the program, Neubauer reports on a study by an American think tank that shows how, with a lot of small steps, one can be independent of Russian gas this winter. This includes the construction of all wind turbines that have already been decided upon by the end of the year - a measure that would be very difficult to achieve in practice due to the current shortage of skilled workers and building materials. But maybe that's not really what you want.

When asked directly by Luisa Neubauer whether he was in favor of a "full energy embargo against Russia," Stegner answered somewhat rambling: The sanctions could harm us more than Russia, there is a threat of the collapse of industrial society with subsequent mass unemployment. Then you can no longer do what Neubauer rightly demands, i.e. the fight against climate change.

"Horror scenario," is what she calls the politician's statements. On one point, however, Neubauer gives in: a total embargo would be very expensive. "But there is no peace for free, for anyone," she adds.

Stegner and Neubauer agree on one point, which the SPD politician puts it this way: "The greatest source of energy that we have is to save energy." Neubauer goes a little further: people are used to saving, from nutrition to vacation planning. Only in the case of the climate is this apparently impossible. "As a result of this war, we are now realizing that everything is connected. There is no right to waste energy." You have to get rid of the belief that you just have to turn some tap and something will come out of there. The idea that you can protect the climate when you feel like it is no longer true. "A vision burst, and it was high time."

Now we have reached a phase where we have to state: "Fossil energies strengthen autocrats, they are anti-democratic, they endanger democracy. Getting out of this is not an ecological project, it is a pro-democracy project." However, the conversion from fossil to renewable energies will only work in the short term if we do without something, says Neubauer. "The only question is: renunciation where we want it, or do we let the catastrophe dictate it?"

Stegner agrees: "We know we have to transform our society towards more climate protection, and we have to do that much faster." "But then please do it," demands Neubauer.

The ministers of the federal government are currently traveling around the world and buying fossil fuels, she criticizes. If you want to achieve climate-friendly change quickly, something completely different is needed: for example, a job offensive for climate change or a catalog of measures with potential savings.

Neubauer: "The price pressure is there. The war is here. The climate crisis is here. We don't need any more arguments." 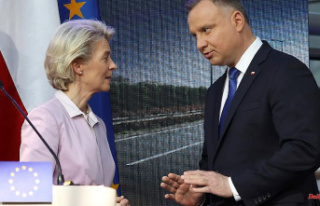 Despite changes to the judicial system: the EU continues...